Sometimes called the “bridge to the world,” Panama holds
a myriad of investment opportunities within its narrow borders 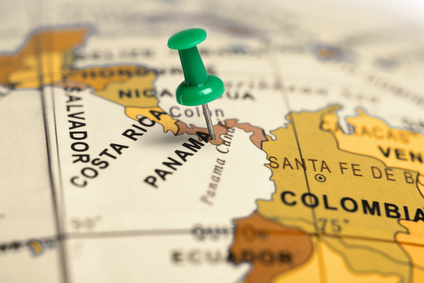 You might not have heard much lately about this Central American country, but it’s been on our radar for a while. More and more vacationers have been drawn to Panama in recent years – from 2004 to 2014, the nation’s visitors essentially tripled. In fact, 2016 was Panama’s biggest tourism year ever, leading to the country being placed on Forbes’ annual top destinations list while also reporting a 22 percent increase in visitors during the previous year.

Panama has one of the fastest growing economies in the region due to increased foreign property demand. Because it is easy to apply and qualify, the country boasts one of the most popular permanent residency visa programs in the world … yet another reason retirees are flocking to Panama’s sunny shores.

In addition, its economy has been bolstered by several long-term infrastructure projects, including the expansion of the Panama Canal. The first cruise ship passed through in spring 2017, opening the way for increased tourism. All this means that property prices and rental yields are on the rise.

Panama’s calm, mild climate also makes it the perfect place for high-demand crops like coffee and precious hardwoods. We’ve highlighted several agricultural investment opportunities on our podcast, and most of them are in … you guessed it, Panama! Agricultural investing can be a great way to diversify your portfolio, protect your nest egg, become an international investor, and provide long-term security.

Take some time to discover Panama! We’ve compiled a list of helpful resources below. Dig in!