Looking for solid returns in a market that can weather financial storms?
St. Louis is the place for you! 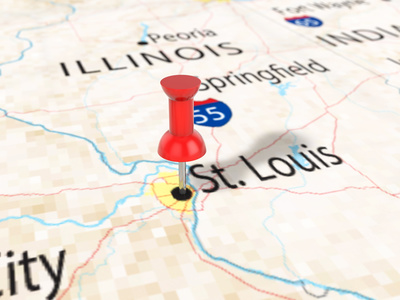 St. Louis is more than just a bustling port city … it’s the LARGEST metro area in Missouri, not to mention one of the largest in the U.S.  It is home to nine Fortune 500 companies and a major player in the technology, healthcare, and agriculture industries.

St. Louis weathered the 2008 market crash like a pro.  Today, it has a steadily growing market and high home sales.

In 2017, St. Louis demonstrated the highest year-over-year growth in the nation in both the number of home sales and number of homes for sale. The multifamily housing market generated $425 million in sales in the first six months of 2017.

Due to rising demand, the market value of residential properties grew by 12%in the past two years. Vacancies are at a record low, and tenant demand is matching construction rates. Its low interest and tax rates are an added bonus!

Within the educated millennial demographic, St. Louis demonstrates a solid rate of growth.

Millennials are attracted to St. Louis’ job opportunities and vibrant culture, making it a top-10 city for millennial home ownership.

Due to its high capacity for handling grain barges, St. Louis is known as the Agricultural Coast of America.  The city is strategically positioned to become a major player in transporting high-demand agricultural products like corn and soybeans.

And St. Louis boasts 25,200 clean-energy jobs … more than double that of any other urban area in the state and a strong sign of a rapidly growing clean-energy industry within the state. The city has also added more than 2,000 tech jobs in the past year.

St. Louis isn’t a temporary craze. The city shows signs of sustainable long-term growth … and we expect this metro area to make steady, reliable progress for years to come.