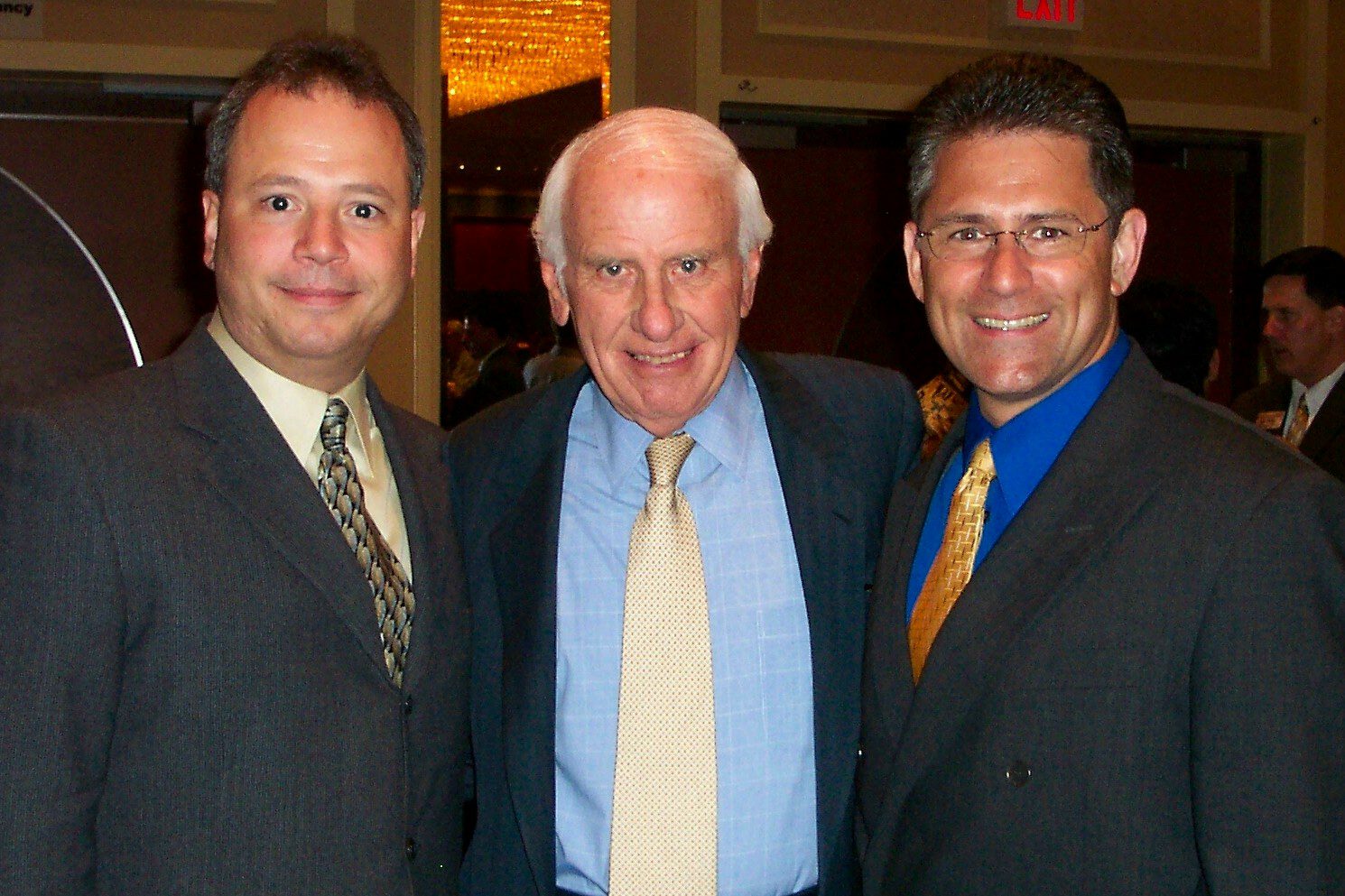 Jim Rohn is one of the most influential thinkers in modern times.  A prolific speaker and author, Jim has influenced millions of people during his illustrious multi-decade career.  One of his most notable students is the world famous Anthony Robbins, who has gone on to influence many millions of people himself.

Robert Helms (left) founder and host of The Real Estate Guys Radio Show has been privileged to spend personal time with Jim Rohn on many occassions over the years and counts Mr. Rohn as one of the people who has most influenced his life.  The Real Estate Guys were honored when Mr. Rohn provided his endorsement of their book, Equity Happens.