The Lone Star State is known for cowboys and sprawling metro areas,
business-friendly regulations and welcoming folks with country drawls.
Houston represents the best Texas has to offer. 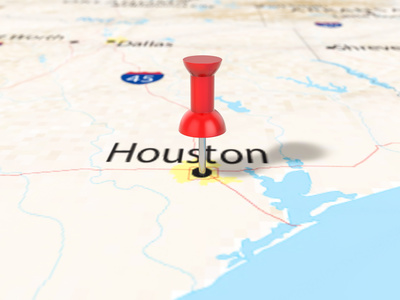 Not just in area … though it spans over 10,000 square miles. Not just in population … though with six million people and growing, this city is primed to become the third largest city in the United States. Not just in industry … though Houston is home to America’s largest gas and oil industries and a major player in the medical, tech, shipping, and retail industries.

Houston is a HUGE market for real estate, with home sales and inventory continuing to increase.

In 2017, Hurricane Harvey hit with a vengeance, causing swaths of destruction across the city. But Houston has proved to be resilient to natural disasters. The city rebuilt quickly, and mere months after the storm, both home prices and home sales were up over the year before.

And with innovative infrastructure andcity planning projects in the works, Houston is set to be prepared for future natural disasters.

The city is also resilient to economic downturn … home prices recovered to pre-recession value by 2014, compared to markets like Phoenix, which in 2017 are still rebounding.

Houston excels in many major areas:

With its resilient economy and infrastructure, Houston shows no signs of stopping. This market is likely to continue to be a major center of growth for years to come.