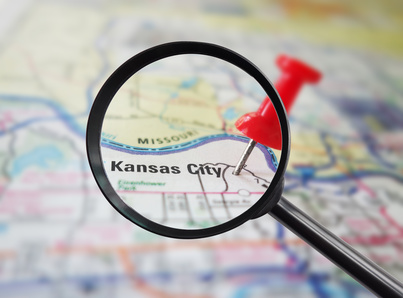 You may think that Kansas City is just another sleepy Midwest town in a flyover state… but THINK AGAIN.

In the last several years, Kansas City has established itself as the next big location for business and investment.  As the 6th largest city in the Midwest, 33 major companies call Kansas City home.

Notable business growth in several sectors — technology, engineering, and pharmaceuticals, to name a few — has led to a housing boom, with developers and investors scrambling to keep up with the demand.  And you know the age-old lesson: Where there is demand, there is CASH FLOW.

Extensive job opportunities and low cost of living has attracted large numbers of millennials to the area…and they love it!  Millennials often get a bad rap, but they make up the largest share of the nation’s renting population.  Guess which city came in #6 on Forbes list of best cities for renters?  You got it. Kansas City.

The metropolitan area is rapidly expanding and revitalizing its infrastructure to meet the needs of its new residents.  Downtown Kansas City is currently undergoing a $6 billion redevelopment project, complete with condominiums, apartments, and offices.  A new nine-block entertainment district, The Power and Light District, is quickly becoming a cultural hub.  Oh, and let’s not forget about sports.  The city is home to NFL, MLB, and MLS teams, as well as the U.S. Men’s National Soccer Team.

By 2019, all of the separate metro services in the city will be completely merged into one state-of-the-art entity.  A modern streetcar line has recently been completed downtown, and a new rapid transit bus line is under construction.

What about transporting other materials?  More rail tonnage passes through Kansas City than any other city in the country.  The metro area also has more limited access highway lane-miles per capita than any other metropolitan area in the U.S.

As you can see, there are plenty of reasons why Kansas City might just be the next investment destination on your list.  Get started with our selection of helpful resources …