Growing Demand AND Great Cash Flow!
This winning market is worth digging into ... 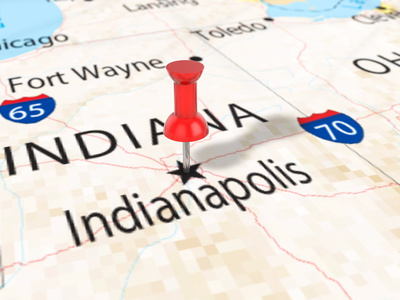 No matter what happens with the global economy, people will always (as far as our crystal ball can tell) need a roof over their head.  We’ve said it before and we’ll say it again … Cities with large, economically diverse population bases we see as a safe-haven for real estate investment portfolios.  These cities tend to offer political clout, infrastructure and lifestyle amenities.

In 2015, Indianapolis became the second most POPULOUS city in the Midwest and 14th largest in the U.S. Midwestern cities are becoming hot spots for Millennials!  Not only is Indianapolis home to several schools of higher education, but it is filled with many cultural and sporting events.  So it seems to us that the population type gravitating to Indianapolis gives reason to believe that continued strong rental demand is on the horizon.

Lots of people are coming to this fun-filled hub … And so are JOBS!  This thriving city is becoming known as one of the “Silicon Valley’s of the Midwest”.  Not only is this city highly attractive to businesses, but it also has a very diverse economic base.  Such as, health-care, education, sports, manufacturing, distribution, technology, conventions, government, and the list goes on … There are lots of different ways your tenants can make money to pay you rent!

As retail is giving way to online sales, distribution hubs are increasingly in demand.  Indianapolis is a primary industrial, commercial, and transportation center for the Midwest and is fast becoming one of the Top Distribution Hubs in the U.S.!  Here’s a crazy fact we came across …  Did you know within a single day’s drive you could reach about 70% of the country’s population? …  from Indianapolis!

Following this trail of thought …

“Those emerging markets with the combination of good jobs, good affordability and a growing population of new renters and potential first-time home-buyers represent the best opportunities for buy-and-hold real estate investors to buy low and benefit from rising rents in the years to come.” – Daren Blomquist, VP at RealtyTrac

… We think Indianapolis is worth looking into!