Florida has long been a heralded go-to for tourists and RETIREES ...
who happen to be BOOMING!   But who else? 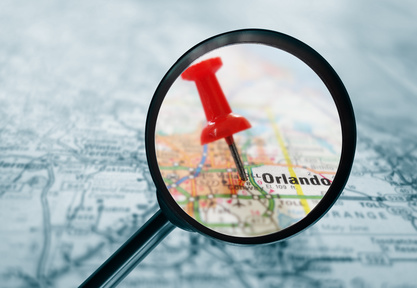 When it comes to choosing markets, you already know you are looking for DEMAND.  .The demand we are talking about comes from lots of people who sleep under roofs.  Florida boasts of over 20 million in population … It holds its own right up there with the largest states in the nation.  The Orlando Metropolitan Statistical Area is the third largest metropolitan area in the state of Florida.

What else drives demand for this sun-shine state?

We’re glad you asked!  You’ll definitely want to read the latest Reports & Articles below, but here’s some of our thoughts to prime your thinking-pump …

Florida continues to be a prime target for the migrating 75 million Baby Boomers … talk about demand!

You already know retirees love warm weather.  And Florida’s climate is probably going to continue to meet the “Sun Belt” criteria for the foreseeable future.  The mass exodus of retirees to this sunshine state is far from over.

Who else is flocking to Florida?  Well, who else would be in the Boomers wake?  You guessed it, Millennials!  No other Florida metro makes the top 10, but Orlando ranks among the highest metros for the largest share of the millennial population.

High JOB GROWTH and affordability attract this younger generation.  According to Forbes, Orlando’s job growth for 2016 ranked No. 1 compared with 382 U.S. metropolitan areas … Orlando is one of the top 25 MSA’s currently (2016) experiencing the biggest economic surge.

Thumbs  up for No State Income Tax!  Unless you’ve got wind of something different, there seems to be no change here in the near future.

Florida has been touted as a Low-Cost of Living state.  Housing is right up there as one of the biggest living expenses for most people.  If someone retired by selling a home in New York and relocated to Florida, their housing budget goes a lot further.  Ok.  That’s interesting, but …

An even more important factor in assessing the cost-of-living is, not the market people are coming from, but the income of the locals.  The Housing Affordability Index is one thing we like to look at when considering the sustainability of a markets growth.  Is the market economy primarily fueled by foreign investments and out-of-state investors gambling on returns?  Or is strong, local economic health supporting the property rental rates and values?

This index measures median household income relative to the income needed to purchase a median-priced house.  The Orlando Metro’s affordability index in 2016 was 58% above the national average.

Orlando is EXCITING!  We see a convergence of demographic demand, scarce supply, influx of out-of-state wealth, AND LOCAL economic stability.  As a whole, because of the large number of people that tend to move in and out of the state, Florida’s housing market has historically been volatile … If you were watching Florida during the 2008 crash we don’t have to explain this to you.

Imagine you could see strong monthly profits, take advantage of the trends in demand, and secure your cash flow with a diversified, stable tenant base.

The Orlando MSA from July 2014 – July 2015 has the fastest growing population of the country’s 30 largest regions according to the U.S. Census Bureau.  Orlando, and it’s surrounding communities, power the Orlando economy with blue collar and service workers diversified outside of the tourist industry – these communities tend to hold their values, rental rates and occupancy.

Put your boots on the ground and come explore the market for yourself!  In the meantime, here are some helpful resources we trust you’ll find useful as you dive into this exciting area …