Historic election stunner in Massachusetts! What does it mean? Why should you care?

If you’re a die hard, true blue Democrat, you’re bummed.  And if you’re a progressive liberal with a groupie crush on Barack Obama, you’re borderline suicidal.

On the other hand, if you’re a dyed in the wool, gun-toting Republican, you’re thrilled. And if you’re an ultra-conservative, Obama demonizing, big government conspiracy theorist, you’re euphoric – and possibly hung over.

But what if you’re just a regular American, who goes to work everyday, pays your bills, and are busy trying to navigate all this change while you’re building toward financial security – and maybe even financial independence?  In that case, it seems, you’re in the majority.

You see, this isn’t about which team won.  The talking heads, though they feign “objectivity”, all really have a team they’re pulling for.  But when things get really tough, most Americans don’t care about political parties.  They don’t care WHO is right.  They want to work and enjoy the fruits of their labor.  And right now, it seems, they want more balance.

Back in the old days, people would have antennas on their house to capture the television broadcast signals.  These antennas were up on poles that could be 10 feet or taller!  To hold them up, the homeowner would attach wire 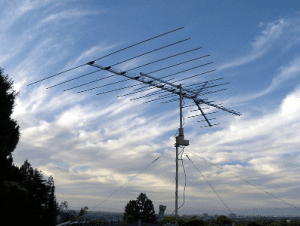 cables high up the antenna pole and then to 3 or more corners of the roof.  Then they’d cinch those cables up real tight so they pulled against each other with the antenna stuck securely in the middle, where it stood tall and strong against the gusts of winds and storms that would blow against it.

Of course, if one cable snapped – or even stretched and lost its resiliency – the antenna became unbalanced.  In this weakened state, even a modest storm could easily knock it down.  When this occurred, the homeowner would get up there and tighten up (or replace) the loose one and restore healthy tension.

The American people, in their wisdom, using their rights of free speech and to vote, have jumped up on the roof of the house and are attempting to restore healthy tension.  If you’re on one side or the other, you don’t like it because you have to work so much harder and wait so much longer to advance your agenda.   To which the people in the middle, say, “Good.”

Now there’s an interesting word. Confidence.  Don’t they say that consumer confidence is the key to economic recovery?

Bill Clinton and Ronald Reagan were opposite in many ways, yet America thrived under both.  The reasons can be debated, but one worthy of consideration is that both were great communicators held in check by an opposite party Congress (just as their respective Congresses were held in check by them).  People felt like they knew what was going on and it wasn’t too much too fast.

So, as we often ask, what does this have to do with you and your real estate investing?

Well, in our (not always so humble) opinion, quite a lot actually.  Here’s why (and it’s pretty simple):

When things are changing too fast, it demands too much of our attention.  When people are uncertain and uncomfortable, they don’t act until the dust settles.  Without the American people taking action, nothing happens.  You can’t legislate motivation or confidence.  And we’re finding out, you can’t stimulate it either.  It’s the product of an environment.

Conversely, when things are chugging along at a comfortable pace, people can make plans.  They can assess risks and take action.  Americans are not the kind of people who like to be taken for a ride – no matter who’s driving.  We like to be in our own driver’s seat.  This is especially true of entrepreneurs and small business owners.  When people are confident they start businesses, they hire people, they make investments, they spend money.  In case you hadn’t guessed, this is all very good for the economy and for your real estate.

Your personal satisfaction with the election results is really just a function of which side you’re “pulling” for.  Whichever side that is really doesn’t matter (for purposes of this discussion). What’s important is that everyone is pulling and that the tension pulls us into the middle.  That’s good, not because of the policies or the gridlock, but because it makes the majority comfortable and eventually confident.  We know it’s hard to get excited when your team “loses”.  But this recent election isn’t the big win or big loss so many want to make it out to be.  It’s a glimmer of hope for one group and a reality check for another.  It’s tense, which is what makes it good long term for the economy and for your real estate.

Even more good news:  it will take time for a renewed healthy tension to restore confidence.  And even more time for that confidence to actually show up in the economy – because most people take a Wait and See approach.

This is where YOU have opportunity.  Because when the swells of recovery are rising on the horizon and the 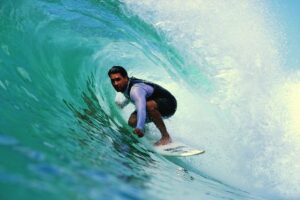 average person isn’t moving until it’s upon them, there’s still a lot of time for you to get in position to ride the next wave.  Keeping with the surfing analogy, not every swell will turn into a wave you can ride.  But some will.  So, proceed carefully, but proceed.  As we like to say, Think and Do is better than Wait and See.  Surf’s up!