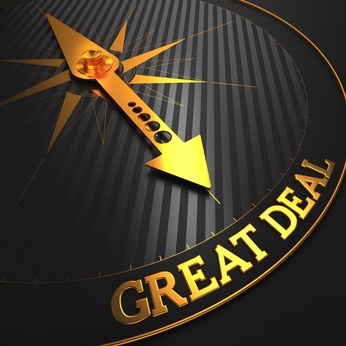 Everyone wants a good deal.  In fact, everyone wants a GREAT deal.  But how do you organize your real estate investing business to be sure you’re always among the first to know when a great deal comes available in your preferred market(s)?

Great question!  So let’s move you to the front of the line and answer it right now.

Lining up another great episode of The Real Estate Guys™ Radio Show:

As every child quickly learns, life isn’t fair.  And as much as politicians and community organizers try to “level the playing field”, the brutal fact of life is that some people get treated better than others.  As Don Henley croons, “Get over it.”

So now, rather than complaining or opining about how it should be, let’s just deal with the way it is.  The good news is there are lots of practical things YOU can do to enhance the quantity and quality of real estate investment opportunities that come your way.

First, you have to get the right mindset.  That is, you need to operate from the basic belief that your reputation is the foundation of earning preferential treatment.

Think about the brands you love and those you hate.  We all have them.  For example, we LOVE Southwest Airlines.  We travel all the time and we’ve found Southwest to be great the vast majority of the time.  Perfect?  No.  But when something goes sideways, we let it slide because it’s rare and they work hard to make it right.  Consequently, Southwest is usually the FIRST airline we will book with, even if we have to pay a little extra (which seldom happens).

On the other side of the coin is Delta Airlines.  In our dictionary, DELTA stands for Don’t Ever Leave The Airport and Don’t Expect Luggage To Arrive.  We hate Delta.  We go out of our way to avoid Delta.  And if we have the opportunity to take a cheap shot at Delta (like this one), we will.

In your real estate investing business, who do YOU want to be?  When a great deal comes across a broker’s or a wholesaler’s desk, do you want to be the person they would crawl naked across a freeway of broken glass to avoid, or do you want to the the FIRST person they call with that really amazing opportunity.

So step one is understanding your reputation is IMPORTANT.

Side note: Just so you don’t think we’re just shallow, vindictive, grudge holding, petty guys…you should know we had a HORRIBLE experience with American Airlines just this month.  REALLY bad.  Russ was ready to file them in the Delta file.  It was THAT bad.

But Robert was a more gracious.  So even though American completely screwed up a very important trip when it was easily within their power to help us, Robert realized it was their FIRST egregious offense.  So because it was just one particular supervisor at the DFW first class counter who shall remain nameless (“Kirk”) we gave the company a chance to redeem themselves.  And they did.  First, by hearing the complaint and taking steps to compensate.  And even though it was too little too late to make a practical difference, it was a nice gesture.

But more importantly, American won Russ back by providing a genuinely fabulous customer service experience through flight attendant Charlene on a return trip from our Belize field trip. So, as Harry said to Lloyd in Dumb and Dumber, “Just when I think you can’t be any dumber, you go and do this….and totally redeem yourself!”.

All that to say, Delta hasn’t redeemed themselves.  But we’re not bitter….not at all.  Now back our story….

So HOW do you get to the front of the deal flow line?

First, be clear about what you want and what you’re willing to do, so you can make fast, accurate decisions.  You don’t have to always say yes (more on that later), but when you do, you can’t come down with a bad case of buyer’s remorse.  Let your yes be yes, then aggressively perform your duties under the purchase contract.

Yes, it’s a lot to think about.  So the time to think about it is NOT when the deal is sitting on your desk for your review, or worse, after you’re in contract and your due diligence period has begun.

Get all that figured out before the deal’s on your desk, so you can tell the marketplace what you’re looking for, and you can say “yes” or “no” decisively when the deal arrives. 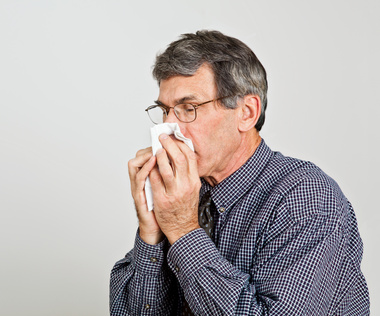 Unless you’re willing to buy anything anywhere from anyone at any price, you’re going to get deals that won’t fit your profile.  That’s okay.  Just don’t waste the deal.

Remember, every deal coming across your desk is looking for a buyer.  That’s why it’s on your desk.  But if you’re a “no” more often than a “yes”, you can bet it won’t be long before those deals stop calling.  It’s like dating.  Too many no’s and the invitations stop coming.

So, we think it’s a really good idea to build a big network of fellow investors.  Take the time to find out what other investors are looking for and keep good notes.  Then, when a deal comes across your desk that doesn’t fit in your wheelhouse, you get a chance to take a double dip in the goodwill pool by referring it out to someone that it’s a better fit for.

Now, you’ve helped the deal find a home (the seller and his agent will really appreciate that, and will probably bring you a deal again), AND you’ve helped another investor find something they’re looking for.  Wouldn’t you want someone bringing YOU good deals?

Don’t underestimate the value of being a connector.  Sometimes, there’s room in the deal for you to get financial compensation.  But even if there isn’t, you should do it any way.  The good deal “karma” should provide an even better long term reward.

Be a Boy Scout

The boy scout motto is “Be Prepared”.  Good  idea!  But what does that mean in the context of pushing to the front of the deal flow line?

First, as previously discussed, know what you’re looking for.

Next, know your market.  A “good deal” is always “compared to what?”.  If you don’t really know your market, you might not recognize a good deal (or a rip off) if it hit you in the face.  By the time you’re holding yourself out to the world as Ready, Willing and Able, you should have invested the time to know what prices, rents, etc are in your target area.

Also, be liquid.  That means you have your earnest money and down payment cash ready to wire.  If you’re a syndictor and need to collect funds from your investors, at the very least, make sure they all have their funds ready to go.  Don’t assume they’re standing by to wire you money because they said they were in six weeks ago.

Line up your lender.  If you’re planning to use financing, make sure you’ve got your mortgage funding sourced and you know what the underwriting looks like.  In some cases, a pre-approval is appropriate.  In any case, you should be aware of all the documents you’re going to need to provide when formal underwriting begins.  They’ll be plenty of paperwork to sift through that’s related to the property, so it’s a good idea to have all the paperwork necessary for the borrower as prepped as possible. 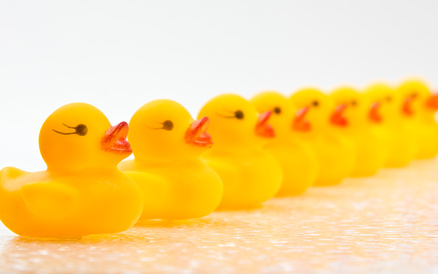 In addition to your lender, have your other team members on deck.  There are some technical team that are near you, like your advisors for tax, asset protection, estate planning, etc.  They deal with you more than the property.  Your lender may be in this camp too. Sometimes, the lender will be part of your “away” team (the people who need when you’re investing someplace other than where you live).

Your primary local market advisors include property management, inspectors, property insurance and real estate law.  Most of the time, these advisors needs to either be near the property or be licensed and expert in the laws of the area where the property is located.

But if you have 1-3 weeks for due diligence after you’re in contract, or you have a 24 or 48 hour period to review the deal before it get’s passed on to the next person, then you don’t want to waste one minute chasing down your team.  Have them lined up, too.

Okay, now that you have your head screwed on straight and your team line up, it’s time to go wade into the deal flow.

There are two schools of thought, but they’re both based on the same concept.  Opportunities that everyone sees tend not to have as much profit meat left on the bone.  They’re a little picked over.

School #1 says, “Anything in a public listing is crap that won’t sell, therefore it’s a bad deal.”

School #2 says, “Anything in a public listing is crap that won’t sell, therefore the seller will be more pliable and I can negotiate favorable terms from a motivated seller.”

Both are right.  You just need to decide how much time you want to spend trying to find the elusive silver lining in a deal that most other people saw fit to pass up.  It’s not that you can’t get a good deal, but how hard do you want to work?  And are you REALLY that much smarter than everyone else who passed?  We’re not.

We think there’s a better way. 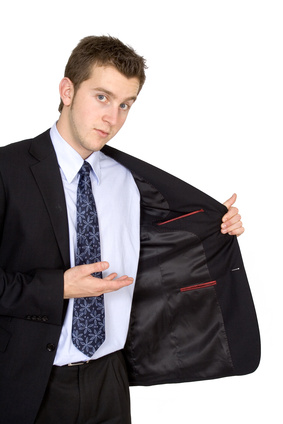 First, understand that in the investment world, it pays to be an insider.  With paper assets, you risk jail time.  But not with real estate.

So while real estate agents who deal in owner-occupied residential routinely advertise, it’s because they need to get maximum exposure to find that one person or family that the home will be a good fit for.  The parties will come together and do that one deal, then they may never see each other again…at least not for several years.

But investment agents play differently.  They have clients who are serial buyers.  They’re often more loyal to the buyer than the seller because the buyer are a source of more repeat commissions.

Which brings us to the next topic…

Real estate agents will typically take the shortest path to the surest payday.  Bigger is good.  Faster is better.  Bigger and faster is best.

If you want to be first in line, don’t slow things down by being wishy-washy and disorganized.  And don’t try to get into the agent’s commissions.  Because if bigger and faster is best, then slower and smaller is worst. 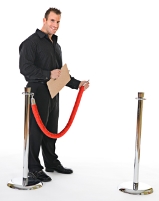 When you go to the big concert and are trying to get backstage, and there’s a big dude in black clothes holding the red rope, do you ask him for a five-spot or do you introduce him to your friend Benjamin (Franklin that is)?  Get it?

Great investment agents that control inventory are the gatekeepers to something called “Pocket Listings”.  These are deals that the market doesn’t know about.  If you want YOUR phone to be the one that rings first, remember that bigger and faster (commissions) is best.  If the deal can’t support that, then it’s not a “great” deal.

But right now, we’re looking for the shortest path to a back rub and a cold beer.  So listen into this episode of The Real Estate Guys™ radio show and discover how YOU can take your real estate investing to the next level by getting to the front of the line for great deal flow.