Trump, Kiyosaki and What Government Could Learn from Real Estate Investors

The ultimate real estate guy is running for the ultimate political office. Government could learn a lot from real estate investors like Donald Trump and Robert Kiyosaki. 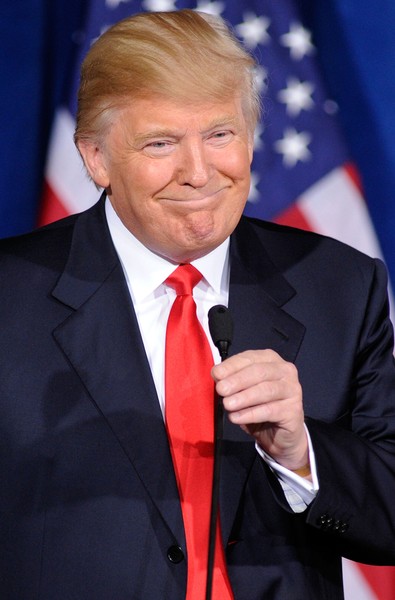 Like him or not, Donald Trump is a force to be reckoned with.

So we decided to risk a little controversy and take up a conversation about what government might learn from real estate investors and entrepreneurs like Donald Trump and Robert Kiyosaki.

Chiming in on the conversation for this episode of The Real Estate Guys™ Radio Show:

Like the show? Help us reach new listeners by leaving us a quick review on iTunes. It takes just a minute of your time, and it would really help us out. Thank you so much!! (Don’t know how? Follow these instructions.)

Even though we’ve had Donald Trump on the show before…and we got face to face with him in Iowa last January…and we’ve watched him on The Apprentice for years…and we’ve read several of his books…Heck, we’ve even interviewed Donald’s ex-wife Ivana…

We still don’t feel like we REALLY know Donald Trump. 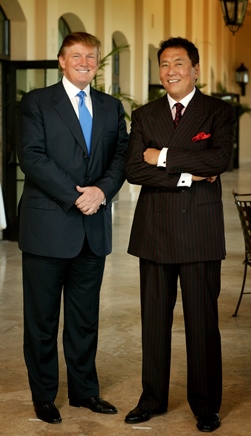 So when we heard Trump was running for President, we immediately called our friend Robert Kiyosaki….because in the course of co-authoring two best-selling books, Donald Trump and Robert Kiyosaki became friends.

So as we were flying into Phoenix to meet with Robert Kiyosaki, we started pondering what it would be like to have a bonafide real estate investor and entrepreneur in the White House.

And the bigger question is:  What could government learn from real estate investors and entrepreneurs like Donald Trump and Robert Kiyosaki?

Here’s what we came up with…

For a real estate investor, this means acquiring more tenants.  It’s the BEST way to increase revenue and profits.

Real estate investors know you can’t raise rents in a weak economy or you will LOSE tenants AND revenue.

In fact, even if you don’t actually raise rents… if you tell the tenants you’re thinking about it, they may move out…or start seriously looking for a more affordable option.

As a landlord, you’re mission is to provide people a safe, affordable place to live.  When you fail to do this, your tenants move out…or never move in to begin with.

Seems to us a government’s job is similar:  create a safe, affordable place for people and businesses to live.

When you do, you attract and retain people and businesses.  When you don’t…you don’t.

The bigger your real estate empire grows, the more people you need to help manage it…property managers, maintenance crews, bookkeepers, tax advisors, lawyers and vendors and staff of all kinds.

ALL of these people don’t pay you rent.  They feed off of the rental income.

If you don’t add customers faster than employees, you’ll go broke.  You should only add employees as your growth will permit.

The same is true for government.

When government grows faster than new business and productive population, there’s a problem in the future.

Lesson #3: Cash flow is not profit

As a real estate investor, it’s important to make your payments on time.  It builds good will with your suppliers, maintains a good credit rating and reduces your borrowing costs.

So if your rental income declines and you start relying on credit to pay your bills, everything may look fine to the outside world…for awhile…but your financial statements are telling you that you’re headed for a disaster.

At some point, you’ll run out of credit.  And even if the lenders are dumb enough to keep raising your credit limit, all you’re doing is delaying the inevitable.

The REAL problem is you’re not running a profitable operation.

When an investor is faced with this problem, the options are:

a) Increase revenue – this can be attempted by raising rents on existing tenants…IF the economy will permit it (see Lesson #1)…OR by acquiring new profitable tenants (assuming you don’t waster your dwindling resources delaying a problem instead of fixing it); and/or…

b) Decrease expenses – this is hard to do…especially if it means cutting staff…but it’s doing to happen anyway, so better to be proactive.  Kicking the can down the road (a popular political strategy) just means the problem (and the ultimate pain) gets bigger.

Every day your debt gets bigger, it takes more and more of your profit to service it.  That’s money which can’t be put into attracting new customers (Job #1) or retaining the most productive staff.

Debt is like a cancer.  When it gets to the point where a family, business or government must borrow simply to debt service…the cancer becomes terminal.

Lesson #4: Price is not wealth

In a monetary system designed to inflate (a topic too big for this blog)…it’s easy to be deceived into thinking your successful when you’re NOT.

So now the SAME property is worth $1.2 million. Yippee!  You’re a millionaire!!!

But are you richer?

In dollars, yes.  In utility, no.  After all, you still have only 10 rental units.

What about measuring wealth by purchasing power?

So you’re a millionaire, but you still only have 10 tenants and enough wealth to buy 60 cars.  In terms of purchasing power, you’re not richer at all.

There are trillionaires in Zimbabwe who can’t buy a roll of toilet paper.  For them, net worth is not wealth.

So consider a company that produces 1000 widgets per month at $83.33 per widget.  And let’s say it takes 20 employees to operate this business.

Stay with us now…it’s not that hard.  Simple math.

Now, because of inflation, costs go up, so the company has to raise its price to $100 per widget.

But have they really grown?

But in terms of adding any real value to the economy (jobs, products), they haven’t grown at all.

Just as an investor or entrepreneur shouldn’t be fooled by nominal growth that isn’t corroborated by an increase in purchasing power, customers or real productivity…

Government should be careful about measuring the merit of any policy based solely on nominal growth.

Price is not wealth.

Lesson #5: Not all jobs are created equal

Real estate investors are very focused on jobs.  After all, it’s hard for a tenant to pay the rent without an income.  So jobs are an important consideration when selecting a real estate market to invest in.

When we go into a real estate market, we don’t just look at jobs.  We look for PRIMARY drivers.

A primary driver is an employer who sells outside of the region.  In other words, they are a funnel for bringing OUTSIDE money in.

So a business that builds computers, or software, or cars, or food, or whatever…and sells to customers outside the city they’re located in…is a primary driver.

When the money from those out of area sales comes in and is paid out to LOCAL employees and suppliers, it then flows out to support the LOCAL economy.

And as the local people spend those funds on local services…such as auto service, dry cleaning, groceries, coffee, restaurants and the like…these SECONDARY businesses provide even more LOCAL employment.

BUT…without the PRIMARY business, many of these local businesses fail.

So a smart real estate investor picks markets where there are lots of healthy PRIMARY businesses…knowing that the secondary businesses will take care of themselves.

When a local, regional or national government creates an environment where primary businesses are welcome and can thrive, the secondary jobs will follow.

Someone has to bring money in from the outside.  That’s why any country can’t run trade deficits forever without eventually losing ALL its jobs.

Will Donald Trump win the Presidency?  And if Trump wins, would he be a good President?

We don’t know.  But there are two things we’re sure of…

We agree with Robert Kiyoksaki…Trump’s campaign will be entertaining and interesting.

And whether you agree with the Donald or not, having him in the race means more people are paying attention to the issues…and that’s a good thing.

Last but not least, we think real estate investors and entrepreneurs have real world wisdom governments everywhere would be well served to pay attention to.  Maybe Donald Trump can make that happen…whether he wins or not.