Donald Trump says, “If you’re going to be thinking anything, you might as well think big.”

And until Roger Bannister became the first person in recorded history to run a mile in less than 4 minutes, people thought it was physically impossible.  He changed the way people thought about their limits…at least when it came to running a mile.

So what’s keeping YOU from taking your real estate investing to the next level?  Surely it isn’t a lack of money.

After all, in case you hadn’t noticed, there’s a LOT of money floating around.  Central banks have added TRILLIONS to the global economy.  Has any of it found its way to you yet?

We’ve been tooting the horn of real estate syndication…raising private money to do deals…for the last few years.

Sure the financial crisis was painful.  We were having a ton of fun with loose lending guidelines.  Then one day someone took away THAT punch bowl and it looked like the party was over.

But it wasn’t.  It just moved.

Instead of using debt (borrowing), the new game became equity…as in “private” equity.

Wall Street figured it out.  How long before the same guys who were putting together mortgage (debt) backed securities were out raising equity to buy houses?  They were still after the same thing: streams of cash flow from housing occupants.  Except now, they needed tenants and not homeowners.

But did YOU turn the corner?  Or have you been waiting for lending to come back?

The good news is that lending IS coming back.  So if you’ve been waiting for lenders to lend again, you’re back in business.

The bad news is that you missed some of the best deals in modern real estate history.

But that’s okay.  The party is FAR from over.  There are still a LOT of deals out there.  And while lending is coming back, it’s not back like it was…yet.  When it comes back, all that debt will be added to all the cash already out there and it will create a whole new wave of price appreciation. THAT will be another fun ride for real estate investors.

But…you have to have properties to get in on the action.  After all, how much money can you make on property you don’t own?

So again…what’s holding YOU back?

In this episode of The Real Estate Guys™ radio show, we sit down to debrief a couple of regular guys who went to a seminar on how to raise money to do deals.  Sounds fun.

What’s interesting is they actually took what they learned and implemented it.  What a concept!  And they’ve since gone on to independently raise millions of dollars between them.  In less then a year.

So instead of the two radio guys yammering on about why and how to do syndication, we thought you’d enjoy listening to a couple of Roger Bannisters. 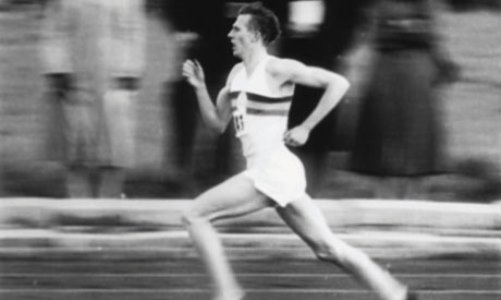 Maybe they haven’t shattered as powerful a paradigm as the “impossibility” of a 4 minute mile.

But if the little voice in your head is telling you that you don’t have enough money to get to the next level in real estate investing, go grab a broom and dustpan.  You’re about to have your paradigm shattered.

E.J. Bodnar has got to be one of the nicest guys on the planet.  Even his voice is pleasant and soothing.

So no surprise when asked what his secret of success is, E.J. talks about serving other people, sharing great opportunities with them, and not trying to force a fit.  In other words, it’s all about the other guy. 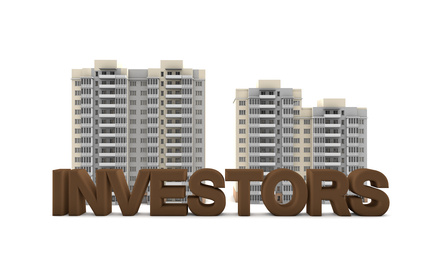 This is a GREAT piece of advice.

Many first time syndicators hate selling.  They think of selling as taking from someone else…tricking the other party into doing something they don’t want to do…making the whole experience a distastefully selfish undertaking.

And of course, nice people don’t want to be that way.  So they either won’t syndicate or they fail at it because they can’t bring themselves to sell.

E.J. has (shocker) a completely different paradigm.  And because he focuses on others, he eagerly shares his opportunities with people and they can tell he’s sincere.  He doesn’t ask anyone to do anything they don’t want to do.  It’s a very simple, yet highly effective approach.

And E.J. says that once you get the first syndication under your belt, the next one is much easier.  Why?  Proof of concept.  Are you detecting a theme?

Next up is Danny Kalenov.

Danny and E.J know each other (they’re both part of a syndication club), but they don’t work or invest together.

He discovered that the amount of income you can get from a property for short term rental (days and weeks, versus months or years) can be SUBSTANTIALLY higher.  You just have to have the right property and be prepared for the customer service component.

Since then, Danny has gone on to do a variety of different types of deals.  He works with different partners and is active in multiple markets.

Danny soon discovered that many of his friends and co-workers were watching him.  And they could see he was doing well with real estate.

Before long, they started asking to get in on the action and Danny realized he had an on opportunity.  He could grow his business by including others in his success.  But he wanted to make sure he was ready to do a good job for people.  So he started looking for ideas, information and training.

What’s exciting about Danny is that it was just one year from the time he went to his first syndication training until he had funded his first deals and quit his corporate job.

Of course, along the way he learned some great lessons.  And he’s still learning every day.

One of the big takeaways from talking to Danny is that there’s a time to learn and prepare, and a time to get out in the real world and get going.  It starts with a mindset of professionalism, a rearrangement of commitments and priorities (time budgeting) and a unique combination of confidence and humility.

So if you’re read this far, we’re guessing you’re pretty motivated.  They next step is to tune in and here what Danny and E.J. have to share.

Who knows?  Maybe some day YOU will be sharing your secrets of success on The Real Estate Guys™ radio show!