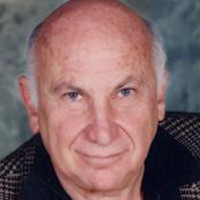 Irwin Schiff Dies While In Prison

In one of the most tragic episodes in modern American patriotism, long time tax system critic Irwin Schiff succumbed to an untreated illness while incarcerated in Forth Worth, Texas.

As long time listeners know, over the last few years we’ve become friends with Peter Schiff.  Peter’s a brilliant and outspoken pundit on economics, a best-selling author, a former candidate for U.S. Senate and a highly successful businessman.

What listeners may not know is that long before I became co-host of The Real Estate Guys radio show or ever met Peter, I’d been following the work and career of Irwin Schiff.

In fact, Irwin Schiff had a profound impact on the direction of my life and career.  In many ways, Irwin Schiff’s influence led me to join The Real Estate Guys™ and ultimately to form a friendship with his son.  But when I first met Peter, I didn’t even know they were related.  I was attracted to Peter’s mission and message.

I share this because each of you will meet people in your life who will influence you as well.  Not everyone will agree with or approve of your heroes.  Irwin Schiff was a controversial man.

But Irwin Schiff was a great man… a man of intellect and conviction.  Courageous and outspoken, Irwin unjustly suffered at the hands of the country he loved.

And Irwin Schiff died in prison… blind, sick, untreated…and at 87 years old, shackled to his hospital bed and monitored by an armed guard.

It’s unbelievable and unconscionable.   But it’s true.  I know because Peter called me the night his dad was dying and told me what was happening.

But for all Peter’s wealth and intellect, he couldn’t get the government to allow his father, a non-violent man, to die in peace with his family.  Instead, they kept him handcuffed to his bed and under armed guard.  It’s crazy when you think of the kind of people our prison system and politicians routinely pardon, parole and release back into the public.

It makes you wonder what they’re so afraid of.

Our audience is interested in building wealth through real estate.  So we try to avoid getting too political or overly involved with getting people riled up over all the corruption and incompetence we see in the government, in the banking system and on Wall Street.

We simply try to see it for what it is and navigate accordingly.

But without freedom, there is no wealth.  And without brave men and women to cry out against injustice when they see it, there is no freedom.

Freedom starts as an idea, then becomes an ideal.  But it doesn’t become real until courageous people act.  The only reason we have a United States of America is because brave freedom lovers spoke out…and then acted…against what they perceived as the tyranny of an overreaching British empire.

Not everyone agreed with them at the time.  Perhaps there are some who still don’t agree.  They’d rather go along to get along.

But not Irwin Schiff.  Irwin was a man of ideals and action.  And whether you agreed with him or not, you have to admire his courage and conviction.  I know I sure do.

Below is a tribute Peter Schiff wrote about his father.  I encourage you to read it.  Then take some time to look up the life and work of Irwin Schiff.  I know you’ll learn some things which will enlighten you.  Some will absolutely shock you…perhaps into being more aware and protective of the very freedom you hope to exercise and enjoy with the prosperity you gain through your investing.

The Death of a Patriot by Peter Schiff

My father Irwin A. Schiff was born Feb. 23rd 1928, the 8th child and only son of Jewish immigrants, who had crossed the Atlantic twenty years earlier in search of freedom. As a result of their hope and courage my father was fortunate to have been born into the freest nation in the history of the world. But when he passed away on Oct. 16th, 2015 at the age of 87, a political prisoner of that same nation, legally blind and shackled to a hospital bed in a guarded room in intensive care, the free nation he was born into had itself died years earlier.

My father had a life-long love affair with our nation’s founding principals and proudly served his country during the Korean War, for a while even having the less then honorable distinction of being the lowest ranking American soldier in Europe. While in college he became exposed to the principles of Austrian economics through the writings of Henry Hazlitt and Frederick Hayek. He first became active in politics during Barry Goldwater’s failed 1964 presidential bid. His activism intensified during the Vietnam Era when he led local grass root efforts to resist Yale University’s plans to conduct aid shipments to North Vietnam at a time when that nation was actively fighting U.S. forces in the south. Later in life he staged an unsuccessful write in campaign for governor of Connecticut, then eventually lost the Libertarian Party’s presidential nomination to Harry Brown in 1996.

In 1976 his beliefs in free market economics, limited government, and strict interpretation of the Constitution led him to write his first book The Biggest Con: How the Government is Fleecing You, a blistering indictment of the post New Deal expansion of government in the United States. The book achieved accolades in the mainstream conservative world, receiving a stellar review in the Wall Street Journal, among other mainstream publications.

But my father was most known for his staunch opposition to the Federal Income Tax, for which the Federal Government labeled him a “tax protester.” But he had no objection to lawful, reasonable taxation. He was not an anarchist and believed that the state had an important, but limited role to play in market based economy. He opposed the Federal Government’s illegal and unconstitutional enforcement and collection of the income tax. His first book on this topic (he authored six in total, self-published by Freedom Books) How Anyone Can Stop Paying Income Taxes, published in 1982 became a New York Times best seller. His last, The Federal Mafia; How the Government Illegally Imposes and Unlawfully collects Income Taxes, the first of three editions published in 1992, became the only non-fiction, and second and last book to be banned in America. The only other book being Fanny Hill; Memoirs of a Woman of Pleasure, banned for obscenity in 1821 and 1963.

His crusade to force the government to obey the law earned him three prison sentences, the final one being a fourteen-year sentence that he began serving ten years ago, at the age of 77. That sentence turned into a life sentence, as my father failed to survive until his planned 2017 release date. However in actuality the life sentence amounted to a death sentence. My father died from skin cancer that went undiagnosed and untreated while he was in federal custody. The skin cancer then led to a virulent outbreak of lung cancer that took his life just more than two months after his initial diagnosis.

The unnecessarily cruel twist in his final years occurred seven years ago when he reached his 80th birthday. At that point the government moved him from an extremely low security federal prison camp in New York State where he was within easy driving distance from family and friends, to a federal correctional institute, first in Indiana and then in Texas. This was done specially to give him access to better medical care. The trade off was that my father was forced to live isolated from those who loved him. Given that visiting him required long flights, car rentals, and hotel stays, his visits were few and far between. Yet while at these supposed superior medical facilities, my father received virtually no medical care at all, not even for the cataracts that left him legally blind, until the skin cancer on his head had spread to just about every organ in his body.

At the time of his diagnosis in early August of this year, he was given four to six mouths to live. We tried to get him out of prison on compassionate release so that he could live out the final months of his life with his family, spending some precious moments with the grandchildren he had barely known. But he did not live long enough for the bureaucratic process to be completed. Two months after the process began, despite the combined help of a sitting Democratic U.S. congresswoman and a Republican U.S. senator, his petition was still sitting on someone’s desk waiting for yet another signature, even though everyone at the prison actually wanted him released. Even as my father lay dying in intensive care, a phone call came in from a lawyer and the Bureau of Prisons in Washington asking the prison medical representatives for more proof of the serious nature of my father’s condition.

As the cancer consumed him his voice changed, and the prison phone system no longer recognized it, so he could not even talk with family members on the phone during his finale month of life. When his condition deteriorated to the point where he needed to be hospitalized, government employees blindly following orders kept him shackled to his bed. This despite the fact that escape was impossible for an 87 year old terminally ill, legally blind patient who could barley breathe, let alone walk.

Whether or not you agree with my father’s views on the Federal Income Tax, or the manner by which it is collected, it’s hard to condone the way he was treated by our government. He held his convictions so sincerely and so passionately that he continued to espouse them until his dying breath. Like William Wallace in the final scene of Braveheart, an oppressive government may have succeeded in killing him, but they did not break his spirit. And that spirit will live on in his books, his videos, and in his children and grandchildren. Hopefully his legacy will one day help restore the lost freedoms he died trying to protect, finally allowing him to rest in peace.