America’s MOST messed up state …

You may have heard … Illinois is a mess … at least financially.

Of course, there’s opportunities in there for real estate investors paying attention.  So let’s take a look and see what we can learn …

(Bruce Rauner is governor of Illinois)

“As businesses leave, so do people.”

“The problem, Rauner argued, is the hostile business climate in Illinois, including high property taxes.”

“ ‘We have the highest property taxes in America.’ ”

“Illinois is on the verge of becoming America’s first state with a junk credit rating.”

“ … the inevitable result of spending more on pensions and services than the state could afford — then covering it up with reckless budget tricks.”

“Illinois is now grappling with $15 billion of unpaid bills and an unthinkable quarter-trillion dollars owed to public employees when they retire.”

“The budget crisis has forced Illinois to jack up property taxes so high that people are leaving in droves.”

Illinois loses more residents in 2016 than any other state – Chicago Tribune, December 20, 2016

“For the third consecutive year, Illinois has lost more residents than any other state, losing 37,508 people in 2016, which puts its population at the lowest it has been in nearly a decade, according to U.S. census data …”

Okay, let’s take a break (or a Valium) and process …

Illinois politicians engaged in over-spending, over-promising, using accounting tricks to kick the can down the road …

(is that part of ‘The Politician’s Handbook”?)

… thus creating a “hostile environment” from which productive people and businesses flee.

Wow.  Surely there must be an opportunity in all this …

“ … the Illinois Chamber of Commerce said many companies here are unhappy with their prospects in Illinois.”

“ ‘… they tell us very, very frequently that the business climate in Illinois is not suitable for them to be as successful as they need to be …’”

“ … the workers’ compensation system, which is much more costly for Illinois employers than … other states – including Indiana.” 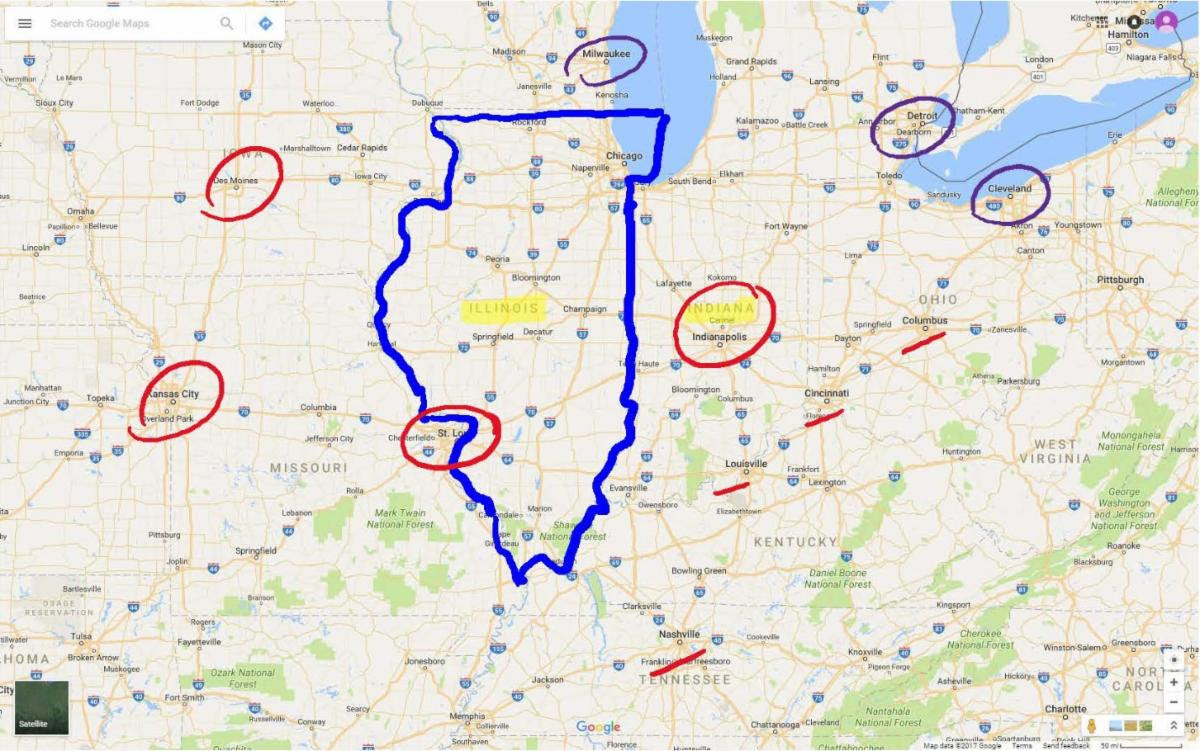 Of course, you need to do your homework.  Pay attention to taxes, regulations, worker’s comp and other payroll related expenses.  Think like a CEO … and watch what they do.

There’s also weather, retirement demographics, and housing affordability … issues which are occurring in other states as well.

According to the aforementioned Chicago Tribune article …

“Illinois residents are mostly leaving for Sun Belt states — those with the country’s warmest climates, like Texas, Arizona and Florida.”

“ … states in the South and West have better job opportunities and more affordable housing. Texas, in fact, attracts the greatest number of Illinois residents, followed by Florida, Indiana, California and Arizona, according to 2013 Internal Revenue Service migration data.”

That was back in 2013 and the current fiscal crisis is just adding fuel to the fire.

Bigger picture, Illinois is a microcosm of a macro problem.

Too much spending, too many unfunded promises, too much political gamesmanship and kicking the can down the road is everywhere.

So what can real estate investors learn … and do … in response?

As governments are pinched, they’ll cut services and raise taxes, creating a more difficult place for businesses and people to live.

Eventually, those people and businesses flee.  When they do, alert real estate investors can make moves too.

The Illinois situation has been developing for a while … three straight years of budget problems and population loss.

It’s not rocket science. There are plenty of clues in the news … and it’s easy to find supporting (or refuting) data.

Lesson #3:  Do your homework and build relationships in the right places.

Real estate is a LOCAL game … right down to the neighborhood.

You can’t possibly understand the nuances of multiple markets at the street level.  So do your remote homework. Then when things look promising from afar, build local relationships and go see the market for yourself.

That’s why we travel and promote field trips.

Lesson #4:  Go where the intelligence takes you.

After 2008, we pay a LOT more attention to market drivers and dynamics … and not just the pro-forma of a deal.

The idea, as legendary hockey player Wayne Gretzky said, is to “skate to where the puck is going.”

A BIG part of Illinois’ financial problems are under-funded pensions … at a time when the stock market is at all-time highs!

What happens if stocks tank?  Then pensions are even MORE underwater.

And if interest rates rise, pension funds may get a modest benefit on NEW bond purchases … but will take substantial losses on their current bond holdings.

Sadly, Illinois is far from alone.  According to ValueWalk …

The great news is people are waking up.

And while it’s disconcerting to learn their pensions are in jeopardy … it REALLY opens them up to taking matters into their own hands.

Of course, some won’t have enough money or expertise to go it alone. They need help.

YOU can help people take advantage of real estate by setting up syndications …  pooling capital from multiple investors to buy deals and share profits.

This is just one of many reasons we think syndicating real estate is one of the BEST business opportunities going right now.

Lesson #6:  Procrastination is the thief of dreams.

Politicians are infamous procrastinators.  But problems don’t go away … they just get bigger.

We’re watching a lot of these back-burner issues boiling over before our eyes.

The key is to see the opportunity inside the problem, then take effective action to seize it.

Politicians might procrastinate, but YOU don’t have to.  Seize the opportunity!

Until next week … good investing!