03/08/15: Pebble in the Water – Turning Your Education into Effective Action

It’s been said that knowledge is power.  But we disagree.

Knowledge is powerful only when acted upon.  It’s ACTION that makes you powerful.  And it’s knowledge that makes your action effective.

In a world FULL of knowledge, the secret to success is learning how to overcome the natural propensity to resist change, avoid uncertainty and maintain the status quo.

And when life hands you difficult circumstances, it’s easy to use them as a convenient excuse for not doing what you know you can do.

So if you’re happily going along pacifying yourself with excuses, you’re not going to like this episode…because we sit down with a remarkable person who came from humble circumstances and refused to give in or give up.

Now she’s using her personal story to inspire others…

In the studio canoe tossing pebbles of wisdom into the broadcast river:

Gena Lofton is an African-American woman who grew up in foster care.  So before she even got out of grade school, she already had three ready made excuses for why she couldn’t make it big in the world.

Gena started out with conventional education and earned an MBA in International Economics.  She continued with experiential education in corporate America, working for the likes of Ernst & Young, Warner Brothers, Nestle and DirectTV.

But she wasn’t done.

Facing her biggest fear…being homeless again…she decided she did not want to be solely dependent on her corporate paycheck. 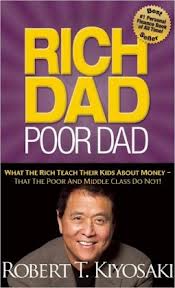 So she focused on her FINANCIAL education and discovered Rich Dad Poor Dad by Robert Kiyosaki.  Having neither a rich dad or a poor dad, Kiyosaki’s lessons struck a chord with Gena.  She realized she needed to focus on developing PASSIVE streams of income…and her vehicle of choice is real estate.

Along the way, she became a licensed General Building Contractor and mastered the art of “value added” real estate.

In her career (so far) she’s done over $100 million in deals.  Today she owns over 600 units in the United States and has now branched out into international real estate development.

But Gena’s not done.

Like many successful people, Gena’s reached a place where she’s compelled to share her inspirational story and real world lessons with anyone interested in achieving financial freedom.

Gena says we all have our own “madness”…whether it’s a fear of homelessness, old age poverty, not having enough to provide for our loved ones, or simply being chained to a daily grind that leaves us tired and unfulfilled.

In all cases, the key is to escape the madness by creating financial freedom in the form of multiple streams of passive income.

In Gena’s new book, Escape the Madness, she details the ten steps she followed to achieve her financial independence.

Now if you’re a Robert Kiyosaki fan, you’ll recognize many of the principles.  Gena’s the first to admit that Robert Kiyosaki’s teachings have been a powerful influence on her success.

What’s different is Gena’s story and the inspiration it provides to women, African-Americans, and young people who find themselves starting life from very humble beginnings.  Of course, old white guys like us find it very inspirational too!

The big point is that…as special as she is (and she is)…if Gena Lofton can take effective action to escape the madness…so can you!  More importantly, once you’ve “made it”, you’re success can help educate and inspire others to do the same…a pebble in the water.