Tax policy can be a VERY polarizing issue.  Just think about what happened in Boston in the late 1700’s. 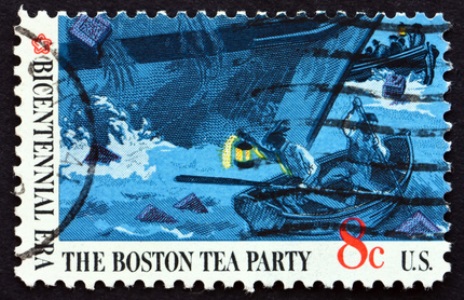 But most of that work is done inside the tax code…which grows out of the tax statutes passed by Congress…which grow out of tax philosophy, AKA tax policy.

Working backwards… tax policy is what gives birth to the tax code.

So if tax POLICY changes, then it will directly affect the tax CODE…and YOUR strategic investment decisions.

But it’s even BIGGER than that.

Consider how tax strategy impacts the decision making of corporations, small businesses and bond investors (where much of the money we borrow to buy real estate comes from).

So any proposed tax reform, whether we agree with it or not, has the potential to DIRECTLY impact the flow of capital, the expansion of supply and the formation of jobs…in YOUR local markets.

To talk about the current state of tax reform as the U.S. heads into a major election year:

If you’re familiar with our guests, you already know they share a particular slant when it comes to tax reform:  smaller and simpler is better.

You may or may not agree.  That’s okay.  While Steve Forbes and Grover Norquist may want to persuade you to their particular philosophy, that’s not what this episode is all about.

The fact is that we’re headed into a major election year.  It’s one that promises to include heated debate about how best to improve the state of the U.S. economy.

And a big part of the discussion will include what to do about the enormous and complicated U.S. tax code.

If Donald Trump is right when he says all the politicians do is talk but nothing happens, then maybe you don’t need to pay much attention.  After all, the tax code hasn’t changed much since Ronald Reagan pushed through the Tax Reform Act of 1986.

BUT…if you’re a geeky student of economic history like we are, you may recall that quite a few MAJOR events occurred in the wake of the last major tax reform…such as the Black Monday stock market crash of 1987 and the real estate bust of 1989.

However, we’re not here to dissect the 1986 tax reform act.  We encourage you to go back and study it for yourself.

The point right now is that MANY inattentive investors…both real estate and stock…got CRUSHED by the ramifications of tax reform. 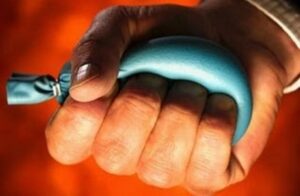 It’s called The Law of Unintended Consquences.  We call it the “squish” factor.

If you’ve ever squeezed a balloon in your hand, you know that under pressure the volume of the balloon will move…sometimes very rapidly…and pop out someplace.  But you can’t always predict when and where.

Sometimes politicians mean well (stop laughing…sometimes they do)…but the road to you know where is often paved in good intentions.

Again, we’re not saying tax law should or shouldn’t be reformed.

But if tax reform actually happens, it often means good and bad things happens…some anticipated and some not.

All that to say, we think paying attention to the potential for serious tax reform is an important use of time…especially when political change is in the air.

So we decided to sit down with two of the most outspoken proponents of tax reform, Grover Norquist and Steve Forbes.

Grover Norquist is the President of Americans for Tax Reform, an organization that was formed in 1985 at the request of then President Ronald Reagan for the purpose of advocating for the tax reform which was eventually enacted in 1986.

In a nutshell, the objective is to reduce the burden of taxes on the private sector so those resources can be redirected to more productive uses.

The thesis is that less tax means more growth, so even though the percentage of tax is a smaller part of GDP, the actual taxes collected are higher.

For our purposes, it doesn’t matter.  What we want to know is how businesses and individuals respond to it…or are likely to.

Norquist advocates for a lower corporate tax.  He says at 35% (which is higher than both Greece and France), the current corporate tax rate is a de-motivator for economic growth and job creation in the U.S.

So Norquist wants to see the corporate tax pushed down to 20%, which he says is about “average” among the major developed nations.  At this rate, he says, the U.S. is on a level playing field to attract and retain major employers.

Our question is…and if you know any CEOs or if you are a CEO of a major company, please let us know…what do CEOs think?  Will a lower corporate tax motivate corporations to stay, expand or move in to the U.S.?

We want to know because where jobs are likely to grow and stay is a very important consideration when choosing which geographic markets to invest in.

Norquist also favors the elimination of taxes on savings and investment.

This is the exact opposite of the reported position of presidential hopeful Hillary Clinton.  She’s calling for an INCREASE in capital gains tax…to nearly 40%.

(Note: You should go look up how many people the original income tax was supposed to affect…and compare it to how many are affected today…)

Our next guest, Steve Forbes has a very simple proposal…one he’s been advocating for nearly 20 years.  One thing you can say about Forbes…he’s persistent. 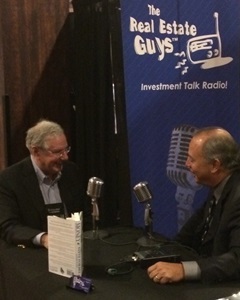 Steve Forbes’ proposal is to simply implement a flat tax.  It’s an idea that GOP presidential hopeful Rand Paul is advocating for.

Forbes’ contention is that a flat tax frees up about 6 billion hours a year currently dedicated by businesses and individuals dealing with today’s highly complex tax code.  He believes when this time and effort is redirected into innovation and production, job creation wouldn’t be far behind.

We don’t know which, if any, tax proposal will ever see the light of day…or if one does, what at the actual effect will be. 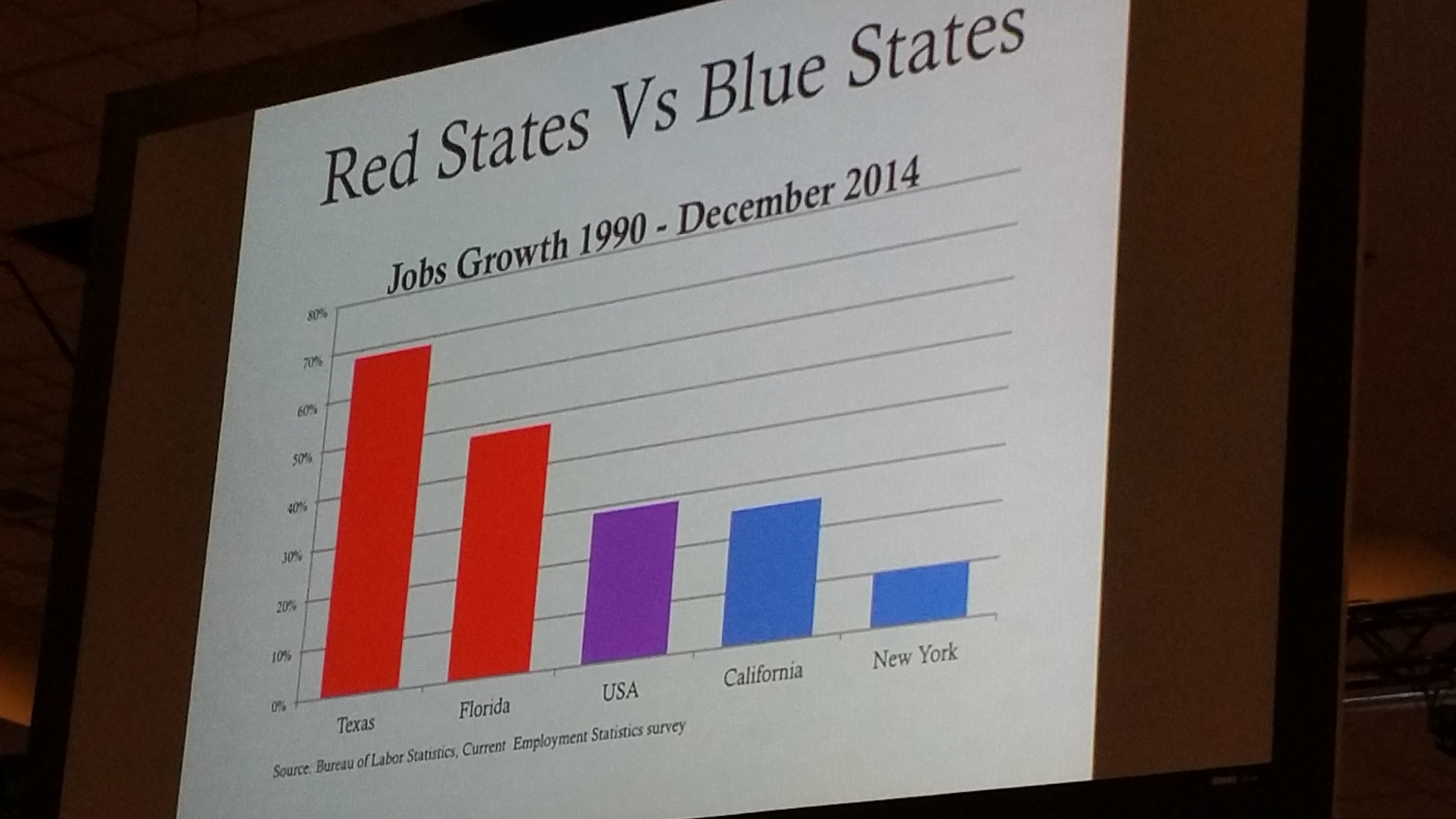 But we do know what of the four largest states in the Union…which are New York, California, Texas and Florida…two have gained the MOST jobs over the last decade while two have LOST the most jobs.

According a data we say presented by economist and former Wall Street Journal editor Stephen Moore…New York and California are the losers, while Texas and Florida are the winners in terms of both job growth AND net migration growth.

And it so happens that the losers happen to have the HIGHEST tax burden, while the winners have NO state income tax.

But if you’ve been watching TV lately, you may have seen ads for StartUp NY, which is a state government sponsored initiative that “offers new and expanding businesses the opportunity to operate tax-free for 10 years” as a way to create jobs in New York.

They say imitation is the highest form of flattery.  So perhaps this is New York’s way of tipping its hat to Texas and Florida?

But we do know that two of the BEST real estate investment markets have been Texas and Florida.  Not surprising since people and jobs are the two biggest factors which drive real estate.

The bottom line is that tax policy affects real estate investors…so it’s worth paying attention to.  Especially in a major election cycle.

So tune in and listen to what our expert guests have to say about some of the current tax reform proposals being floated around…and consider how any such reform might affect you and your real estate investing.