After December’s unexpected tumble, analysts expected existing home sales to continue to slow (-1.3% MoM) in January as mortgage rates rose, omicron hit, and homebuilder sentiment began to slow (catching down to homebuyer’s record low confidence). However, despite the soaring rates and slumping confidence, NAR expects us to eblieve that sales exploded 6.7% higher MoM (a massive beat, even more so given that December was revised slightly better)… 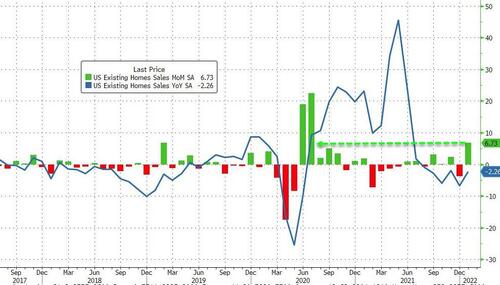 This is the first glimpse of the housing data for January and is the biggest MoM jump since July 2020 (even though YoY is still negative). 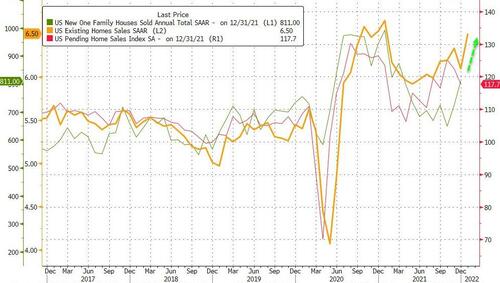 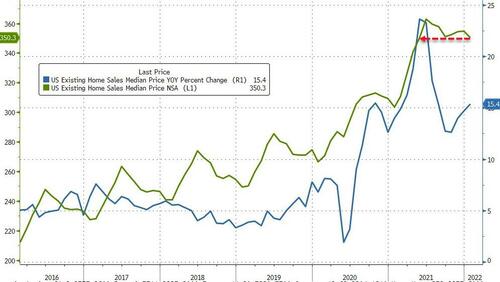 This marks 119 consecutive months of year-over-year increases, the longest-running streak on record.

According to Yun, homes priced at $500,000 and below are disappearing, while supply has risen at the higher price range. He noted that such increases will continue to shift the mix of buyers toward high-income consumers.

“There are more listings at the upper end – homes priced above $500,000 – compared to a year ago, which should lead to less hurried decisions by some buyers,” Yun added.

“Clearly, more supply is needed at the lower-end of the market in order to achieve more equitable distribution of housing wealth.”

“The inventory of homes on the market remains woefully depleted, and in fact, is currently at an all-time low,” Yun said. 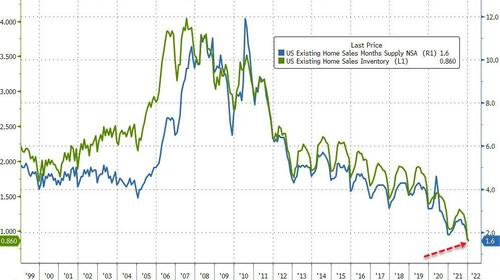 Yun explained that the forthcoming increase in mortgage rates will be problematic for at least two market segments:

“First, some moderate-income buyers who barely qualified for a mortgage when interest rates were lower will now be unable to afford a mortgage,” he said.

“Second, consumers in expensive markets, such as California and the New York City metro area, will feel the sting of nearly an additional $500 to $1000 in monthly payments due to rising rates.”

This will not end well… 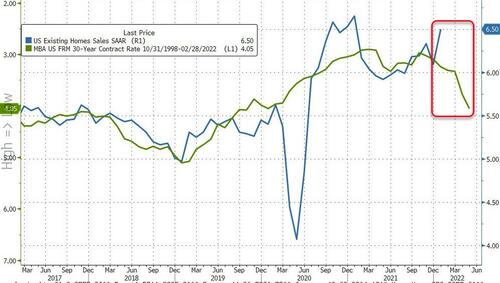 The real estate lobby better get busy at The Eccles Building.