Newsfeed: Powell Warns of Correction in Once ‘Red-Hot’ Housing Market

By Christopher Anstey via Yahoo Finance 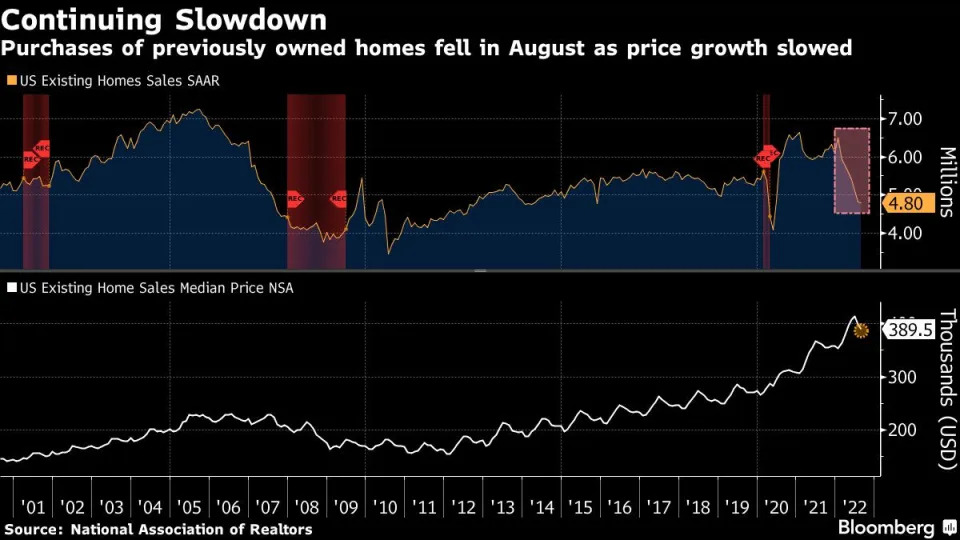 (Bloomberg) — Federal Reserve Chair Jerome Powell warned that the US housing market is likely to suffer a reversal in the wake of policy makers’ interest-rate hikes.

“We’ve had a time of a red-hot housing market all over the country,” Powell said in a press conference after the Fed’s policy decision on Wednesday, in which the central bank raised interest rates by another 75 basis points.

“The deceleration in housing prices that we’re seeing should help bring prices more in line with rents and other housing-market fundamentals. And that’s a good thing,” Powell said.

US mortgage rates have climbed to the highest since 2008 in response to the Fed’s monetary tightening, with average 30-year fixed-rate home loans reaching 6.25% last week. While home-price gains remain high on a year-over-year basis, they have been decelerating.

Home sales have been declining as high borrowing costs and elevated prices compound affordability challenges, weighing on demand. A report earlier Wednesday showed sales of previously owned US homes fell for a seventh straight month in August, the longest streak since 2007, and builder sentiment has dropped every month this year in a record slide.

A report Tuesday showed that new-home construction unexpectedly rose in August. Still, a drop in building permits showed how residential construction is coming under pressure.

“We’ve probably in the housing market got to go through a correction to get back” to a place where supply and demand are better aligned, price gains are “reasonable” and people can afford properties, Powell said on Wednesday. Property prices “were going up at an unsustainably fast level.”

However, it will take a while for home prices and rents to cool more significantly, Powell said.

“Shelter inflation is going to remain high for some time,” Powell said. “Hope for the best, plan for the worst.”