Throughout human history, there have been pivotal moments when new frontiers have opened up huge opportunities for those rare brave souls willing to take on the challenges of pioneering new territory. 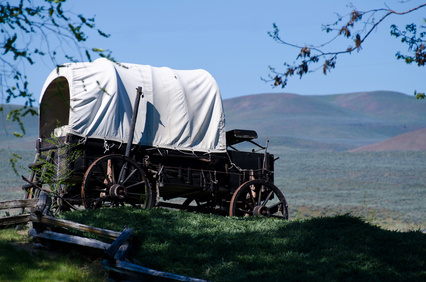 It was true when the pilgrims fled Europe to build a new life in America.   It happened again when courageous settlers answered the call to “Go West, Young Man!”.

Modern business history is replete with stories of innovative entrepreneurs who entered the unknown frontier of the internet.

For real estate investors today, a new world of opportunity has opened up…and that’s the topic of this episode of The Real Estate Guys™ radio show.

In the covered wagon studio pioneering the broadcast airwaves:

The days of homesteading huge tracts of land, or staking claims for gold mines, or prime internet domain names is long past.

So it may seem like all the great opportunities are gone.

As you may recall, back in 2010 our friend and attorney Mauricio Rauld brought The JOBS Act to our attention.  In it, were provisions to ease up on the highly restrictive rules about raising money to fund private deals.

We got excited and waited eagerly for the implementing regulations to be released.

And we waited some more….

No wonder this “recovery” hasn’t taken hold.  But that’s a rant for another day.

For a lot of people, the whole concept fell off their radar.  But not your intrepid talk show hosts.

Finally, in September 2013, the Securities and Exchange Commission (SEC) released the regs, and the legal community began to dig in so they could explain them to their eager clients.

And WHO are their eager clients?

People like us…like you…entrepreneurs of ALL kinds, including real estate investors, who’ve been locked out of marketing their opportunities to investors looking to put capital to work.

The prior SEC restrictions on solicitation gave a distinct advantage to Wall Street, where publicly registered companies can offer their stock to the general public.

Meanwhile, competing private offerings (like the $2 million you want to raise to buy that cash flowing apartment building), could only be presented to friends, family and others that the “sponsor” (the guy or gal raising the money) had a pre-existing relationship with.

While Wall Street still has a huge edge, the new rules permit sponsors to advertise to and accept investments from accredited investors…without the pre-existing relationship requirement.

Less than a year later, many of these platforms are already operating…and many more are coming.  This means more deals will see the light of day.

And for investors, more opportunities will open up. 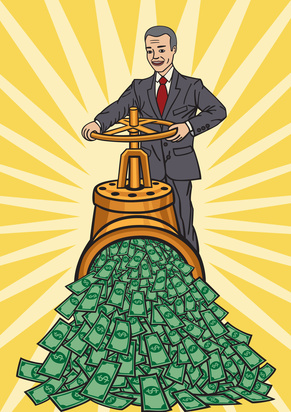 In other words, the flow of money from investor to opportunity will be opening up.   Ever since the crash, we’ve been saying that the economy doesn’t have a liquidity problem, it has a circulation problem.

And while the government has created a lot of impediments by creating more regulations, in this case they are easing a restriction imposed after the Great Depression of the 30’s….and it promises to improve the economic circulation of the economy.

Whether you decide to jump into this pool or not (as either an investor or a sponsor), the resulting flow of capital into the space will have an affect on supply, demand, capacity to pay, and inventory.  So it’s something for you to pay attention to.

Of course, if you decide to participate, a brave new world of opportunities is just opening up for you!