Wall Street won’t rest until it become the biggest – and perhaps only – landlord in the US.

According to the WSJ, Blackstone will pay for $25 a share in cash for the Atlanta-based real estate investment trust, according to a statement Wednesday. That represents a premium of roughly 39% over the closing price on Feb. 9, the day before Bloomberg News reported the REIT was exploring options including a sale.

The company is being acquired by Blackstone’s nontraded REIT, Blackstone Real Estate Income Trust Inc. The deal also includes two office properties, according to the statement.

The deal includes more than 40 rental apartment properties including 12,000 units in states including Florida, Tennessee and Georgia. Preferred Apartment also owns 54 grocery-anchored shopping centers anchored by grocery stores. About 70% of the deal’s value is in its rental apartments. 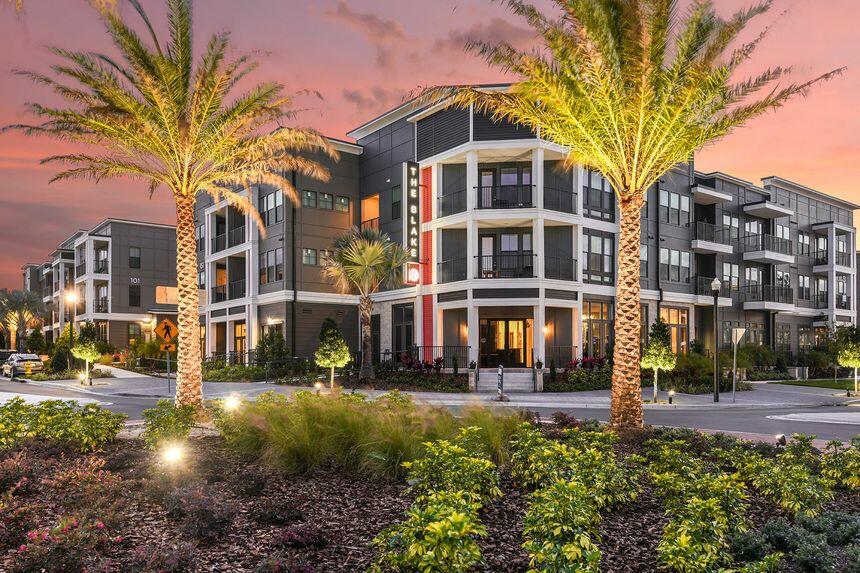 Blackstone has been aggressively ramping up its bet on U.S. rental housing. The firm has agreed to buy two other companies that own apartments in the past two months, building up its presence in states including Colorado, Texas, Arizona and Georgia.

Multifamily properties particularly in high-growth Sunbelt states have been one of the hottest commercial property types in recent years because businesses have been relocating to those regions. Owners have been able to raise rents well above the inflation rate throughout the Covid-19 pandemic.

The sale is expected to close in the second quarter of this year subject to approval by Preferred Apartment stockholders and other conditions. The merger agreement gives Preferred Apartment a 30 day “go-shop” period to market the company to other possible bidders. “There can be no assurance that this process will result in a superior proposal,” according to the written statement.

Blackstone, the world’s largest commercial property owner and until recently America’s largest landlord after scooping up tens of thousands of single-family homes in the aftermath of the 2009 subprime mortgage crisis, has been feverishly working to regain the title by bidding up rental apartments for years. The firm is purchasing Preferred Apartment through its largest fund, Blackstone Real Estate Income Trust, which has raised more than $50 billion since it started five years ago and mostly targets individual investors.

As Axios recently noted, “Blackstone’s conviction in the upside for U.S. housing is apparently higher than the record prices currently being paid” and one look at last year’s record surge in housing rents as compiled by Apartment List… 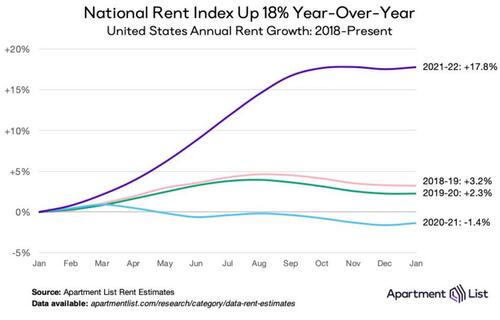 … shows that absent a major recession, there is little downside to continued rent increases.