Is This Why Oil Prices Are Down? – Thoughts For Investors

Oil matters to real estate investors.  And not just for the obvious impact on the price of gasoline and your tenants’ budgets.

It’s MUCH bigger than that.  Let’s take a look…

On November 13th we saw this headline:

This caught our attention because we’ve been watching oil for many reasons.

First, we like the idea of investing in passive income generated by essential commodities like food and energy. 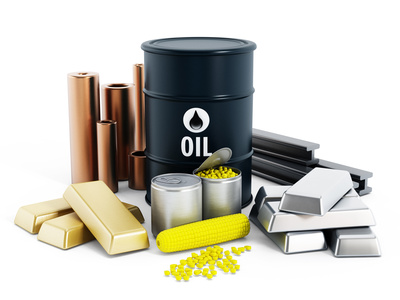 It’s a way to diversify income away from wages.  We wrote about that in our special report on oil.

Oil, like gold, is one way to both monitor inflation and hedge against it.  As the dollar gets weaker, oil rises in dollar terms because it takes more dollars to buy the same oil.

Of course, inflation hasn’t hit dollar denominated oil or gold yet, but that doesn’t mean it won’t.  And if the long term trend of the dollar is down, then a temporarily strong dollar could be a buying opportunity for things like oil and gold.

In the case of gold, Russia, China and India are gobbling up most of the world’s production.  Americans are buying record amounts.  Yet the price drops…in spite of low interest rates and trillions of dollars of QE.

Weird.  We thought prices went UP when demand grows faster than supply…and especially when the currency supply increases too.  Hmmm…. 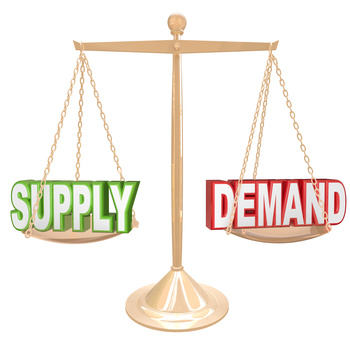 In the case of oil, some argue the price collapse was the result of a huge and sudden surge of supply against a sudden decrease in demand.

But maybe there’s something else affecting oil? Let’s take a look at why oil prices are down.

Like the dollar, oil has developed into a useful weapon in geo-political conflicts.

It’s been reported the Saudi’s are using the price of oil against Russia and U.S. frackers. 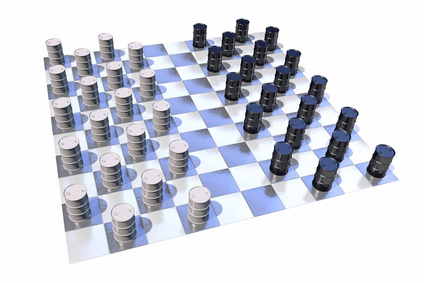 Collateral damage are countries like Venezuela, who are heavy oil exporters too.  In fact, it looks like low oil prices are forcing Venzuela to sell its gold to raise cash to pay its bills.

Wow.  That’s great timing.  Just when supplies of gold were shrinking relative to demand…a bunch of gold is coming to market.

But U.S. real estate markets depending on the fracking business…like North Dakota…aren’t as lucky.

That’s why we didn’t get too excited about North Dakota’s real estate boom.  Too much of a one trick pony.  More diversified markets like Dallas and even Houston are probably better bets.

Sure, they feel the pinch of a depressed oil industry, but there are other strong economic drivers to prop those markets up.

BUT…there’s a part of the oil story which has the potential to affect real estate investors EVERYWHERE.

That’s why THIS Business Insider headline caught our attention:

TROUBLING: Oil and gas companies are edging toward default

ANY time we see the word “default” in this hyper-leveraged daisy-chained world, we pay attention.

That’s because financial markets are FULL of debt derivatives.  These are the things Warren Buffet described as financial weapons of mass destruction.

Remember how back in 2008, Joe Lunchbucket’s sub-prime mortgage set off a chain reaction of derivatives implosions? 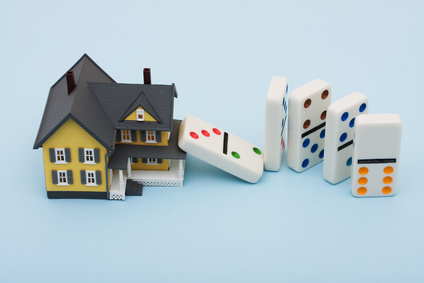 The entire house of cards was erected on the fundamental belief U.S. real estate prices were so solid they could support the weight of trillions of dollars of derivatives.

After all, hyper-leverage is highly profitable…as long as prices hold up.

Of course, when prices pull back, leverage is a double-edged sword…which can create HUGE losses.

Yet even when sub-prime mortgages started to blow up, markets were told not to worry.

“Given the fundamental factors in place that should support the demand for housing, we believe the effect of the troubles in the subprime sector on the broader housing market will likely be limited, and we do not expect significant spillovers from the subprime market to the rest of the economy or to the financial system,” said Bernanke, according to a text of his remarks posted on the Federal Reserve web site.

No surprise the Fed has taken down the page with the speech transcript the article originally referred to.

Could it be that oil companies are the new Joe Lunchbucket?

After all, no one expected the Saudi’s would launch an all-out price war against Russia and U.S. frackers.

And now, according to this Business Insider article based on the work of a JP Morgan analyst…

“…one in seven loans to oil and gas companies are edging toward default.” 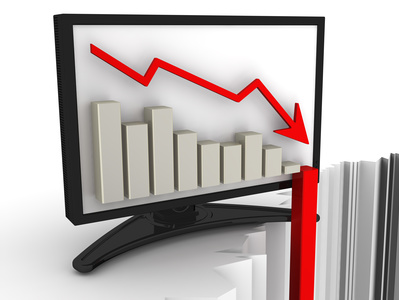 “It is likely to get worse still for banks. The SNC review was done in the second quarter, and there have been further credit rating downgrades, defaults, and oil-price drops since then.”

A month prior, Business Insider published another article based on comments by Deutsche Bank…

DEUTSCHE BANK: A wave of defaults may be just around the corner

“The credit markets have been showing signs of contagion, as Chinese growth concerns and slumping commodity prices lead to widespread selling.  That has Deutsche Bank wondering if there is likely to be a wave of companies failing to pay interest on their bonds.”

These are the same questions which were raised about Greece and Puerto Rico when they were defaulting on their debt.

You may recall, we weren’t overly concerned about those.

After all, everyone KNEW those guys were broke…so we didn’t think the Wall Street gamblers were reckless enough to lever up on them.

But like the U.S. real estate market, we’re concerned Wall Street might have been more confident in oil companies.

After all, what could go wrong with oil? 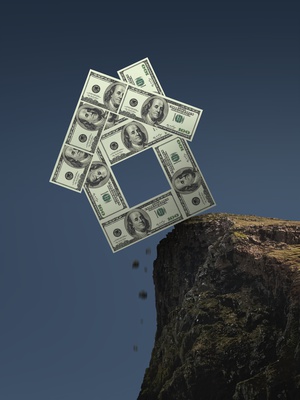 When credit gets tight, values fall.  When credit is loose, values rise.

Real estate investors and homeowners have been watching equity happen since 2009 as credit markets loosened.

But if something comes along…like oil bond defaults…credit markets might seize up again.

Of course, this is no big deal if you’re prepared. In fact, it’s a great time to go bargain shopping.  Lots of people made a lot of money buying in the wake of the 2008 crisis.

But if you’re illiquid with thin equity and tight cash flow on your properties, you might end up trapped with no capacity to take advantage of the sale.

We’re not saying oil bond defaults will be the new sub-prime that triggers a crisis.  But they could. And, it always helps to understand the bigger picture as to why oil prices are down.

So if you can see the writing on the wall… 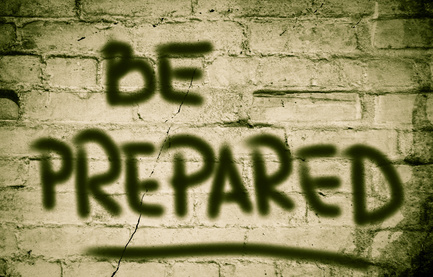 Better to be prepared and have it not happen…than to have it happen and not be prepared.

We’ll continue to watch this situation…and suggest you do the same.

Ahhh…real estate investing used to be so simple.  But no more.

Today, it’s wise to pay attention to the broader financial markets and industries which have the potential to severely impact interest rates, employment and credit markets.

And if you want to compress your learning curve, we invite you to invest a week to sharpen your understanding of economics, investing and real asset portfolio strategies aboard our 14th annual Investor Summit at Sea.  Click here now to learn more.

Until next time, good investing!