Newsfeed: Inflation Causing Hardship For Majority Of US Households

By Tyler Durden via ZeroHedge

As inflation remains at the highest level in more than 40 years, millions of Americans are facing financial hardship due to rising consumer prices.

Statista’s Felix Richter reports that, according to a survey conducted by Gallup in August, the majority of U.S. adults now say that price increases are causing financial hardship for their household, with 12 percent describing their hardship as severe, meaning it might affect their ability to maintain their current standard of living. Another 44 percent of households face moderate hardship, meaning that price increases affect them but don’t threaten their standard of living.

Unsurprisingly, inflation woes affect lower income groups disproportionately. While it’s relatively easy to shrug off price increases when it only reduces the amount of money left at the end of the month, it is much harder for people who struggled to make ends meet even before prices started surging. 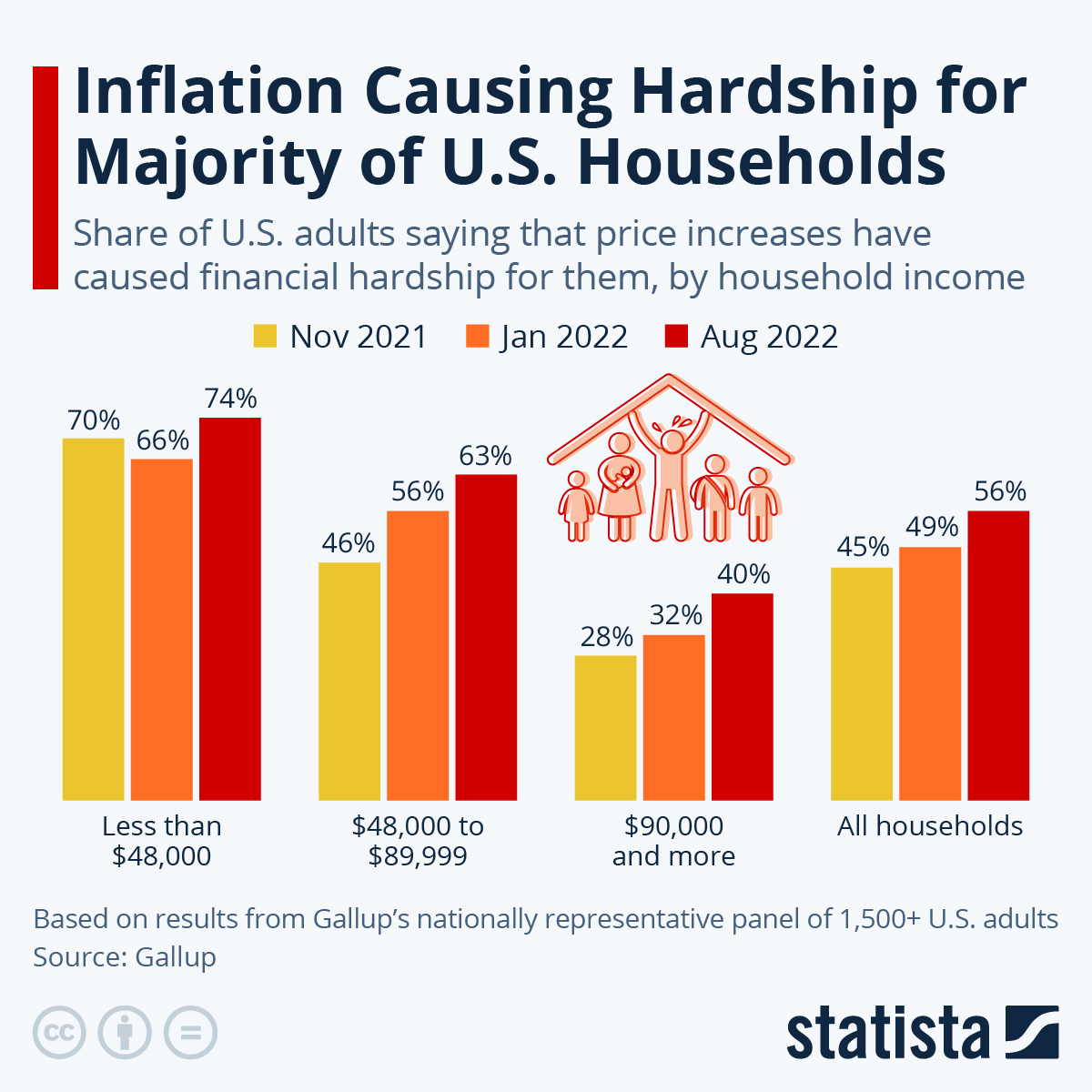 You will find more infographics at Statista

As the chart above shows, inflation pressure has even caught up with high-income households, though, as 40 percent of those with household income above $90,000 now say they’re facing financial hardship in face of inflation, up from just 29 percent in November 2021. The share remains much higher for low-income households, however, where 74 percent now was severe or moderate hardship due to rising prices.