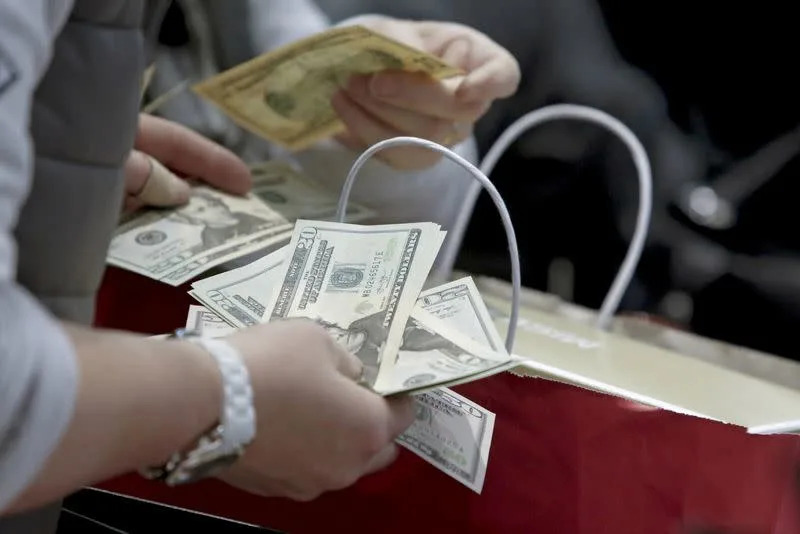 WASHINGTON (Reuters) – One-year U.S. inflation expectations have rocketed higher since Russia’s invasion of Ukraine and the longer-term outlook has begun increasing as well, a development likely to be watched closely by the Federal Reserve as it battles to keep price pressures under control.

A new daily index released on Tuesday by the London-based ICE Benchmark Administration (IBA) showed the expected pace of consumer price increases over the next year rising from 3.5% on Feb. 1 to 5.24% as of March 7. The index is based on trading in the roughly $300 billion monthly market for inflation-protected U.S. Treasury securities and in the $100 billion monthly market for inflation swaps contracts.

Inflation anticipated over longer 10- and six-year horizons has also turned abruptly higher since the onset of the Ukraine war, with rates as of Monday around 2.43% and 2.73%, respectively, significantly above the Fed’s 2% annual price increase target, the index shows.

Longer-term inflation expectations are monitored closely by the Fed as evidence of whether its policies are keeping inflation psychology at bay. If longer-term expectations continue to rise, it would indicate a loss of confidence in the Fed’s ability to control inflation – and make inflation itself harder to beat without painfully high and fast interest rate increases.

“If that number keeps going up those that are setting monetary policy will start to notice higher trend inflation expectations getting priced into the system, and that might impact decision-making,” said IBA President Timothy Bowler, a former U.S. Treasury official.

Inflation over the next year will be “heavily influenced by commodity prices,” and notably oil, he said. The question facing the Fed now is whether that “all of a sudden spills over” into the average rates of inflation expected years ahead.

Measuring expectations and assessing the influence of psychology on the prices set by companies and the wages accepted by workers is an often studied and highly disputed topic. Market measures, deriving inflation rates from different security sales prices, are one tool. Other measures rely on consumer or other surveys.

But however it is measured, policymakers generally feel that, as much as controlling short-term inflation outcomes, they are in the business of keeping long-run expectations stable and close to the Fed’s 2% target. A key to the U.S. central bank’s success in controlling inflation since the 1980s, in fact, is thought to be public trust in its ability and willingness to do so.

February was a tough month for the U.S. central bank on that front.

Headline inflation currently is far above target, and the Fed is planning to raise interest rates at its policy meeting next week and likely throughout this year, hoping to lower the headline number before expectations shift.

The timing and pace of those increases in borrowing costs, however, have become increasingly uncertain following the invasion of Ukraine, which has produced a conflict driven oil-price shock on a par with that seen in the 1970s. That decade saw U.S. inflation become unmoored and forced the Fed to ramp up interest rates so high that it triggered a recession.

Central bankers have a noted willingness to “look through” what are perceived to be temporary increases in energy and commodity prices, even large ones.

But Fed Chair Jerome Powell told lawmakers in Congress last week that the shock from Russia’s military actions could be a “game changer” for world markets. If it leads to a steady move higher in inflation expectations, it could trigger more aggressive tightening of monetary policy.

IBA is a unit of Intercontinental Exchange, a firm that develops and sells a variety of market analysis tools.

The inflation expectations index is being made public without charge, Bowler said, to provide a daily view of an issue that could shape central bank policy debates in coming months.

Events are moving faster than that.

Since the onset of the Ukraine war, oil prices have risen more than 25% and are likely to keep consumer inflation higher this year than otherwise might have been the case. The Consumer Price Index is already exceeding a 7% increase on an annual basis, and data due to be released on Thursday is expected to show prices up by 7.9% in February from a year earlier.