“Rock star” is a term commonly used to describe HUGE success in any field of endeavor.

Maybe YOU are dreaming of being a real estate rock star some day! 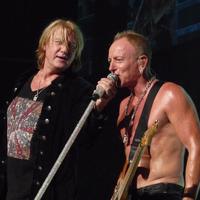 So we thought it would be fun (and instructive!) to sit down with a real life rock star…and see how someone goes from obscurity to super-stardom in their chosen field.

Of course, we didn’t want some random one-hit wonder…though we’re sure there’d be lots of lessons there too.

Instead we found someone who’s achieved both huge and ENDURING success.

Rockin’ this edition of The Real Estate Guys™ radio show:

Now right out of the gate, you may wonder WHY we’re interviewing a musician for a real estate investing program.

And if you’re part of our younger demographic, you may not even know that Def Leppard is one of the greatest selling rock bands in history.

And nearly 30 years later, they continue to pack thousands of people into concerts..  We know.  We went to one in Dallas.  It was awesome.

So that’s HUGE success.  It’s also ENDURING success.  And Phil Collen has been with them since 1982, so he’s been a big part of Def Leppard‘s success.

But success is bigger than just fame and fortune.

Just think about Elvis Presley, Marilyn Monroe, Jim Belushi, John Candy and a long list of other rich and famous entertainers…along with all kinds of lesser known corporate executives and hard working entrepreneurs.

So while you’re busting your rear building your balance sheet, it’s a good idea to build some balance into the process.

Success is also about physical health, long term relationships, and living with passions and purpose.

After all, without these things…how successful are you really?

Of course, when you think of the stereotypical rock star, you don’t think about health and long term relationships. 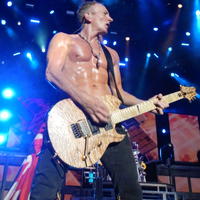 Phil’s a 57 year old, non-drinking, drug free, vegan who exercises regularly and is more fit than guys half his age…

All the while, Phil continues to rock the house while on tour with Def Leppard…AND still finds time (and energy!) to make music with not one, but TWO other bands.

So if you think YOU are busy…and struggling to stay fit, focused, motivated and effective while building your real estate empire…

We’re guessing you could learn a thing to two from Phil Collen…and THAT’S why we wanted to talk to him.

We say all the time that what you think and believe affects the actions you take, which in turn produce the results (or lack thereof) in your life.

So getting a chance to grill Phil on how he thinks about life and work could reveal success principles, patterns and philosophies we can apply to our own endeavors.

He says in spite of his fabulous success, he hasn’t succumbed to believing his own press. He just keeps working on improving himself.

In fact, Phil tells us the amazing story of how Def Leppard’s drummer, Rick Allen, literally had his arm ripped off in a car accident…and how his bandmates never thought to replace him. 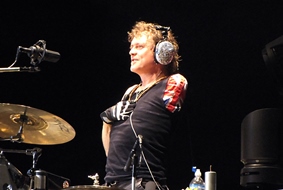 Watching a Def Leppard concert is worth it…just to see Rick Allen play world class drums…with only one arm!

Wow.  And we want to throw in the towel when a tenant trashes one of our units.

Of course, as we’ve mentioned, the rock and roll landscape is littered with tragic stories of substance abuse, broken relationships and excesses of all kinds.

And Phil confesses there was a time early in his career when he got caught up in some of that.

But he had the vision and humility to realize the path he was on, and made a conscious decision to choose a different path.

So Phil hasn’t had a drink in over two decades. He’s as fit a guy as you’ll ever see…at any age.

The lessons are to know yourself and your goals, to be decisive and disciplined to be true to your mission, vision and values…and to always keep pushing yourself to improve.

Easy to say.  Harder to do.  Unless you’re able to unlock your own personal, powerful, compelling why.

We learned a lot from Phil and are inspired to take our personal efforts to the next level.

We trust you’ll find great lessons in this episode…which you apply to the daily pursuit of your hopes, dreams and goals…real estate and otherwise!