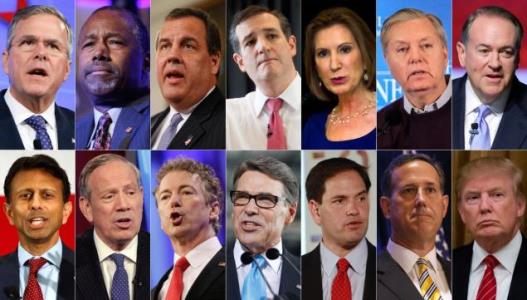 But despite all the hooplah, including 6 million Facebook visits and 40,000 questions from John Q. Public…

The MOST important issue was completely IGNORED.

The Fed and money.

Okay, these are really two issues. But together, they affect EVERY person and business on the planet.

Most of your time and efforts are invested in earning, spending, managing, investing…and worrying about…money. Right?

And the cost of money…interest rates…have a HUGE affect on the price of EVERY financial asset there is…everywhere.

The Fed has been AGGRESSIVELY intervening in financial markets for decades…with “mixed” results (to be kind).

And there was NO MENTION of it.

Keep in mind that since the Fed arrived on the scene in 1913, money has devolved to nothing but debt.

How can you have a conversation about the “debt problem” without talking about the Fed and money?

Of course, unless you’re a geeky student of economics and history, with a dash of conspiracy theorist, you might not understand the problem.

And with only one-minute answers, it would seem impossible for a mainstream debate to address them.

But it’s really quite simple.

Our “money”, which is really only currency, (click here to understand the difference) is BORROWED into existence.

And it comes with an interest expense, albeit very small right now.

When you understand this simple concept, you know why it is IMPOSSIBLE to pay off debt. Because doing so would extinguish all the money.

Think of it this way…

Let’s say we’re at the very beginning of the economy and there is no currency. Just like starting a board game.

To get things started, the issuer of currency (the Bank) prints a bunch of pieces of paper and LOANS them to the players.

And to keep the math simple, let’s say the interest rate is 10 percent per round of play.

Suppose the game begins with a total of $1,000 being handed out to all the players. It doesn’t matter how many players, or who gets what. All we need to know is the Bank loaned out $1,000.

Play begins. Players buy and sell. They even create new products. All kinds of commerce occurs over the course of the game.

Some players accumulated more currency. Others have less than they started with. But because there was only $1,000 distributed, that’s ALL there is at the end of the round.

Now it’s time to pay the banker back ALL the principal PLUS the 10% interest.

It doesn’t matter how much each individual player owes because we’re simply looking at the aggregate of ALL players.

Everyone tries to pay off their debt, but with only $1,000 in circulation, the society of players is $100 short.

And of course, even if they could pay off the debt, there would be no currency available to play Round 2 with.

So because they can’t pay off the debt with interest, and because they want to keep playing, the players collectively decide to borrow MORE.

So to start Round 2, the society of players borrows $2,100 from the Bank (who simply prints it).

Now the players’ collective total debt is $2,100 as they enter Round 2….up from $1,000 at the start of Round 1.  And no matter what they do while playing the game, they end each round owing MORE than the total amount of currency held by all the players.

Do you see the problem?

When you borrow your currency into existence and owe interest, the ONLY way to keep playing the game is to ALWAYS increase the debt. To pay it off, ends the game.

Maybe the candidates don’t get it? Or maybe the Fox news moderators don’t. Maybe it’s the American people who don’t understand or don’t care…and the candidates and mainstream media just follow their lead?

We don’t know. If you think the candidates and media are controlled by sinister behind-the-scenes forces, then go ahead and put your tinfoil hat on. We’re right there with you.

But until we can change the system, we need to be skilled at playing the game the way it’s run today.

For us, it means using the abundant and affordable debt to accumulate real assets which produce real income that remains top of the priority list even in hard times.

It’s hard to imagine anything more real than real estate. Or any stream of income much higher on the priority ladder than keeping a roof over your head or food on the table.

The good news is that real estate is also one of the easiest and safest investments you can acquire using debt.

Just remember, the value isn’t in buying low and selling high. When you do that, all you end up with is a pile of currency.

They can’t play that game with real estate, so they don’t like it. And they focus on the price, which is smoke and mirrors…like most asset prices in a funny money economy.

The real value of real estate is in the income.

Income is what drives the equity. And it’s what frees the equity, so you can use debt to protect profits without realizing a taxable gain or relinquishing the property.

And when you pick the right properties and structure your financing properly, you can weather virtually all of the economic and political uncertainty.

So stay tuned to The Real Estate Guys™ radio show. We’ll continue to bring you ideas, information, perspectives and strategies to help you keep it real…in an unreal world.

Join us on our 2016 Investor Summit at Sea™! We’ve just confirmed that G. Edward Griffin, the author of The Creature from Jekyll Island – A Second Look at The Federal Reserve will be returning for his second appearance on the Summit.  Click here to learn more.