What do Trump and Sanders primary wins say to real estate investors?

Trump and Sanders and a Bigger Economic Picture

“If we had 5 percent unemployment, do you really think we’d have these gatherings?”

He could be right.

In spite of “glowing” employment reports and a Fed so confident in the “strength” of the economy it raised interest rates a “whopping” 25 basis points for the first time in nearly a decade…the ire of the electorate (and the stock market) could be telling a much different story.

John Burns Consulting recently issued a report confirming something we’ve been projecting for quite some time:

When it comes to real estate, for homeowners or renters (and therefore for landlords), the basis for growth isn’t from foreigners snapping up U.S. real estate as a safe haven…or from hedge funds pumping billions of dollars into single-family home speculation…The real driver underneath fundamental real estate strength is real growth in both jobs and wages.

But in spite of the 4.9% unemployment rate touted by the government, that same government says labor participation is historically very low.

Look at this chart from the Bureau of Labor Statistics:

Some say the decline in labor participation is due to baby boomers retiring, but the government’s very own stats don’t support this assertion…

Labor participation for anything UNDER 55 was actually NEGATIVE.

Back in October 2014, Pew Research revealed that real wages have been stagnant (at best) for decades:

More recently, the Bureau of Labor Statistics reported real earnings notched up a tad, but a big chunk of the tiny gain came from a lower CPI (Consumer Price Index).

Is that enough to sustain the robust rental increases landlords have been enjoying the last couple of years?

No.  That’s probably why people are moving to more affordable markets.  A trend we expect to continue.

As you can see, it’s easy to get lost in the statistical weeds.

But the New Hampshire results are telling an easy to understand message on both sides of the aisle.

So the voters want to kick the bums out, make America great again, return the power to the people, and stick it to the Wall Street elites…which explains (at least partly) the surprising popularity of candidates like Trump and Sanders.

Will the Fed continue to raise rates in an attempt to instill confidence?

Based on the market’s reaction, it’s hard to imagine they will.  After all, the stock market’s been throwing a hissy fit since the December “hike”.  Just like Peter Schiff said they would.

As we discussed in a recent newsletter, the Fed rate increase resulted in a DECREASE in mortgage rates.

That’s because investors dumped stocks for the “safety” of bonds, pushing yields down (yields or interest rates DECREASE when the prices of the bonds are bid UP by growing demand).

It’s a reminder that bad times can be great times for investors, so don’t be dismayed by economic uncertainty.

Another big concern for 2016 remains the impact of lower oil prices on the credit markets. 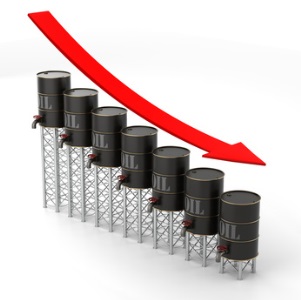 If oil prices remain suppressed for whatever reason, while it’s great for consumers (your tenants), it makes it harder for indebted oil companies (employers) to meet their debt obligations.

And if Wall Street levered up on oil bonds the way they did with sub-prime mortgage bonds, a meltdown in oil bonds could trigger another epic financial crisis…maybe even The Real Crash Peter Schiff has been warning about.

For real estate investors, the message is the same as it’s been for a while…

Affordable properties in tax and business friendly states with good infrastructure, diverse economic drivers, and quality of life amenities will probably see a disproportionate influx of people and businesses.

So while real estate, like everything else, will be impacted by a financial crisis…it isn’t an asset easily dumped by panicked investors.

And the powers that be, from governments to central banks to big business, are all highly motivated to prop up real estate.

Even better, if you’ve locked in super cheap mortgage money for the long term, and picked properties which conservatively cash flow, you’re in a position to ride out a storm.

And if you’re really prepared, you may have converted some of your equity into cash in case prices fall.

As he told us before he was a Presidential candidate, Donald Trump says in the down times, it’s always good to have some cash on hand to go bargain shopping.

For now, the Trump and Sanders freight train seems to be telling us Main Street isn’t drinking the “all is well” Kool-Aid.

So our focus remains on markets, properties and financing structures which position real estate investors to prosper in an economy that isn’t yet on solid footing for Main Street.

After all, that’s where our tenants live.