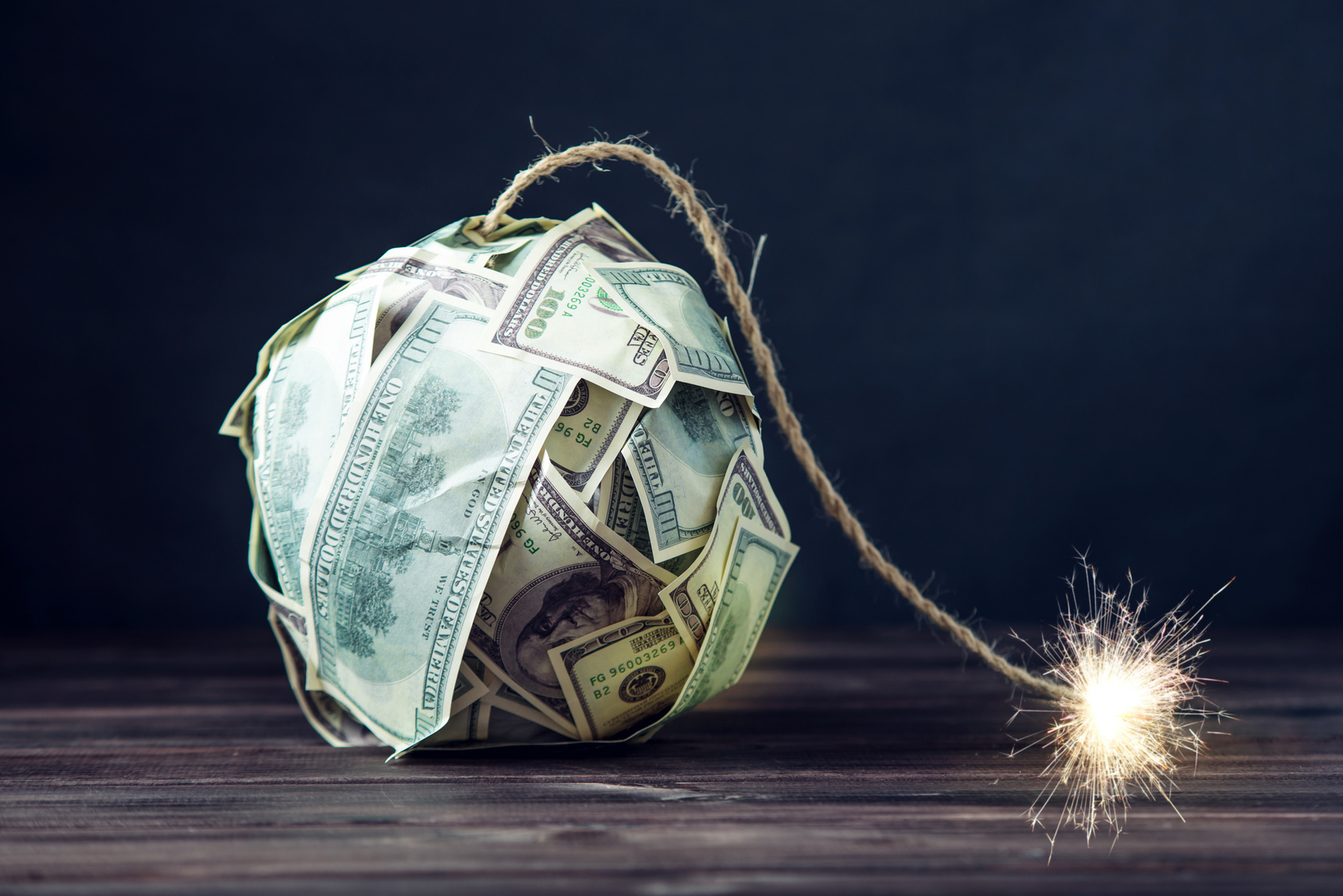 Freedom Fest is a crazy collection of different mindsets and ideas … and that’s why we make it a point to attend as often as we can.

In this episode of The Real Estate Guys™ show, we talk to two fellow Freedom Fest attendees about their thoughts on the economic and political realities of the world we live in.

These two guests have earned the right to have an opinion … and today, they’ll help us understand their thoughts on the bigger picture and how that picture affects YOUR investing business.

Why YOU need to understand the economy

Peter Schiff has taught us that economics and politics are intertwined. Policy effects the economy … and vice versa.

There’s a lot happening in the wider economic world that affects investors on Main Street. Realizing that has affected our decisions as The Guys … from the events we attend each year to the way we structure our annual Summit at Sea™.

Friends and mentors like today’s guests help us understand the economic systems at work in the U.S. and around the world … and how those systems affect what happens in the financial headlines.

Speaking of headlines, you won’t hear these gentlemen very often in mainstream financial media because they don’t fit the narrative the media wants to tell … which is that an upward trajectory can continue forever.

As we know, anything involving money follows a cycle of ups and downs … and we’re in the midst of the longest economic recovery EVER.

There’s no doubt that at some point, we WILL hit a downturn. But there is good news … those who prepare for impact can thrive, even during bad times.

Words of wisdom from Jim Rogers

We were honored to talk to him about what it takes to be an investor in changing times.

“You have to be open to change,” says Jim. To anticipate future changes, you have to realize the world WILL change. And it takes work, he says.

So how can we prepare? “When everyone’s exuberant, you should be worried,” Jim notes. “That means they’re not thinking.”

Jim has written several books. His most recent is called A Gift to My Children.

Although Jim didn’t originally want kids, he found out he was wrong once he had his own children. These days, he is always thinking of what he wants to teach his kids.

That’s what the book is about … the lessons he has learned in investing and in life, for his kids … and yours.

We also asked Jim for his thoughts on cryptocurrencies. He said, “Blockchain is going to change everything we know.”

That means a lot of people being put out of business … but it will also CREATE a lot of new businesses. So don’t worry.

We can translate that same idea to the broader economic world. You’ve got to go through a downturn to get to an upturn.

Jim reminded us that the Chinese word for crisis, weiji, means both danger and opportunity.

Speaking of China … that’s where Jim lives. He decided to move to the other side of the world to make sure his children grew up speaking Mandarin … they’re now fluent.

“China’s going to become the next great country,” he says.

We also enjoyed chatting with financial guru Peter Schiff. He has attended every Freedom Fest except one … and that was because his child was due.

Before the ’08 financial crash, Peter was a voice of reason. He maintained that the economy wasn’t great … everyone just thought it was.

The booming economy pre-crash was based on a bubble of appreciation, consumption, and inflated prices. People were deceived because it seemed like good news was around every corner … so they weren’t prepared for the bubble to pop.

As opposed to the bubble in ’08, our current bubble hasn’t provided boosts to the large majority of people, says Peter. We’ve just barely reached pre-recession levels.

So, why do these economic bubbles happen? It’s a result of what Peter calls “stag-flation” … stagnation PLUS inflation.

Subscribers to Keynesian economics believe unemployment causes inflation, so the idea that employment AND inflation could rise at the same time seemed impossible.

But inflation is caused by an expanding money supply, not expanding prices.

And the thing that keeps prices in check is the supply of products. Having a lot of stuff bolsters a strong economy and keeps a lid on pricing.

Scarcity is what leads to high prices.

Inflation in the 1960s happened because of policies from earlier decades, says Peter … high spending, high levels of borrowing, and the government’s decision to go off the gold standard.

According to Peter, today’s monetary policy is MUCH WORSE than anything that happened in the 60s and 70s.

And our economy is less secure … so we can’t just raise interest rates when things get bad.

Everybody is exposed, says Peter … because everyone has more debt and interest rate risk than ever before.

The Fed doesn’t want to think massive inflation is possible. “But it’s the problem you don’t see coming that gets you,” Peter notes.

The next crisis “will be bigger and will be worse.”

People are excited about tariffs on China … but they shouldn’t be, according to Peter. “We derive the most short-term benefit from trade,” he says. “We have the most to lose.”

The problem is not the federal deficit … it’s the economy. When deficits pile up, we destroy our wealth, and right now we have HUGE trade deficits because of our fiscal policy.

We also have tax and regulatory codes that make American businesses less competitive.

First, we are getting a ton of REAL products … and it costs us nothing, because we can produce or borrow those dollars out of thin air.

Second, when the Chinese recycle those dollars, they buy U.S. treasury bonds.

So trade deficits mean prices are lower and interest rates are lower.

If Trump is successful on tariffs, Americans will have higher prices, higher interest rates … and a lower standard of living.

Tariffs “will make us the losers in the short term,” says Peter. They’ll also exacerbate any recession that happens.

We talked with Peter about one more thing … why investors should consider gold and international assets.

When we spoke, gold and silver prices were down. “That’s the flip side of optimism,” Peter says. “Optimism is not buying gold, because people usually buy gold when they’re worried, and people aren’t worried right now.”

“When no one is worried is when YOU should be worried,” Peter says.

Gold is more valuable now than it was in 2011, says Peter … but it’s also cheaper.

He told us there’s tremendous potential in gold mining stocks, as well as international assets.

Investors should look for where money will go when it flees the U.S. … and try to invest there before the economy crashes and there’s a stampede.

For more from Peter, check out the Peter Schiff Podcast.

Peter and Jim have a different way of looking at the world … and that’s a good thing.

If you’re learning some of their concepts for the first time, we wouldn’t be surprised if you’re a bit lost. That’s okay.

We encourage you to keep seeking out knowledge and multiple perspectives … so you can make informed decisions and be prepared for the future.

One great resource to consider is our Future of Money and Wealth video series.

We realized our conference speakers had a WEALTH of information to offer … so we decided to share it with YOU. This video series is great for beginners and long-time investors alike.