The Real Estate Guys™ just returned from the New Orleans Investment Conference where we (and some of our listeners) had a chance to hear from the Maestro himself, Dr. Alan Greenspan. 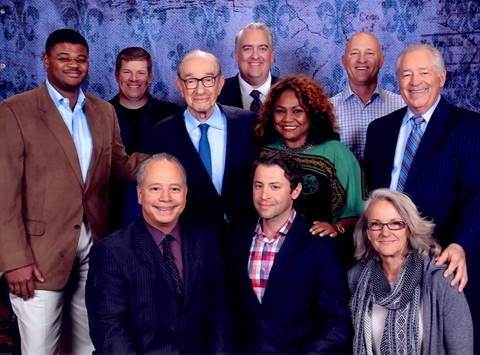 If you’re a long time follower of The Real Estate Guys™ radio show and blog, you know we pay close attention to the Federal Reserve because of it’s strong influence on interest rates, the value of the dollar, and asset prices (like real estate).

In fact, many economists and market pundits believe Alan Greenspan’s policies when he headed up the Fed (1987 to 2006) led to the real estate boom and ultimate bust in 2008.

Coming into the conference, we’d heard rumors that Greenspan was singing a strikingly different tune…about a great many things…than when he was at the helm of the most powerful financial institution on the planet.

Now it should be plainly obvious that Fed policy is hugely important to everyone who owns an asset, runs a business, earns a paycheck, has a savings account or pays on a loan.

So now that he’s on the outside, knowing exactly how it works on the inside, what is Alan Greenspan saying today about the Fed, the dollar, the future of interest rates, and what investors can and should do?

However, he admits QE did boost asset prices.  So stocks, bonds and real estate are all artificially higher because of easy money.

In other words, the Fed helped the rich get richer, while doing nothing for the middle-class and poor.

But as if THAT admission wasn’t enough, the Wall Street Journal’s article covering Mr. Greenspan’s speech to the Council on Foreign Relations on October 29th said this:

“He also said, ‘I don’t think it’s possible’ for the Fed to end its easy-money policies in a trouble free manner.”

Shortly after Greenspan’s comments, the Fed announced the end of its bond-buying program known as Quantitative Easing (QE).

Does this mean trouble is coming?

(Before you hit the panic button, remember that the flip side of every problem is an opportunity, so “trouble” is usually only bad for the unprepared…)

As real estate investors, not only do we care about jobs, wage growth and purchasing power (after all, it’s hard for unemployed poor people to pay rent), but we also care about interest rates.

So what does Alan Greenspan have to say about the future of interest rates? 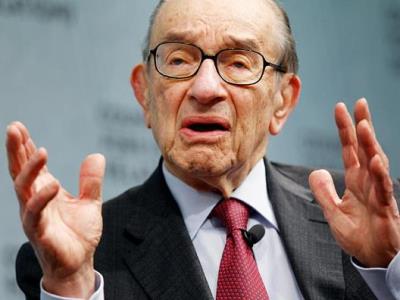 Back to the Wall Street Journal article…

“He said the Fed may not even have that much power over the timing of interest-rate increases.”

“‘I think that real pressure is going to occur not by the initiation of the Federal Reserve, but by the markets themselves,‘ Mr. Greenspan said.”

What does THAT mean???

We’ve covered this in detail in previous blogs (just search our site for “Fed”), but the short of it is that without the Fed using QE to create demand by bidding (and buying) U.S. bonds, someone (the market) is going to have to step up and buy them…because if they don’t, the lack of bidding will cause bond prices to drop.

In other words, how the market feels about the quality of the debt (the likelihood of being repaid) AND the quality of the currency the debt is denominated in (purchasing power) makes a BIG difference in what yield investors will demand from the borrower.

Right now, investors still consider U.S. Treasuries as “safe”.  That is, there’s very little probability of default…in spite of past political posturing over debt ceilings. That’s because the Fed can print as many dollars as it takes to pay off the debt.

But when that happens, it reduces confidence in the dollar itself (the quality of the currency).  Because just like when a company issues more shares of stock against the same earnings and assets, the value of each share (in this case, dollar) is diluted.

As we chronicle in our special report, Real Asset Investing – How to Grow and Protect Your Wealth in the Face of a Falling Dollar, there’s already been substantial moves away from the dollar and dollar denominated assets and trade.

China has signed bi-lateral currency swap agreements with virtually every major country, which essentially facilitates their international trade without having to use dollars.  And China is the world’s second largest economy to the U.S….and closing fast.

Meanwhile, China and Russia have been stocking up on gold as fast as they can.  It seems they’d rather hold their savings in a tangible asset versus a paper asset…like the U.S. dollar or dollar denominated Treasuries.

And what does Alan Greenspan have to say about gold?

Back to the Wall Street Journal article….

“Mr. Greenspan said gold is a good place to put money these days given its value as a currency outside of the policies conducted by governments.”

It seems Alan Greenspan is a fan of real assets.  He sounds more like Jim Rickards (author of The Death of Money) than a former chairman of the Federal Reserve.

Yet gold tanked after the Fed quit QE!  And other real assets like real estate and oil have also been sliding.

So is Greenspan wrong…or does he know something is coming that will change the value of the dollar?

It seems that Greenspan is warning us that interest rates are likely to rise before the Fed is ready.  And if that happens, the Fed is likely to get back in the bond buying business to stop it.  Peter Schiff says there will be more QE programs than Rocky movies.

And every time the Fed exits QE, only to come back and do it again…and again (remember, this was QE3 with an Operation Twist thrown in between 2 & 3 for good measure), at some point the world loses faith in the dollar.

When THAT happens, interest rates go up, the dollar falls, and real assets like gold, housing, farmland and energy will be in demand…not just for their utility, but for their ability to retain value as currencies like dollars, euros and yen fail.