What do you think of when you hear “Orlando”?

For old guys like us, we think of tying a yellow ribbon ’round an old oak tree. (Google it if it didn’t dawn on you what we’re talking about.)  😉

But for most people, Orlando is a one trick mouse.

But there’s a bigger story in Orlando that starts with Florida and involves demographics, economics and an appeal that transcends Disneyworld.

The great thing about magic is it often surprises you. And it’s almost always astonishing.  So when we heard about what’s happening in Florida…and Orlando in particular, we jumped on a jet to go see it ourselves.  It would have been more comfortable to ride inside the plane, but we got there safely. 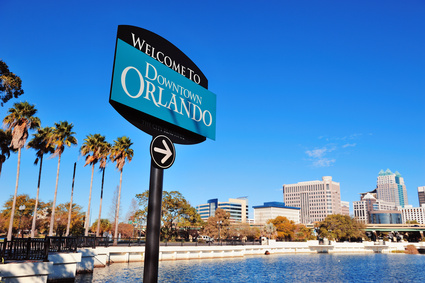 Of course, we never show up in a market without a guide.  And in this case, we knew we were in good hands with Ryan Hinricher.

Ryan’s a true blue real estate entrepreneur.  But he also has a Wall Street background (though we don’t hold that against him), so he likes to research, analyze and interpret data.

We first met Ryan in Memphis, where he and his partners have been investing for years.  And if you haven’t been paying attention to Memphis the last few years, it’s been and continues to be one of the great real estate investment markets in the country.

But once the operation in Memphis was up and running, Ryan headed to Orlando because the data said it was poised to become one of the happier places on earth.  At least as far as real estate investing is concerned.

So what’s the big deal about Orlando (besides the Mouse)?  We’re glad you asked!  And we think you’re going to like the answers.

First, it’s in Florida.  Yes, it’s the same Florida that tanked in the recession, but as often happens… the farther they fall, the higher they bounce.  But we’re not talking about real estate prices (though they’ve been moving up nicely).  We’re talking about the critical pillars that make a real estate market work.

Did you know that Florida went from bleeding red ink to a budget surplus in these last few years?  Maybe California and Washington DC should take notes.  In fact, we’re told the budget surplus is so big that the government is actually returning a big chunk of it to the taxpayers.  What a concept!

Did you know that the unemployment rate has dropped from the mid-9’s (percentage) to the mid-6’s.  In fact, in 2013 Florida ranks only behind Texas to be the #2 state for job creation!  Now we like Texas a LOT, but when you’ve got billions of barrels of gas and oil under the ground, you’ve got a strong foundation for job creation.  Florida’s had to do it the old fashioned way…by attracting people and businesses. Not to say that Texas doesn’t, because it’s great for business too.

As one of only 7 states with no state income tax, there’ an obvious reason for people and businesses to move to Florida.  And they are!  In fact, Orlando is in the top 5 fastest growing cities in terms of population.  And last time we looked, since people generally like to live, work, shop and recreate in real estate…more people is a good thing for the demand for real estate.

And just in case you were worried about how Florida could pay it’s bills without an income tax, did we mention they have a big budget surplus?  Hmmmm….Washington DC should definitely be taking notes.

But it isn’t just the great climate for business, investment (and weather) that makes Florida popular.

It’s location makes it accessible and desirable to both Europe and South America.  And a weak dollar makes U.S. assets seem cheap to foreigners who have a stronger currency.  Plus, even though a lot of people in the U.S. are concerned about the U.S., it’s still considered one the safest places to live and invest.  So wealthy foreigners are busily moving money into the U.S., including U.S. real estate.  Florida is definitely a beneficiary of some of that.

Of course, Orlando is a big convention town.  In fact, it’s the biggest convention town in the U.S.  So between tourism and conventions, lots of people come to Orlando to visit…in addition to all the people permanently relocating.

We could go on and on (can you tell?)…because there are lots of things to like about Orlando.  But listen in to our interview with Ryan Hinricher and hear it for yourself.  And your reward for reading all the way to the bottom (or listening all the way through the show) is Ryan’s free report on Orlando.  Click here to request yours now.

Meanwhile, if you’re feeling an urge to investigate Orlando, ask not for whom the bell tinkers.  It tinkers for you.  At least we tink it does.