Fed or Foe? Two Valid Views on the Federal Reserve

What is the Fed? Friend or foe? Love it or hate it, the Federal Reserve of the United States is arguably the most powerful financial force on earth.

Fed policies affect interest rates, prices and credit…not just in the United States, but around the world. Ben Bernanke and Ron Paul have two very different answers to the question, “what is the Fed?”.

Former Fed chair Ben Bernanke has been touring the country promoting his memoir The Courage to Act.  Co-host Russell Gray stopped by a San Francisco Commonwealth Club meeting where Bernanke was speaking…just to hear what Big Ben had to say for himself.

Then we sat down with the microphones and chatted about what we heard and how it relates to real estate investors.

In the studio to reflect on the very valid, but polar opposite views of Ben Bernanke and Ron Paul on the Federal Reserve…

Long time listeners know we aren’t raving fans of the Federal Reserve system.  So we confess that right up front. We’re a bit biased when it comes to answering the question, “what is the Fed”?

With that said, we’re huge believers in “getting a 360” when it comes to studying any topic…and especially one as important as the Fed.  In fact, in our Recommended Reading bookstore, we feature several books on what is the Fed.

Some, like G. Edward Griffin’s iconic Creature from Jekyll Island, view the Fed as a nefarious creation of elite collectivists intent on world domination.  Scary stuff, if true.

Others, like David Wessel’s In Fed We Trust, heap kudos on the Fed…and Ben Bernanke in particular…for saving the global financial system with bold action in 2008.

Obviously Mr. Bernanke concurs…as he named his memoirs, The Courage to Act.

What is the Fed?

That’s a loaded question in itself.  The standing joke is that the Federal Reserve Bank is not federal (i.e., it’s not a governmental agency, but rather a private company), is not a bank, and it has no reserves. 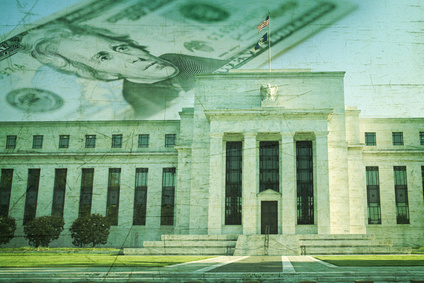 But for sake of this discussion, suffice it to say that the Federal Reserve Bank is the United States’ central bank.

The Fed issues the currency (those green pieces of paper with pictures of famous dead politicians on them)…called Federal Reserve Notes (FRNs).  You probably refer to them as “dollars”, but that’s technically incorrect.

Of course, that opens up a HUGE can of worms about the difference between currency (FRNs) and money (dollars – which used to be specific amount of silver and gold).  But we won’t go there….at least not today.

So as you can see, right out of the gate … “what is the Fed?” is complicated topic.  But it’s one worth studying when you consider what Henry Ford (the guy who created the Ford Motor Company) said…

“It is perhaps well enough that the people of the nation do not know or understand our banking and monetary system, for if they did I believe there would be a revolution before tomorrow morning.” – Henry Ford

Why would he say that?

Well, since Mr. Ford is no longer with us, we can only speculate.  But the gist of the comment is plainly understood.

Obviously, he felt the citizens would not be happy if they knew how money and banking worked.

Ron Paul has been an outspoken critic of the Federal Reserve for the four decades he served in Congress.

Yet other people are convinced the Fed is an essential part of the U.S. financial system. 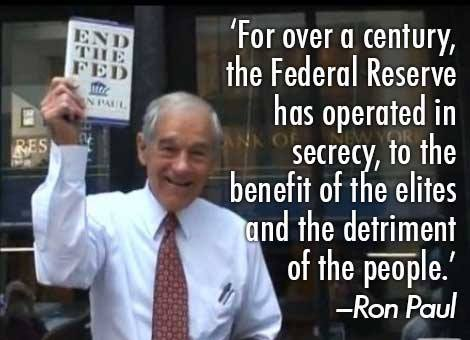 The Fed is the Bank to the Banks

If you’ve ever seen the movies It’s a Wonderful Life or Mary Poppins, you’ve seen a run on the bank.

This is when depositors come wanting their money back, but the bank doesn’t have it.

That’s because the banking system business model is fundamentally flawed.  A bank borrows short by paying you interest…at least they used to…on your demand deposits.  The means you can pull the money out any time you want…as in “short” notice.  They, they lend long…like a 5 year car loan or a 30 year mortgage.

So the amount of actual cash on hand is very low compared to potential demands on cash (withdrawals).  The number is something less than 5%.

No wonder they run out of money!

The idea of a Central Bank (like the Fed), is to give the banks somewhere to go when they run out of money.  It’s like a payday loan for banks.

So when a bank doesn’t have enough money to satisfy customer withdrawals, they can go to the Fed and borrow.  Later, when they get some money in from new deposits or loan payments, they can pay it back.

Obviously, we’re WAY over-simplifying this.  But that’s the basic model.

The Fed Creates the Currency Out of Thin Air 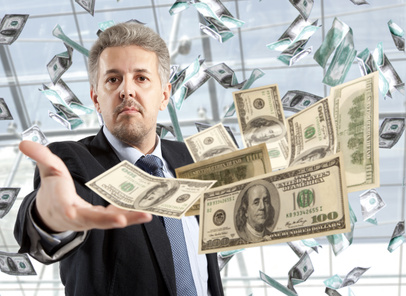 So where does the Fed get the money to lend?

When the 2008 Financial Crisis struck, financial markets froze up.  It’s a long convoluted story, and if you’re super interested, then you’re a sickie like Russ, and you’ll enjoy plowing through ALL of the books in the Banking and Economics section of the bookstore.

The short of it is that major banks, insurance companies and investment houses all ran out of money…at the same time.

How could that happen?

And when the sub-crime…oops…sub-prime…crisis hit, some of that debt went bad.

Normally, that’s not a big deal.  Which is probably why Ben Bernanke assured the world the sub-prime contagion wouldn’t spread. 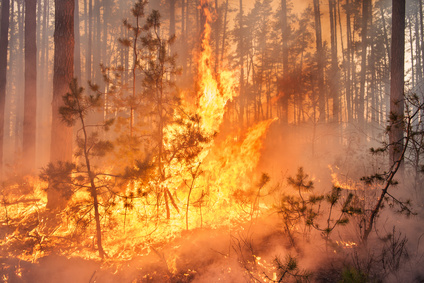 And each layer had a margin call.  So when the sub-prime loan went bad, the value dropped relative the derivatives backed by it, so the bank that pledged it as collateral got a margin call.

That means they need to put up cash.  Except they didn’t have enough.

So they tried to sell some of the derivatives they had to raise cash.  But no one wanted to buy them.  Seems the word on the Street was the paper (debt) was bad.

Now, in a “no bid” environment, prices were in free fall.  Margin calls were everywhere.  More and more derivatives were hitting the market with no bid…leading to more margin calls, defaults and widespread panic.

Ben Bernanke to the Rescue 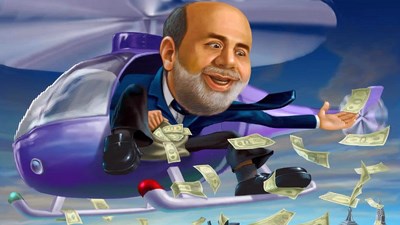 It’s a big long story…but the short of it is this:  Ben Bernanke printed over $4 trillion dollars and started buying up all the bad debt.

The Fed put a “bid” under the market to stop the margin calls.

Then they made huge emergency loans to private businesses.  Like the $80 billion loan that saved AIG Insurance.

They allowed Goldman Sachs and other investment banks they liked (then Secretary of the Treasury Henry Paulson was the former CEO of Goldman Sachs) to become deposit banks so the FDIC fund could be raided…oops…used to save them.

Lehman Brothers wasn’t smart enough to get their CEO into Treasury, so Lehman went bust.

So Ben Bernanke had the courage to act.  And according to people like David Wessel, Richard Duncan and Bernanke himself…Ben’s bold action saved the financial system.

Who Broke the Financial System?

Ron Paul, Peter Schiff and other critics of the Federal Reserve System claim that the entire problem was originally caused by Federal Reserve activity in the years and decades leading up to the financial crisis.

You can (and should) read more about that in Peter Schiff’s books, Crash Proof 2.0 and The Real Crash.

Hopefully, when it comes to understanding, “what is the Fed”, YOU do.  After all, the Fed’s decisions impact every aspect of the economy including interest rates, employment, wages, cost of materials, availability of credit and more.  All those things directly affect you, your tenants, the value of your savings, and the price of your properties.

But we make distinction between politics and investing.

We have an opinion about how things SHOULD be.  Sadly for us, things aren’t that way.  You may have your own opinion and you may agree or disagree with us.

That’s okay. It’s what makes the world go around.

But when it comes to investing, whether we like the Fed or not, and whether or not we agree with the Fed, politicians or each other…what matters is making sure we understand what is the Fed and what’s happening so we can try to anticipate likely outcomes and position our portfolios to roll with the flow.

Will there be inflation or deflation?  Will interest rates rise or fall?  Will employment improve or weaken?  And on and on and on…

The Elephant in the Room 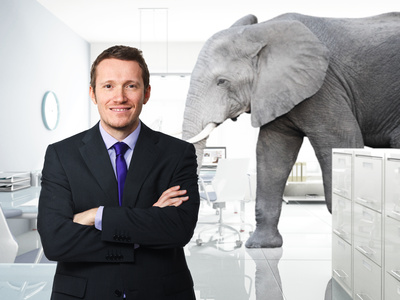 So, what is the Fed? It doesn’t matter if you think the Fed is evil and is trying to destroy you…or if the Fed is just a big, lumbering oaf…

If you’re on the wrong end of it, you get CRUSHED.

So pay attention to the Fed.  Try to see if from all angles.  And when it moves, make your adjustments to make sure you’re safely positioned.