Thanksgiving and your private property rights … 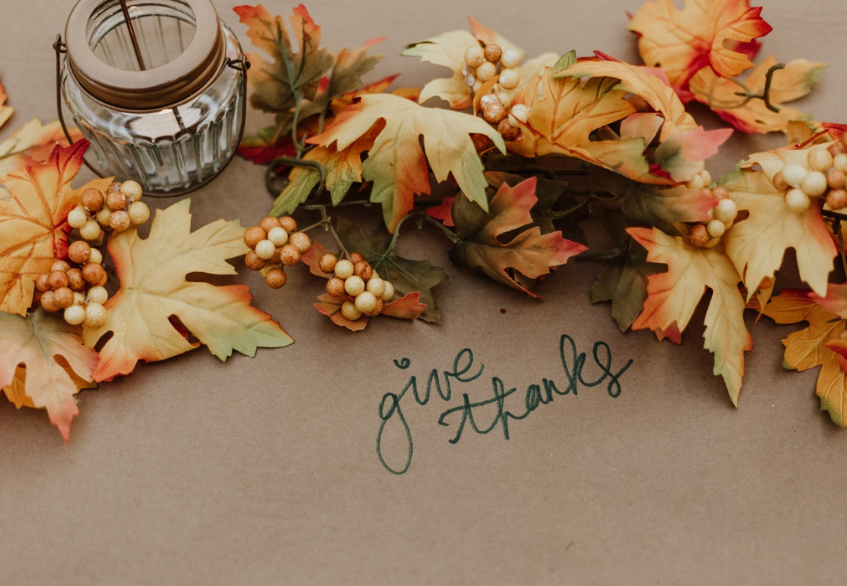 Perhaps more than any subset of American society, real estate investors have the strongest tie to the very first Thanksgiving.

Depending on where and how you learned early American history, you may have only a cursory awareness of the Plymouth Plantation “experiment.”

That’s where America’s Thanksgiving tradition came from. But the first Thanksgiving set the table for something more important than turkey …

Of course, private property rights are the foundation of the freedom to build wealth through real estate …

… something ALL real estate investors should be VERY thankful for.

Perhaps more importantly, there are valuable lessons from the Plymouth Plantation experience which are highly applicable … even today.

These lessons involve real estate, entrepreneurism, and human nature … all of which are timeless and highly relevant to our “modern” life.

That’s why we love to study history … especially economic and financial. As George Santayana famously said in 1905 …

“Those who cannot remember the past are condemned to repeat it.”

Because Thanksgiving is a holiday of both gratitude and of remembrance, it’s a good time to reflect on where we come from, what we have, and how much there is to be thankful for.

We happen to have a copy of William Bradford’s “The Plymouth Settlement,” which he wrote from 1605-1650 and was rendered into modern English in 1909.

Bradford was governor of the fledgling settlement which was populated by intrepid Pilgrims seeking freedom and fortune in the brave new world.

All this may seem antiquated and philosophical in 21st century America, but while technology, fashion, and language may evolve dramatically over decades …

… both human nature and the role of real estate in prosperity haven’t changed much over the centuries.

“Experience enables you to recognize a mistake when you make it again.”

So what is the great lesson for today from the Plymouth Plantation experience?

In short, private property rights helped save the Pilgrims because it unleashed what philosopher Ayn Rand calls “the virtue of selfishness.”

We know. Societal prosperity and self-interest might not seem compatible. But history begs to differ …

“In 1620 Plymouth Plantation was founded with a system of communal property rights. Food and supplies were held in common and then distributed based on equality and need as determined by Plantation officials.

People received the same rations whether or not they contributed to producing the food, and residents were forbidden from producing their own food.”

Of course, to grow food you needed land … and the right to do with it as you pleased.

But in this brave new world, the Pilgrims decided this was selfish, so everyone shared. It seemed like a good idea, BUT …

“Governor William Bradford … wrote that this system was found to breed much confusion and discontent and retard much employment that would have been to their benefit and comfort.

The problem was that young men, that were most able and fit for labour, did repine that they should spend their time and strength to work for other men’s wives and children without any recompense. Because of the poor incentives, little food was produced.”

Human nature clashing with human ideals … like when our fitness ideals clash with our natural affinity to beer.

“Faced with potential starvation … the colony decided to implement a new economic system. Every family was assigned a private parcel of land. They could then keep all they grew for themselves, but now they alone were responsible for feeding themselves.”

Reminds us of this old Proverb …

“The person who labors, labors for himself … his hunger drives him on.”
– Proverbs 16:26

Of course, the Proverb predates the Plymouth Plantation. We’re not sure if Bradford had never heard it … or heard it and forgot.

But whether because of ignorance or oversight, Bradford and his citizens had to rediscover this ancient truth the hard way … facing severe shortages.

Fortunately for all entrepreneurs and real estate investors today …

… the Pilgrims’ hunger forced them into a “new economic system” of private property rights and personal responsibility.

“This change, Bradford wrote, had very good success, for it made all hands very industrious …”

“Once the Pilgrims in the Plymouth Plantation abandoned their communal economic system and adopted one with greater individual property rights, they never again faced the starvation and food shortages of the first three years.”

Private property rights unlocked the virtue of selfishness and created abundance for all.

Obviously, there are many lessons here … and some encouragements.

First, there are very valuable, practical lessons in history. That’s why we study it and encourage you to do the same.

Also, public policies affect prosperity … and not always the way we think.

It took the Pilgrims three very difficult years to realize their idealism didn’t work in the real world. But confronted with the brutal facts, they found a better way.

The new system may have seemed harsh at first, but ended up being much more beneficial to everyone in actual practice.

Of course, the Founders were students of history and no doubt took into account the realities of human nature … especially the dark side … when setting up the American system.

We’re guessing Bradford’s lessons from the Plymouth Plantation factored into the Founders’ thinking and the unalienable right to private property.

The Founder’s devotion to individual rights, including our prized private property rights (which could be considered as elevating selfishness) …

The American Experiment, like the Plymouth Plantation, may not be perfect … and we’re still contending together to figure it out a few hundred years later.

But we’re thankful for the lessons of the past … and for the private property rights which form the foundation of our prosperity today.

Of course, like all rights, it’s important to exercise them or they may grow weak.

So we’ll continue to bring you ideas, inspiration, and introductions that help YOU exercise YOUR private property rights … for the benefit of the tenants and communities you invest in.