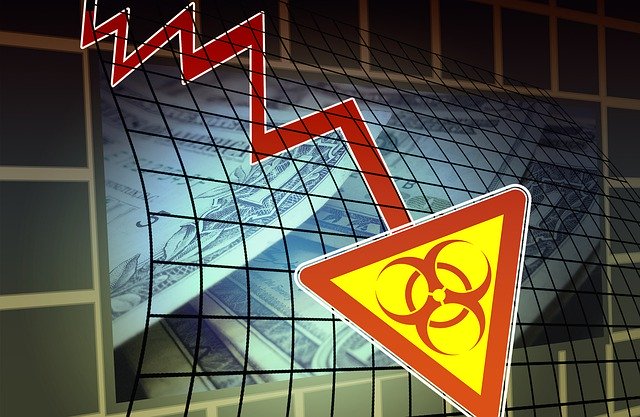 During the Great Financial Crisis of 2008, the Fed created over $85 billion PER MONTH of “new” dollars … and Uncle Sam spent over $800 billion to “save” the economy.
And now they’re doing it again.
To take on the COVID-19 crisis, the Fed has been creating over $80 billion PER DAY … and Uncle Sam is planning on spending nearly $4 TRILLION.
Is this spending spree going to work? What will happen next … especially in real estate?
In this episode of The Real Estate Guys™ show, hear from:

When you give us a positive review on iTunes you help us continue to bring you high caliber guests and attract new listeners. It’s easy and takes just a minute! (Don’t know how? Follow these instructions).
Thanks!

The Fed is busy printing cash and sending it out into the economy. When you hear about trillions of dollars in stimulus, the question is … what does that mean for real estate?
Some of you may have started investing in real estate after 2008 … so there is a whole bunch of experience that you don’t have.
So, if you haven’t gone back and studied what really happened in 2008 … it’s time to do so.
Understanding what happened then will help you understand what is happening now.
When the Fed sends more money out into the world … prices go up. And with the COVID-19 crisis, businesses are closed, and many paychecks have stopped … which means payments on a lot of debts are going unpaid.
What’s most important for investors right now is to reach out and listen to people who have been in a similar situation before.
That’s what we are doing today.

What’s happening in the economy now

Our first guest today is Nomi Prins. She is an author, journalist, and public speaker who writes about Wall Street and the American economy.
She understands that everything happening with the Fed and monetary policy works its way through the markets and affects real estate.
“We’ve seen tremendous and far greater than during the financial crisis of 2008 electronic money printing, not just from the Federal Reserve but from all of the central banks in the world,” Nomi says.
The central banks around the world are trying to keep their liquidity, their credit markets, and their economies … and the Fed is trying to create money, provide liquidity, and keep rates at zero.
Nomi says that, in her opinion, this relates to real estate in two ways.
One is the cost of money to the banks, to the lenders, and therefore to anyone investing or refinancing real estate.
Second is the Fed purchasing real estate securities that the banks have created. The Fed has done this in the past and has continued to do the same during this period … both regular individual properties and commercial real estate.
Unlike in 2008, a lot of the stimulus money has gone directly to people in terms of unemployment or through the PPP program to businesses. Will that make a difference?
Nomi says this method will make a difference for individuals and small businesses, but we’re still dealing with 30 million people who have filed jobless claims in the first six weeks of this crisis.
So, there is money coming into people … but a lot of people aren’t getting enough or aren’t getting funds effectively.
And, many people are choosing to save money rather than spend it and put it out into the economy.
In fact, the savings rate right now is over 13% … it hasn’t been that high since 1981.
Along with that, people are indicating that they’re less likely to make purchases … like buying homes.
Investors look at the other side of that … does that mean there’s opportunity? Will there be some bargains to pick up?
We asked Nomi what she expects the long-term interest rates might look like coming out of this.
“There’s definitely an opportunity as people, unfortunately, have to make decisions in terms of whether they want to stay in their properties and, ultimately, if they want to downsize,” Nomi says.
Doing so may mean opportunities for people who have more access to funds. Right now with rates where they are … well, they don’t get much lower.
“I think this crisis has created a scenario where rates may have seen their bottom for investors, which means it’s a good time right now for people financing, whether it’s for residential, through commercial investment opportunities to lock in those low rates,” Nomi says.

Looking to the future

Peter Schiff has been talking about the inevitable crash for some time. He warned of the 2008 housing crisis back in 2006.
Now, he says we haven’t seen anything yet. The real crash is still to come.
“I think that COVID-19 is the pin that is really putting a gaping hole in this bubble,” Peter says.
Peter says that, in his opinion, the bubble really began to leak air in 2016 … but Donal Trump threw it for a loop by winning the presidency.
“In that environment, the Fed was finally able to raise rates up to about two and a half … then all hell broke loose,” Peter says.
In the fourth quarter of 2018, we had the biggest decline in the stock market since the Great Depression.
That’s when the Fed did what Peter says he had been warning about. They aborted their attempt to normalize interest rates and started cutting them instead.
The Fed also started expanding their balance sheet again … then COVID-19 came along and accelerated the process.
“Everyone thinks that all we have to do is turn the economy back on and everything will go back to being great,” Peter says, “but we can’t re-inflate the bubble.”
Peter says that while COVID-19 is making it worse, the economic problems existed before COVID … and the government cure is far worse than the disease itself.
It’s not just the shutdown of the economy … it’s that the government is financing the shut down with budget deficits and printing more money.
Inflation is going to create destruction in the purchasing power of the dollar … which means the real crash is going to be far bigger now than it would have been had it come sooner.
“People have been lulled into a false sense of security and complacency in thinking that we can print all this money and not have any negative consequences,” Peter says.
All of this is going to show up in consumer prices in a big, big way.
We have a reduction in supply and an increase in money … which means higher prices even as demand falls. Peter predicts this could cause the dollar to collapse.
What does Peter recommend? Invest in gold, silver, mining stocks, oversee assets where income streams are coming in … currencies that are not the dollar that will gain the purchasing power that the dollar loses.
“You need to be defensive now,” Peter says.
For more expertise from Nomi and Peter, listen to the full episode!