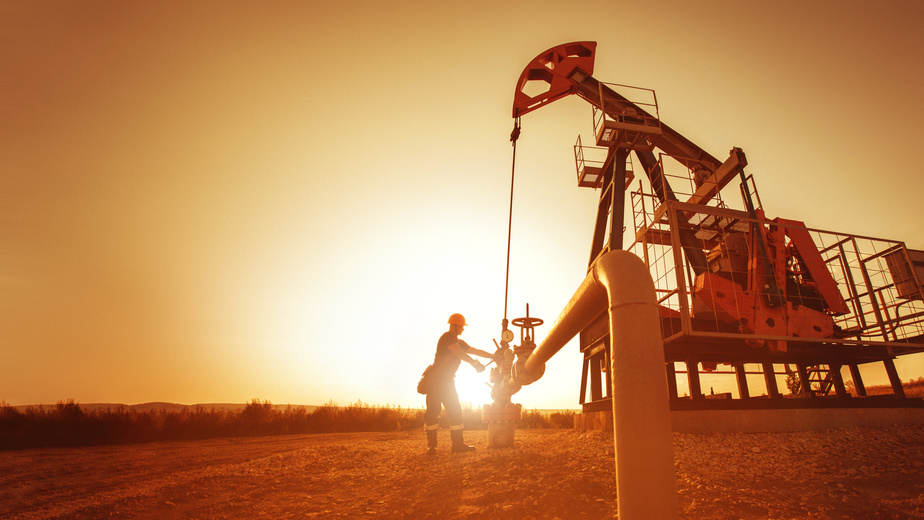 Land is at the heart of real estate investment. Some investors build on the land. Others profit from growing on the land.

But today we’re talking about the opportunities that lie UNDER the land … oil and gas.

Many investors hop into real estate because of its tremendous tax breaks … but that often only applies to PASSIVE income.

No investment is perfect … some forms of oil and gas investing come with high risks along with high rewards. That’s why we called on a seasoned Texas oilman to learn more.

A unique way to catch a break

Today we’re talking about a niche within real estate that has some unique upsides and some great tax benefits … and it’s something you might not have considered before.

Oil and gas is a very different type of investment … but there is a huge tax advantage to oil and gas investments that doesn’t exist in too many other investment categories.

So, if you’re at the end of the year, and you’ve got a big tax problem, and you’re trying to figure out where to deploy some capital … you could make an investment and get a tax break.

Energy is forever. It’s not a fad. It’s not an industry that shuts down … and any type of economic recovery is going to require the development and consumption of energy.

Oil and gas has a history with the petrodollar in association with the dollar and other currencies. But it also acts as a hedge against currency, because it’s a commodity like gold.

Another interesting aspect of oil and gas is it’s not JUST oil and gas. There are many peripheries of the business.

There are actual businesses that are associated with the industry that aren’t directly oil … so you can make a profit based on the oil business without having the same level of risk.

We’re hardly experts in oil and gas … but we are learning. And that’s why we hang around with smart people who know a lot more than we do.

One of those people is our guest is Bob Burr, founder of Panther Exploration (PANEX). He has been in the oil business for over 45 years … and he has plenty of expertise to share.

Opportunities in oil and gas

The first thing to know about oil and gas is that there is certainly an economic benefit. Everyone goes to the pump and sees what happens to oil prices.

But this time of year there is also a tax benefit.

We often say that we don’t let the tax tail wag the investment dog … but this niche might be the exception.

If you invest a dollar in oil and gas, the federal government will let you write off all the intangible cost of that drill.

“That means if you drill a hole in the ground and it has no value, it’s a hole. They used to make us depreciate the equipment out over seven years and eventually you would write off 100 percent. Now we get to write off the equipment also,” Bob says.

Bottom line … you’re talking about a 90 or 95 percent write-off against ordinary income the first year, right at the beginning.

So, how do you get started?

There are really a couple of different ways to invest in oil. The first is exploration … trying to figure out where the oil is.

Many of these properties are not owned. Instead, they are leased with wells that produce oil.

Most people looking for the tax write-off don’t want to be involved in exploration … because most of the time you don’t hit oil.

Instead, they want to be involved in wells that are already producing. Wells produce different amounts of oil each day depending on the location … but some wells have been producing for decades.

The other option is to find other businesses associated directly with the oil and gas business that makes sense for investors.

Three years ago, Bob and his team started to look at saltwater disposal wells.

As wells produce oil, they also produce tremendous amounts of saltwater. You can’t dump saltwater on the surface … it kills everything.

So, the government requires producers to pump this water back down into the earth at a safe level.

Bob pays a landowner to lease their land and builds a well to safely pump this saltwater … and other drilling companies pay him to take care of their saltwater waste for them.

“We’re operating a well now that in the first two years it was in production, it made $4.8 million,” Bob says.

Bob has also built off of this business by finding a way to clean the water before pumping it … allowing them to separate and remove any leftover oil and “skim extra off the top,” if you will.

And the saltwater disposal investment gets the same tax benefit as oil and gas.

For a niche like Bob’s saltwater well, investors can expect to put in $100,000 per unit.

They can then … depending on the details of the deal and after consulting a tax professional … write off 90 to 95 percent as ordinary income.

Oil and gas investment has the potential to be higher risk than other investments … that’s why Bob and his team take their job so seriously.

“I’m interested in one thing: Making money for us and our partners. That’s why I tell my team that they have a moral responsibility to get serious,” Bob says.

That is one of the great messages that Bob has shared with us and with other investors at our Secrets of Successful Syndication event.

Syndication is a sacred thing. You are working with somebody’s hard-earned money. They’re entrusting it to you.

That’s why an investor who is looking for this type of potential upside in terms of returns, as well as tax benefits, needs to understand and be educated on their prospects.

To learn more about oil and gas investing, listen in to our full episode.