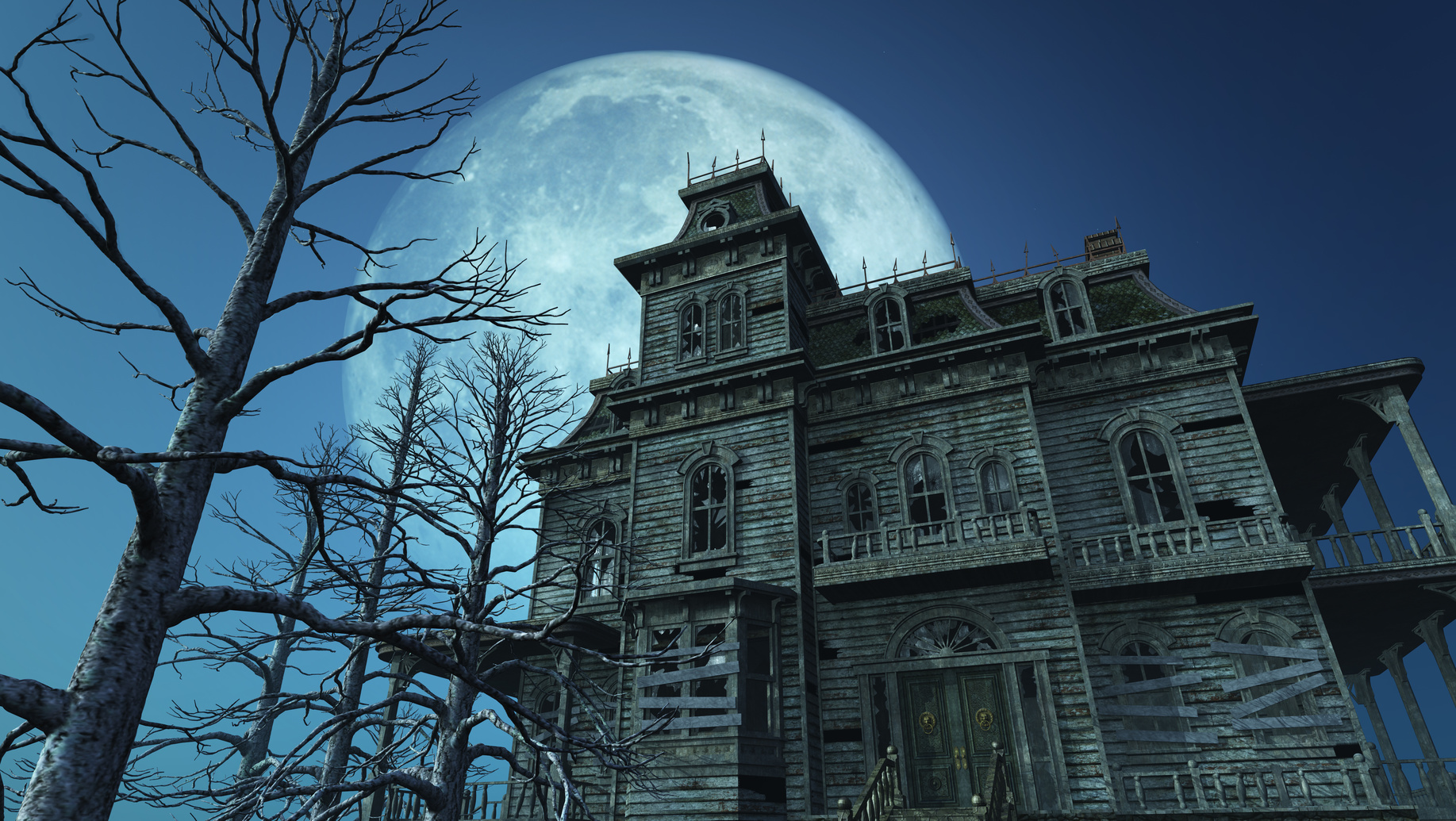 We’re honored our guests chose to share their horror stories with us. They also discuss what they discovered in the process … so YOU can learn what NOT to do.

In this Spooktacular episode of The Real Estate Guys™ show, you’ll hear from:

The shot heard ‘round the neighborhood

But this made one particular tenant less than happy.

You see, the existing tenant was occupying two houses … one for personal use and one for their daycare business … and the rent raises meant they had to downsize.

But that’s life. Sep put a Section 8 tenant into the newly unoccupied property and thought that was that.

Six months later, he found out there had been a drive-by shooting. Turns out the Section 8 tenant had a teen involved in gang and drug activities … not the kind of thing you can find out on a background check.

The Section 8 tenant moved out shortly afterward, and Sep started the process of putting a third tenant in the house. But the old tenant … the daycare owner … still wasn’t happy. They started interfering with the leasing agents, trying to scare off prospective renters.

Still, Sep found a new tenant and everything seemed okay again … until about a month later, when the tenant heard loud shots.

Turns out the disgruntled neighbor had fired a paintball gun at the new tenant’s house … then told them about the previous drive-by shooting.

The solution … Sep made an agreement with the new tenants to put in a state-of-the-art security system so they would feel safe.

The takeaways … Crime sometimes happens, no matter how many safeguards you have in place. Sep says it’s important to mitigate the problem WHEN it happens so it’s not associated with the neighborhood.

And keep in mind, Sep has a portfolio of over 100 houses. He reminds investors to not get discouraged … these kinds of horror stories are the exception, not the rule.

He found a developer building fourplexes who was looking for hard-money loans and decided to sign on.

Because Todd was only in on a portion of the fourplex, he couldn’t foreclose.

The solution … Todd did his best to fight for the money held in the construction management company. Unfortunately, he never recovered all of his money, and what he did get back didn’t return until years later.

The takeaways … “Don’t do a hard-money loan on a fourplex,” Todd says. Know exactly where your money is going BEFORE you make a loan, and understand what will happen in a worst-case scenario.

Also, make sure you can foreclose on a property. And evaluate the risks of any loan or investments. If you’re unsure … ask questions. The vetting process should take time if you’re doing it right.

Michael Manthei’s troubles didn’t start when he bought a 10-unit building in a rougher neighborhood … they started when he replaced one tenant with an older gentleman who seemed like a nice guy.

Soon after the tenant moved in, water started leaking from the apartment into the commercial space downstairs.

Then, there was a death in the apartment.

Turns out, the new tenant had been charging homeless people $10 to shower at his place. He let one woman stay overnight … and she overdosed and died. The man was even running a prostitution operation from the apartment.

The solution … “We kindly asked him to leave, and he complied,” Michael says. That wasn’t the end … the apartment was in bad shape and had to be gutted and cleaned.

The takeaways … Don’t trust your intuition more than the process.

Michael now makes sure new tenants complete an application, do a full criminal and eviction background check, and supply references and employment history before he will even consider them.

He considers that process an investment … on getting quality, long-term tenants.

Brad and Emily Niebuhr do a lot of mixed-use deals. But in one property they bought a few years ago, things went terribly wrong.

First, there was the love triangle. One tenant had her boyfriend added to the lease … but a few months later, the boyfriend moved into the apartment of a DIFFERENT tenant.

But that’s not the horror story.

People started to hear lots of noise and banging … including odd sucking sounds … coming from the second tenant’s apartment. Then, water started to leak from the apartment into the commercial space below.

Turns out, the tenant and her new boyfriend had jaunted off to Alaska, but not before illegally subletting the apartment.

The subletter had an issue with the bathtub drain … but since he didn’t want anyone to know he was there, he was using a Shop Vac to drain water from the bathtub, sometimes as many as 13 times a day.

Even worse … the new subletter was allegedly a drug dealer who brought an unverified service dog onto the property.

The solution … Emily and Brad did a property inspection and gave the subletter notice, and he quickly moved out. They also fixed the drain issue.

The takeaways … If you couldn’t tell, Brad and Emily were managing the property without the help of a property management team. They told us that now, they wouldn’t go without one.

They also realized that investments are about more than the numbers. Even though the mixed-used property had amazing cap rates and returns, it was in a rural area, and they couldn’t find a property manager.

Although they finally have property management now, it took a lot of searching. “There’s a learning curve to the due diligence process,” the couple says.

In 2008, Silvana Shull had a successful business in Japan … a large retail furniture and interior design operation. She bought and designed a custom showroom because the numbers made sense.

But right after, the economy started to shift.

She was able to manage for about three years … until 2011 and 2012, when Japan was struck by a series of natural disasters, including tsunamis and earthquakes.

The operation was destroyed.

Silvana had to make a decision … cut her losses and try to rebuild, or close her business entirely and try to recover what she could.

The solution … Silvana sold the building she bought for less than 10 percent of what she originally paid. She shipped all her remaining inventory to Hawaii, where she eventually was able to sell everything … but the entire process took seven years of daily, dedicated effort. And she did it all while taking care of her two small children.

The takeaways … Running an international operation isn’t easy and requires a team. “I didn’t listen to advice and thought I could do anything,” Silvana says.

If she were to do it again, she would listen more and move slower. Although it’s impossible to control natural disasters, Silvana says it probably didn’t make sense to expand in Japan, considering she was living in Hawaii at the time.

Lane Kawaoka is a podcaster, like us. His show is called Simple Passive Cashflow.

He is also an investor who has made a few mistakes.

When he was starting out, Lane wanted to use his self-directed IRA to invest in a passive deal, but he didn’t know many people.

So, when he got a referral, he didn’t do much investigating. Lane invested $43,000 … almost his entire IRA fund … in a deal that looked pretty good on paper.

But then he started networking with other limited partners and heard the operator wasn’t the most scrupulous person. A year later, Lane got a letter that said his deal had gone south.

Lane was left with a property that needed $20,000 worth of repairs in a tertiary market with long selling times.

The solution … Lane wrote off the loss and eventually fire-sold the property. He was left with only $7,000 in his IRA fund.

The takeaways … “Don’t work with someone you don’t know, like, or trust. And don’t lose focus on building relationships with other peer investors,” Lane says.

This story comes from an investor outside of the U.S. … David Kafka. David is located in Belize.

One day, David got a call from an employee. The police needed him to identify a body. Turns out, it was a client of David’s … he had just listed and sold her house.

There were some questions floating around about whether the client had actually wanted to sell, and David had the keys to her house. He was worried he might be a suspect. But he was even more worried about finding the actual killer.

The solution … Eventually, David ended up closing the deal. And he realized he wasn’t a detective and couldn’t solve the murder. He had to extricate himself.

The takeaways … Dot your I’s and cross your T’s, says David. When the unexpected happens, you want to put yourself in the best possible position.

Also, remember that sometimes bad things happen to good people … and that many things are simply out of our control. So, be compassionate and have fortitude, but keep your nose out of things that aren’t in your jurisdiction.

He had great insurance … probably a little too much, he says. But that insurance came in handy when someone broke in and started a fire two months before the condos were set to be finished.

Ryan was on vacation in Hawaii when he got the call, but he had a local contractor on the ground who could help manage the situation.

The solution … Ryan immediately sent an email out to his investors. He also informed his lender, a bank, right away. And he submitted an insurance claim, which luckily covered the damage to the dollar.

The fire extended the entire process by about three months, but in the end, Ryan was able to offer his investors a return over 50 percent.

The takeaways … “If it can go wrong, it probably will,” says Ryan. So always be over-insured. And remember, “Bad news doesn’t get better with age.”

Be transparent and handle problems as quickly as possible … and make sure you have eyes and ears on the ground to help you out when times get tough.

How to handle a horror story

In stressful times, attitude plays a big role. But what really matters is asking the right questions:

That way, you can turn your horror story into a learning experience that will help you be an even smarter investor.