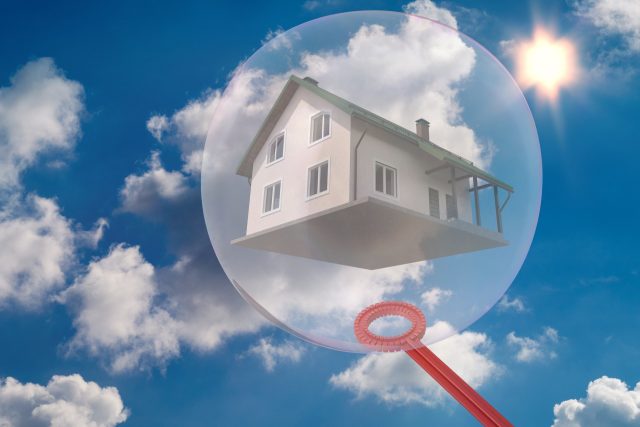 The S&P CoreLogic Case-Shiller national home price index showed prices were up 20.6 percent in March compared with 12-months earlier. That is a faster pace than the 20 percent gain in February.

Those of us who have been anticipating a deceleration in the growth rate of U.S. home prices will have to wait at least a month longer,” says Craig J. Lazzara, Managing Director at S&P DJI.

The index tracking prices in 20 of the country’s largest metropolitan areas jumped 21.2 percent, an acceleration from the 20.3 percent pace in February. The increased pace came prior to the Fed’s recent campaign to tighten financial conditions. In March, the average rated on a 30-year fixed mortgage was 4.17 percent. In May it averaged 5.23 percent. The higher rates are expected to cool down the housing market, although data from April showed prices of new and previously owned homes purchased in the month were still rising, even if the number of homes sold has slid. The national index increased 2.1 percent month over month, on a seasonally adjusted basis. That was a tad faster than the two percent gain recorded in February. The 20-city index rose 2.4 percent, matching the pace of February.

Home prices were up by double-digits on a year-over-year basis in all 20 metropolitan areas tracked by Case-Shiller. The greatest gains were in Tampa, where prices rose 34.8 percent, Phoenix, up 32.4 percent, and Miami, up 32 percent.

“Mortgages are becoming more expensive as the Federal Reserve has begun to ratchet up interest rates, suggesting that the macroeconomic environment may not support extraordinary home price growth for much longer. Although one can safely predict that price gains will begin to decelerate, the timing of the deceleration is a more difficult call,” Lazzara said.