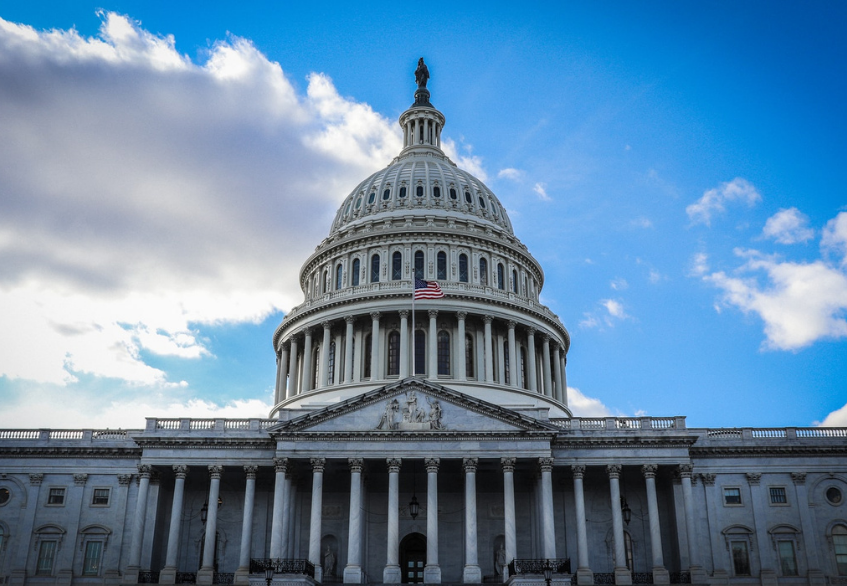 It’s been a long, winding, and somewhat treacherous road. But here we are at the dawn of the next Presidential administration of the United States.

It’s time to put away the popcorn and break out the champagne … or valium … depending on your feelings about the most controversial election in modern times.

But as we often say, the market and the PTB (Powers That Be) don’t really care what you think or how you feel. It’s not personal, though it sometimes feels so.

Celebrating or grieving … agreeing or disagreeing … investors simply need to read the situation and react accordingly.

Of course, politics can be a divisive topic when discussed in the context of opinion and preferences. That’s why we stay out of all that.

But it’s undeniable policy affects the system that we ALL live, work, and invest within. So we need to look at policy objectively and discuss it.

People may disagree about the “shoulds” … but none of those change what “is” … or what is likely based on campaign promises made.

According to this CBS News article, here are some of the relevant policies Joe Biden has promised in his first 100 days as President …

Like most things in life, there’s good and bad here … at least from a real estate perspective.

On the bright(er) side, slowing the flow of distressed inventory will also likely slow the decline of prices and erosion of equity.

So if you haven’t already harvested as much equity as you can and locked in today’s record low rates, you might think about it.

If YOU don’t take the equity, the market probably will.

After all, the only reason to restrict evictions and foreclosures is because they are EXPECTED to happen. It’s a clue about the “dark winter” Mr. Biden foresees.

Which brings us to the darker side …

We haven’t seen any details, but our guess is these eviction and foreclosure restrictions will NOT apply to rental property owners.

This would mean YOU can’t evict non-paying tenants, but lenders CAN foreclose on your investment properties.

This obviously puts a lot of pressure on landlords’ balance sheets as they’ll need to service debt without income to save their properties and equity.

Of course, landlords are only a buffer against damage further up the food chain. The kinds the PTB tend to care much more about.

When homeowners and small landlords can’t pay mortgages, it creates issues for lenders … including banks and bondholders. Credit markets could seize up.

That’s what happened in 2008 … and as we said when the pandemic first hit and lockdowns ensued … the economic crisis could soon trigger a credit crisis.

Based on 2008, we wouldn’t trust credit lines as a primary source of liquidity. You’ll probably want something more real … like cash and precious metals.

That’s another clue about the state of the economy.

To be fair, tons of currency printing was in the cards no matter who occupies the White House. It’s not really a policy decision, but a systemic necessity.

Using freshly printed currency (true inflation) to paper over a credit crisis puts ALL the pressure on the dollar.

So it’s not a question of if they’ll print and spend, but simply how much and how fast.

… and she obviously has strong ties, insights, and influence into the Fed (which has far more real-world control over the dollar than Treasury) …

… BUT how do you print trillions, keep interest rates low, AND keep a strong dollar?

Maybe Yellen learned some new tricks while out on the speaking circuit? We’ll see.

Because as we’ve discussed many times, with the levels of global debt in the world, rising rates are a huge threat to banks and bond markets.

Our bet is the Fed will print whatever it takes to save the credit markets … putting tremendous pressure on the dollar.

Of course, real assets like real estate and precious metals are hedges against a falling dollar. But when you add debt to go more short the dollar … inflation is your friend. At least as long as it doesn’t starve your tenants.

Promise: Formulate a plan to achieve 100% clean energy and net-zero emission by 2050

This goes hand-in-hand with cancelling the Keystone Pipeline. And these may be noble causes and well-justified based on environmental concerns.

That’s not our point.

Again, whether you support or oppose these initiatives, as real estate investors, we need to watch them because they impact jobs and the cost of energy.

Energy is a major cost input for EVERYTHING in an economy.

If energy costs more, it shows up in higher prices and puts pressure on working class people like your tenants.

Of course, if you’re heavily invested in energy producing markets where jobs are at stake, then you’ll REALLY want to pay very close attention to how these policies trickle down to your local market and demographic.

There are those words again … “spend trillions”.

Besides the aforementioned pressure on the dollar, funneling trillions into buying anything is likely to push the prices UP.

And depending on what Uncle Sam buys, it could be a boon to some regions. So we’ll be watching to see where all this spending will happen.

Meanwhile, if these purchases drive up prices of consumer goods (CPI inflation), it may directly affect your tenants’ cost of living in a negative way.

And even for believers in Modern Monetary Theory, who believe the U.S. cannot go broke … that federal deficits and debt don’t matter … and the litmus test of “too much” printing is a rising CPI …

That’s because, without the Fed’s fresh currency, there’s probably not enough demand for Treasuries from “existing currency” to keep interest rates low.

Of course, real estate investors care about interest rates, CPI, and the value of the dollar … so all of these policies directly affect Main Street.

It seems clear from everything we’ve seen so far, the Biden Administration intends to be aggressive in unwinding and reversing nearly everything President Trump did.

You may think that’s great. You may think it’s terrible. You may have never thought about it at all. But you should still pay attention.

Love him or hate him, President Trump’s tax reform was very good for real estate investors. Common sense is a reversal would be bad.

In fact, when then-candidate Joe Biden published his proposed tax plan, we discussed it with our CPA friend Tom Wheelwright.

Of course, that was Tom’s opinion back then based on what was only being proposed by Biden at the time.

We can’t be sure what will really happen, but now that a Biden Administration is upon us, we’re watching to see what really happens.

As we’ve discussed before, there’s been talk of Biden supporting Trump’s Opportunity Zones program, so maybe not everything will be rolled back.

Meanwhile, when it comes to housing …

Biden looks to give a big boost to homebuyers and builders
– CNBC, 1/19/21

“From home financing to home construction, Biden’s plans are focused on affordability. Here are some policies he could push for:

But from an investing perspective, this has some potential ramifications …

First, more purchasing power driven into housing and specific markets could create an upward bid in those areas. Remember real estate is LOCAL.

On the other hand, if the building incentives increase inventory in a specific area, then additional supply could soften the bid from empowered demand.

Either way, there’s equity potential … either as a developer or an early investor … so watch how the policy rolls out in the context of the dynamics of your particular market.

Another consideration is if a Biden housing stimulus program successfully helps working class people buy homes, then it could reduce demand for rentals.

Of course, with so much negative pressure on jobs, we’re not holding our breath … but let’s see. Biden’s approach to virus control will play a big role too.

Obviously, there’s a LOT more to talk about, but these are some highlights.

We’ll keep watching … and asking our big-brained friends to share their insights with you in the weeks and months to come. Stay tuned!