Live from the 15th Investor Summit at Sea™ – Part One 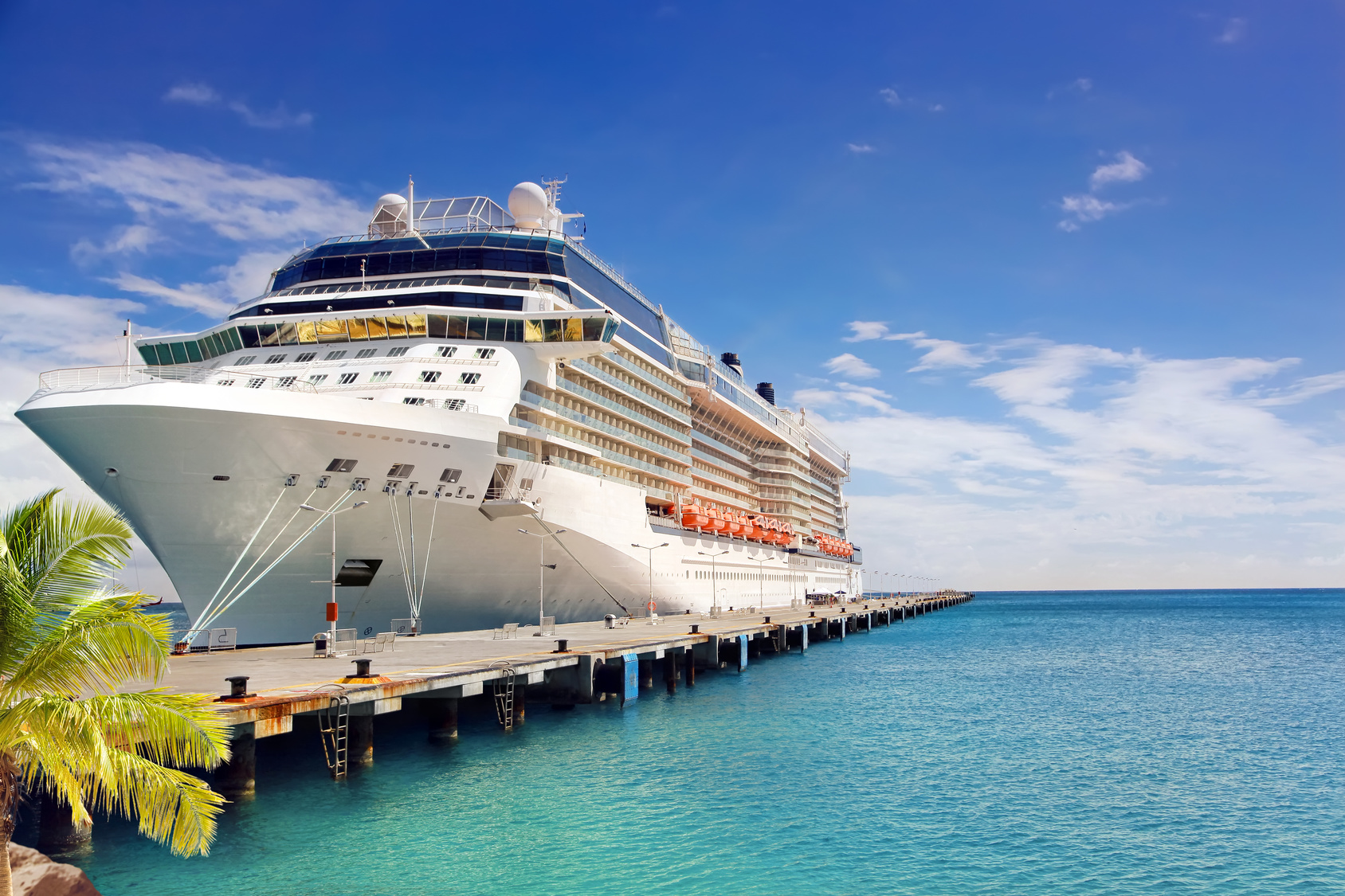 Ever had a life-changing week that left you reeling? That was us, after our 15th Annual Investor Summit at Sea™. It was one of those weeks we could relive over and over, and we’d like to take you aboard.

Our speakers are providing the BEST insights on real estate, economics, business and even life tips. Hear, also, why there’s always room to be optimistic.

Listen in as we sail with the specialists. In this informative episode of The Real Estate Guys™ show you’ll hear from:

Preparing for the future…

Author of Rich Dad Poor Dad, Robert Kiyosaki, continues the conversation … letting us know how he looks into the future.

“It really is possible to look into the future because there are parts of history that do repeat. The number one thing repeating is the ability to print money.”

Some would say it’s one of the biggest scams in history.

Robert explains that the biggest culprit of this salacious scam is the lack of education.

Due to the lack of financial literacy and excessive money printing, Robert suggests we may already be in a depression.

Robert’s reasons for writing the book Rich Dad Poor Dad was to prepare people for these types of crises today.

But no matter the crisis, there is still reason to be optimistic.

Robert’s best advice in these economically uncertain times is to have a plan B.

In fact … Robert started with his plan B.

He didn’t get a job … but instead started his own business, invested in real estate, and invested in financial education.

Robert’s plan B was better than any plan A.

Much of his success had to do with his mission … his devoutness to duty, honor, and respect and in staying in line with his moral and ethical compass.

Lessons to be learned … seek financial education … have a plan B … and have a moral mission.

Debt … a four-letter word despised by many. But there ARE good times to go in debt.

Debt is overwhelming and often causes financial hardship. But real estate investor, Ken McElroy, gives his positive spin on the benefits of debt.

“I believe it’s good to be in debt right now because obviously the way the dollar is being printed. That’s going to drive inflation.

His simple reasoning behind this is if you are in debt now … you can pay it off with cheaper dollars later.

But don’t start racking up your credit cards now. There is a BIG difference between good debt and bad debt.

Bad debt is when you invest in things that depreciate quickly after purchase.

Good debt as Ken suggests, “is the kind of debt your tenants pay off.”

In other words, it’s investing in things that appreciate over time with a result in cash flow.

You borrow from the bank to invest in real estate (good debt) while tenants pay off that debt … and voilà you put money RIGHT back into YOUR bank account.

In Ken’s experience, “Good debt is a good way to get massively rich.”

Get into good debt … get more money in the bank.

Seems like an oxymoron, but the reasoning is sound.

So keep in mind … shying away from debt might actually lose you more money in the end.

Economist Peter Schiff joins our show once again with his expertise on the American dollar.

Peter and many others here agree that we are headed toward an economic downturn.

Generally speaking, in a strong economy and productive growth, prices don’t increase because you’re producing goods with a high supply.

But with decreased productivity and a shortage in supply … the economy slows down.

In many cases, the Federal Reserve resorts to printing more money causing inflation to accelerate.

Is this really true?

He explains the dollar is strong … relative to other currency falling at a slower rate.

But “it’s not real strength,” he explains.

Simply because the euro or the yen are weaker than the dollar doesn’t equate to strength.

According to Peter, gold is only up by 8% this year … which isn’t very strong compared to earlier years.

The constant increase in living costs … often more than 2% of inflation … only emphasis the weak dollar.

Peter asserts, “If the dollar really were strong, the cost of living would be falling.”

Perhaps the media should redefine their use of “strong dollar.”

An Opportunity for Optimism

Investor Simon Black of the popular Sovereign Man joins The Real Estate Guys™ once again at our annual sailing summit.

Just like in any investment, there are many risks or potential problems to be weary of.

Simon identifies some of these problems including “unprecedented levels of debt” and the central bank that appears to be “actively engineering it’s own insolvency.”

But even as the bank inflates our money away, Simon joins other experts in remaining optimistic.

There may be a number of problems, but as Simon so brilliantly pointed out “Anytime there are problems, those are just opportunities. “

These problems present us with infinite opportunities to learn, innovate, adapt, and improve our circumstance.

These opportunities are a gateway to knowledge and learning … in hopes we can establish a healthy and sustainable marketplace.

We completely agree with Simon … at the end of the day we are intelligent people and “we are going to be okay.”

A Framework for Success

The Real Estate Guys™ welcomes … for the first time on the show … authors of Prosper, Chris Martenson and Adam Taggart.

Chris’ curiosity led him to create a book and video series entitled The Crash Course.

After a series of events, Chris discovers that our entire entitlements system in the US is completely insolvent and unsustainable.

Intrigued by Chris’ insights, Adam continued the conversation with Chris … forming a complementary (and impressive) partnership.

Using their unique skills, data, and wealth of knowledge, they co-wrote Prosper in hopes for seeking real solutions.

Both teach the principles of The Three E’s. Which are:

The economy, as Chris suggests, is the most important E to pay attention to.

Without a functioning economy, we are vastly limited in possibilities.

The relationship between energy and the economy is also key to understand.

Lastly, we need to understand the environment … what we take out of it and what we put back in.

Chris asserts, “We can’t keep going as we have. It’s time to have a whole new approach for living on this planet.”

We can’t continue to have a constant increase of growth year after year.

Yet so many companies and countries place their projections on this data.

Next year is always going to be better.

While this is a positive perspective, Chris and Adam’s research shows … it is NOT actually POSSIBLE.

“Infinite growth is not possible in a finite space,” Chris says.

Instead of projecting eternal growth, Chris and Adam advise investing in differing capital.

In their definition, wealth is a whole lot MORE than just the number in your bank account.

You gain MORE resources by expanding your capital outside of mere money.

Developing these types of capital along with an increased resiliency … will set your path for success.

Money on the Mind

Our last interview for today is the author of The Creature from Jekyll Island, G. Edward Griffin.

The main question on our minds today is why people always want more money?

Edward’s simple response says it all.

“Money is a measure of the extent of which you can ask for and receive the services of other people.”

In expanding wealth, some believe money is for the greedy or evil.

It can provide enlightening education, take us abroad, and create tremendous opportunity.

But also, unfortunately, money can be used in unsavory ways. “The fact of the matter is that evil people have captured control of the system by which money is created,” Edward states.

He is referencing the Federal Reserve.

Or what he also refers to as “the engine of inflation.”

The Federal Reserve controls the creation and elimination of money.

The controversy with this agency is their excessive fiscal printing with no tangible thing to back it up.

They produce money out of thin air … and then collect borrowed interest on it.

It’s a difficult concept to wrap your mind around … perhaps if the government had a little more moral in their mission like Robert, inflation wouldn’t be as big of a problem.

Many of us are floating in a sea of investment opportunity.

There are so many factors. There’s the undercurrent, the winds, the weather, and the waves jostling us around.

But with every problem, there in turn is another opportunity … a chance to unify with our peers and come up with solutions.

This Summit gives us so much to digest … but don’t tune out just yet.

We have a lot more thought-provoking ideas heading your way as we continue our ocean sailing.

Until next time … make some equity happen!

A holiday musing of clarity and focus