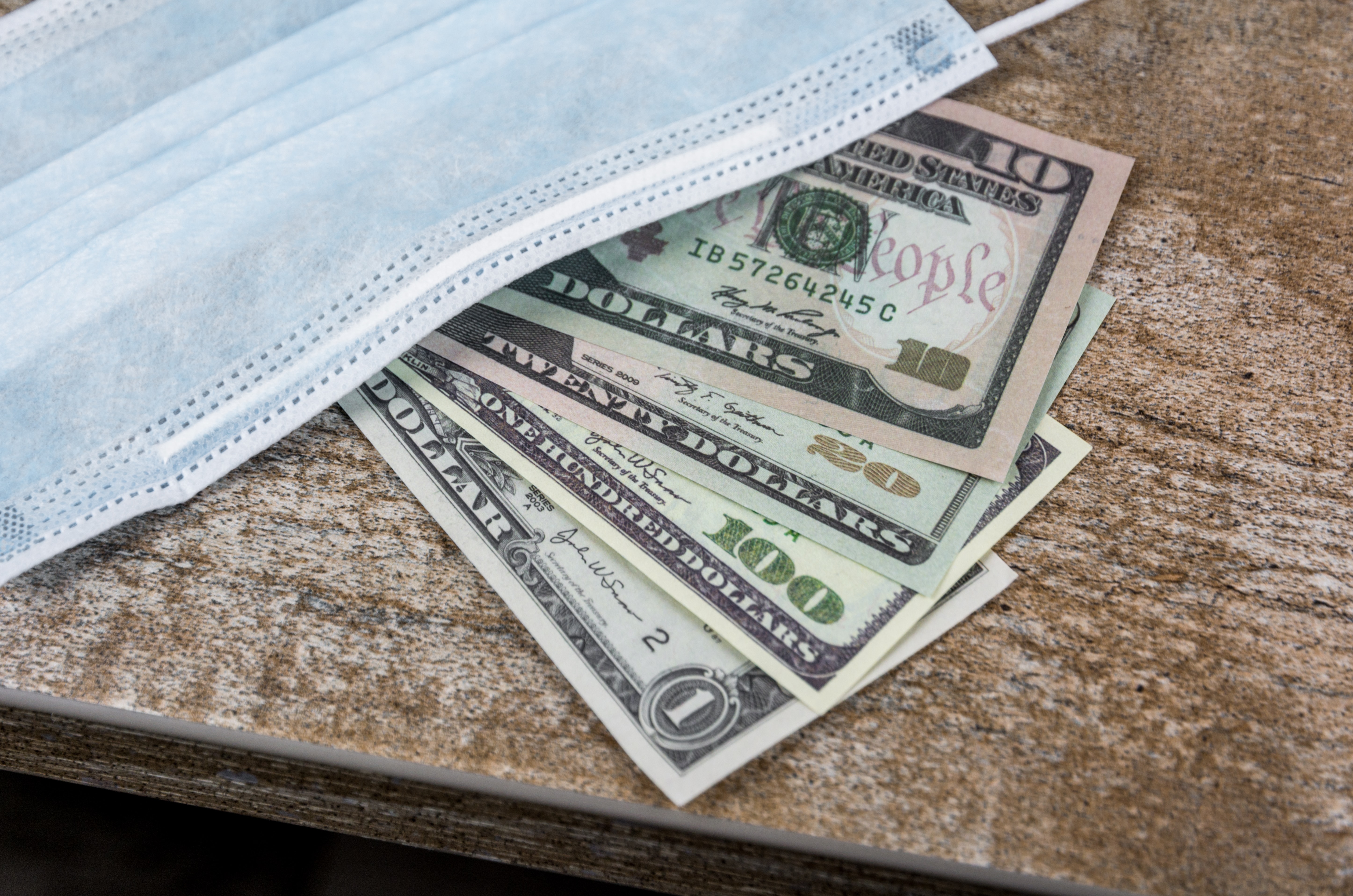 The COVID-19 pandemic means the economy has slowed down … way down in some cases.

So, central banks led by the Fed are conjuring TRILLIONS of fresh dollars out of thin air. And Uncle Sam is making sure they get into circulation.

The question on many investors’ minds is, “WHAT IS GOING TO HAPPEN?”

Will prices rise or fall? Can the economy grow if it’s locked down? Or are we headed into depression?

And of course, one of the biggest questions of all … will the world trust a dollar being diluted by the trillions on a monthly basis?

Looking at the bigger economic picture

All investments float in the economic sea. If you only look at real estate … instead of taking a step back to look at the bigger economic picture … you may run into trouble.

The situation we find ourselves in today with COVID-19 is different than other economic situations we have faced in the past … 2008 included.

This health crisis has manifested in a global economic lockdown. Instead of a credit crisis coming first and leading to job losses, we have job losses right out of the gate in a bigger fashion than we’ve ever seen in our lifetime.

And not just in the United States … around the world.

So, it makes a lot of sense for us to talk to someone today that looks at the world from the understanding of credit markets on a global level and how all of those things play together.

Richard Duncan is a PhD economist and author. He was an advisor to the International Monetary Fund (IMF), and he really sees a much bigger picture than the average investor.

Whether you agree with the opinions he shares today or not, Richard is qualified to have an opinion.

If you concentrate hard on listening to what he has to say, processing the data, and understanding his logic, you might gain some great insights and actionable intelligence.

If nothing else, you may learn to anticipate the potential consequences that can come when the people behind the financial curtain start pulling on their levers.

“The thing that is going to determine whether this is just a recession or a full-fledged 1930-style depression is going to be the speed and magnitude of the government’s fiscal and monetary policy response,” Richard says.

COVID-19 has put the economy into a complete freefall, but Richard says that we have been really fortunate in the U.S. because the government acted quickly.

The government has come to through with almost $3 trillion of fiscal rescue bills with more money potentially on the way.

Meanwhile, the Fed has radically expanded the amount of money that is created. In 2020, the Fed has created $2.75 trillion in new money.

Basically, the government is spending money to replace all the money that’s not being spent by households and businesses … they’re holding the economy together.

“If the government spends enough and the Fed continues to print enough, there’s no reason that we have to collapse into a protracted, decade-long depression the way we did in the 1930s,” Richard says.

But, it’s going to be absolutely crucial that the government keeps spending.

If they do, Richard thinks that the economy will survive and come out of this crisis looking very similar to the way it looked before COVID-19.

But if not, then the U.S. could be headed for a depression-style economic catastrophe that could extend far into the future.

That’s why it is absolutely essential, in many economists’ view, that the government continue propping up the economy and holding the economy together the way that it has so far.

But what happens when, say, $10 trillion more works its way into the economy?

It DID cause inflation at the asset price level, but that was part of the plan. They needed to push up asset prices to create a wealth effect, boost consumption, and keep the economy growing because the private sector was weak.

So, looking ahead based on that experience, Richard says it is by no means certain that we are going to move into a period of significant inflation at the consumer price level.

All of this remains true as long as globalization remains intact.

For example, before the outbreak of the virus, tensions with China were already strained. Now things are … even more so.

In the U.S., we have realized that we don’t have the manufacturing in place to manufacture medical supplies that we need. So, a certain amount of manufacturing has been brought back during the pandemic.

That’s a good thing … but it’s hard to tell to what extent that localization is going to be reversed. If globalization breaks down entirely, Richard says there is a chance that America will move back to a period of high inflation rates.

The future of the dollar

Moving forward in terms of the dollar, Richard says that there really is no alternative to the dollar standard.

“The reason the dollar is the global reserve currency above all else is because the U.S. has such a large trade deficit,” Richard says.

For instance, in recent years China’s trade surplus with the United States has been more than $1 billion every day.

That means that China sells its goods in the United States. It gets paid in dollars. It takes those dollars back to China … and it has a few choices.

“It can burn them. It can bury them under the Great Wall, or it can buy dollar-denominated assets with them like treasury bonds,” Richard says.

So, as long as China wants to keep selling things to the U.S. and have that surplus, it’s going to have to take those dollars and invest them either in government bonds or something riskier.

That’s not going to change. There’s nothing they can do about it as long as they want to keep selling things in the United States … and their economy depends on it.

For more on Richard’s thoughts about the world economy and where things are headed … listen to the full episode!