Coronavirus could be coming to Main Street … 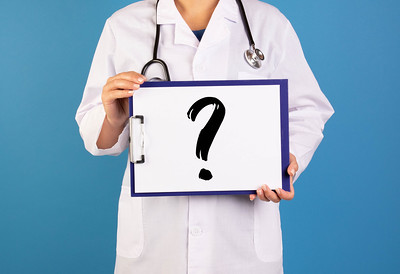 By now you’ve probably heard about the coronavirus. It’s big news and appears to be getting bigger … and there are MANY angles on the story.

Of course, we’re just The Real Estate Guys™ … not the virus guys … so we’re not qualified to have an opinion on the health risks or odds of a global pandemic.

… it’s certainly creating some economic upheavals all investors (even real estate investors) should be paying attention to.

And as long as we all survive long-term, the coronavirus crisis is raising notable concerns and creating short-term opportunities.

To be clear, we’re not making light of it … or suggesting that economic consequences are the most important aspect of the coronavirus story.

But since we don’t have the expertise or ability to change what’s happening or to advise on how to avoid the health risks … we’ll just focus on the investing considerations.

It’s safe to say the coronavirus could be the proverbial “Black Swan” financial pundits constantly obsess about.

No one saw it coming, and then … BOOM! It’s here. And it’s already having a profound effect on stocks, bonds, currencies, and commodities.

Of course, the big question is … what does the coronavirus mean to real estate investors?

In the short term, it creates an opportunity …

As freaked out paper asset investors jump into safe havens, lots are ending up in U.S. Treasuries.

This is bidding bond prices UP, driving bond yields DOWN …meaning interest rates are falling.

… and lock in those low rates for the long term.

Meanwhile, some safety seekers are piling into gold … and we think there’s two parts to that story … maybe three.

First, gold is the ultimate safe haven because there’s no counter-party risk (assuming you take physical possession) and you avoid specific currency risk.

In other words, you can store wealth in gold, and later convert it into ANY currency … not just the one you bought it with.

American brains often tilt here … because they only think in dollar terms. But the rest of the world doesn’t.

Sure, the U.S. dollar is still considered the “safest” currency … but as we explain in our Future of Money and Wealth video, “The Dollar Under Attack” … there are reasons to be careful of the dollar long term.

And enough investors in the world appear to agree … and they’re bidding up the price of gold in their flight to safety. That says something about the dollar.

As is often the case, investors and mainstream financial media pundits fixate (and trade) the symptoms … sometimes missing the real problem.

There’s a YUGE difference between a booming economy and a strong financial system.

During this U.S. election cycle, you’re likely to hear about the “booming economy” … and it’s true.

But even more importantly, it’s NECESSARY … and that’s the concern.

This is what our big-brained friends help us understand and navigate.

The world is piled nose-high in debt … most of it at very low interest rates. And yet, it’s barely being serviced.

There are many tapped out “zombie” businesses who don’t even earn enough profit to pay their interest … which means their debt is a slow-growing cancer.

A spike in interest rates or a decrease in prices or economic velocity accelerates their demise … but that’s just the beginning.

… the potentially bigger problem is the ripple effect through financial system balance sheets which are holding bonds as ASSETS … assets they’ve borrowed against.

This is EXACTLY what happened in 2008 with sub-prime mortgage bonds.

It wasn’t the direct losses from a relatively small number of sub-prime defaults that imploded the system. It was the contagion because those modest losses were magnified by leverage.

But unlike real estate, when the collateral (the sub-prime bonds) declined in value …

… Wall Street loans come with cash calls when the “margin” between loan and collateral value shrinks too much.

Margin calls exploded throughout the system … forcing everyone to sell everything to raise cash. This crashed prices, triggering more margin calls …

… creating a vicious downward cycle until the bottom fell out.

So the Fed (and other central banks) stepped in with MASSIVE amounts of “quantitative easing” to put in a bottom and stop the free fall.

They printed trillions and bought the “toxic assets” no one else wanted. And as we now know, they’ve been unable to withdraw the patch.

After 10 years, the Fed tried to “shrink their balance sheet” and “normalize interest rates” (i.e., stop propping things up) …

… and they failed miserably on both counts. In fact, they recently had to take emergency action to blow it all back up.

So there’s a LOT of air in the financial system right now … all propped up by record levels of debt … which can only be serviced by a “booming economy”.

And that booming economy keeps the frailty of the system off many commentators’ radar … while “alarmists” like Robert Kiyosaki and Peter Schiff don’t get much media time to warn people.

The setup is the same as 2008 … just bigger. WAY bigger. And it’s all rooted in gobs of global debt …

China has taken on enormous debt to fund its phenomenal growth the over last two decades.

The coronavirus could push China into even greater debt … not to grow … but just to prop things up as their economy slows.

Corporations took on records levels of debt to fund stock buybacks over the last decade. Of course, this helped boost stock prices, but is it reliable wealth?

Households are also carrying record levels of debt … probably feeling rich because of high home and stock equity on their balance sheets.

Sure, inflated assets can make people feel rich … boosting consumer confidence … but how stable is it?

Equity is awesome … but it’s fickle. The coronavirus is writing a reality check for stock investors right now.

Meanwhile, the coronavirus is shutting down factories … even entire cities … which MASSIVELY slows economic activity … with global ramifications.

… but are barely able to make the payments working 60- or 80-hour weeks … and then your hours are cut.

Now instead of just getting by … you’re being swallowed by the debt.

Except it’s not just you … or a single corporation … or a few thousand sub-prime homeowners … or even a tiny country with a small global economic footprint.

It’s the ENTIRE globe … and it’s emanating from the second largest economy on the planet.

It’s hard for China to be the manufacturing engine of the world with closed factories and entire cities quarantined.

ALL those businesses and employees in the chain … many of which are loaded with debt … take a big pay cut … putting all that debt in danger of default.

To “save” it all, central banks will need to print like crazy … and gold prices tell us smart investors are concerned about that.

Gold is at record highs against EVERY currency in the world … except the U.S. dollar (yet).

Ironically, the financial contagion has the potential to spread FAR faster than the coronavirus itself.

But as you might guess, a scary place to be is in investments that are front-line to fragile financial markets.

That’s probably why alert investors are exiting into safer havens.

Do you see any headlines that say, “Rents are crashing as coronavirus spreads” or “Tenants break leases to escape coronavirus”?

It’s the priority in people’s lives to make those rent payments … and the ownership of a physical, tangible asset that doesn’t disappear in crisis.

Yes, if the coronavirus destroys humanity, demand for rental property will implode. But that will be the least of your worries.

And if the financial system implodes … as bad as that sounds … it will be bumpy for awhile … but a new system will be put in place.

So as long as you’re structured to weather the storm …

… you might not get richer on your current holdings, but you can probably ride out the storm.

Of course, if you’re properly prepared, you’ll be in position to go bargain shopping in such a storm … which is exactly what Ken McElroy did in 2009-2012.

The world is volatile. Real estate is relatively stable compared to most other investments. But you still need to see the big picture and think ahead.

That’s why we hang out with people like Robert Kiyosaki, Peter Schiff, Ken McElroy, Brien Lundin, and other super-smart people.

After all, it only takes one good idea or heads up to make or save you a LOT of money when things get crazy. And you never know what that’s going to happen.